A U.S. military contractor who was killed in a rocket attack in Iraq last month has been buried in Northern California.

Nawres Waleed Hamid, 33, died on December 27 at a military base near Iraq’s northern city of Kirkuk where he worked as a linguist for Virginia based Valiant Integrated Services.

The attack ignited a series of reprisals between the U.S. and Iran that have inflamed tensions in the region. Iran’s Supreme Leader warned America that Tuesday night’s missile attack on two bases was merely ‘a slap’ and said such strikes are ‘not enough’ to punish the US.

Hamid lived in the Sacramento suburb of Arden Arcade and was buried in California’s state capital on Saturday. He studied computer information science at American River College.

His widow, Noor Alkhali, told that she felt something was wrong when he stopped responding to her phone messages. 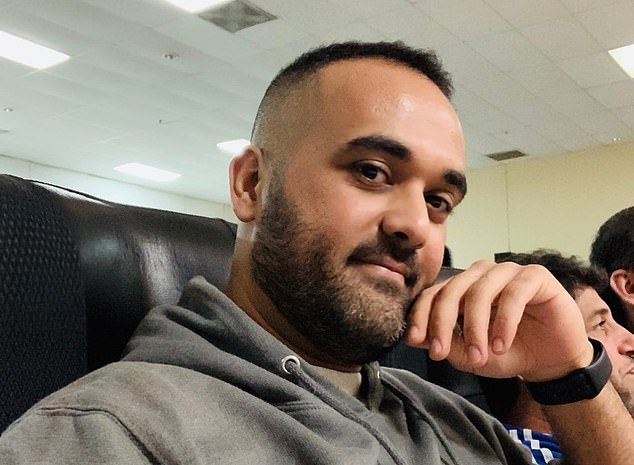 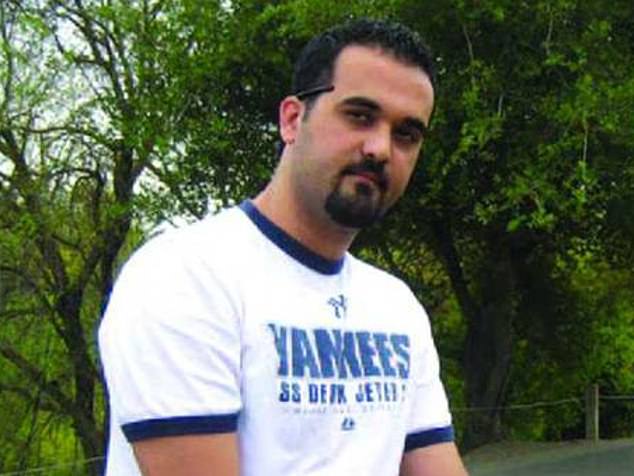 A short time later, a representative for his employer, Valiant Integrated Services, visited and broke the news of his death.

Valiant is based in Herndon, Virginia. It says its offers ‘Defense Language Interpretation and Translation Enterprise (DLITE) Support to US Army Intelligence and Security Command’ on its website.

‘He was the only person I knew here,’ Alkhalil said Tuesday as she sat with her sons, ages two and eight.

‘It still doesn’t feel real. It has been difficult to accept that he is no longer here.’

December 27: Nawres Waleed Hamid is killed in a rocket attack on a base in northern Iraq. The U.S. blames the attack on Kataeb Hezbollah, one of several Iran-backed militias operating in Iraq

December 29: U.S. airstrikes hit Kataeb Hezbollah positions in Iraq and Syria, killing at least 25 fighters and bringing vows of revenge. Iraq calls the strikes a ‘flagrant violation’ of its sovereignty.

December 31:  Hundreds of Iran-backed militiamen and their supporters barge through an outer barrier of the U.S. Embassy in Baghdad

January 5: Iran announces it will no longer abide by the nuclear deal and Iraq’s parliament holds a non-binding vote calling for the expulsion of all U.S. forces.

January 8: Iran launches several ballistic missiles on two bases in Iraq housing American troops in what it says is retaliation for the killing of Soleimani.

Hamid’s company paid for his funeral and burial at the Greater Sacramento Muslim Cemetery.

Colleagues say the family man decorated his work space with pictures of his young sons.

Hamid was born in Iraq, and the couple came to the United States in 2011 while Alkhali was pregnant, she said.

He became a naturalized US citizen in 2017, she added.

She planned to remain in California.

‘What would I return to in Iraq?’ she asked. ‘Now my focus is on my two children; they are my world.’

His neighbor Abdul Naser told : ‘One day in the morning, his wife was crying in the complex and we ask, “What’s going on? Why are you crying?” And she said, “My husband passed away”.

‘He was the best person, best communication as well to help the people. But he was a very nice person.’

Naser said he wants the US to pursue justice for Hamid, adding: ‘To protect his family, to protect their children.’

Another neighbor, Hamid Ullah Tahiry, told CBS Hamid was ‘a really good guy’, explaining he was the family’s breadwinner.

Tahiry added: ‘He was really kind and he was really close to his family, to his wife, his children.’

Following his death President Donald Trump tweeted: ‘Iran killed an American contractor, wounding many. We strongly responded, and always will.

‘Now Iran is orchestrating an attack on the U.S. Embassy in Iraq. They will be held fully responsible. In addition, we expect Iraq to use its forces to protect the Embassy, and so notified!’

‘Nawres served and sacrificed for our nation and we all owe him a debt of gratitude,’ said U.S. Rep. Doris Matsui, a Sacramento Democrat.

Virginia-based Valiant issued a statement on Tuesday calling Hamid ‘a consummate professional and highly committed member of the Valiant team who was cherished and valued by his colleagues.’

In an interview a Los Rios Community College District newsletter from 2015, when Hamid was studying at American River College he talks of being a young father juggling family with his study.

He said: ‘Almost all of ESL students have a job or a family to take care of on the weekends… In the end, we all need some space to function properly.’

Hamid’s death was blamed by the U.S. on the Kataeb Hezbollah, or Hezbollah Brigades, an Iraqi militia backed by Iran.

The U.S. responded with air strikes targeting the group’s fighters that killed 25 people in Iraq and Syria, which in turn prompted an attack on the U.S. embassy in Baghdad, followed by a U.S. drone strike near the Baghdad airport last Friday that killed Lt. Gen. Qassem Soleimani.

The killing prompted waves of mourning and threats of revenge in Iran.