Chloe Sevigny has revealed she is expecting her first child.

The American actress, 45, is reportedly five months alongand has been dating gallery director, Sinisa Mackovic for more than a year.

Chloe has not announced the news on social media yet, but  shared pictures of the star revealing her bump in a tight dress on Tuesday as Sinisa stroked her tummy. 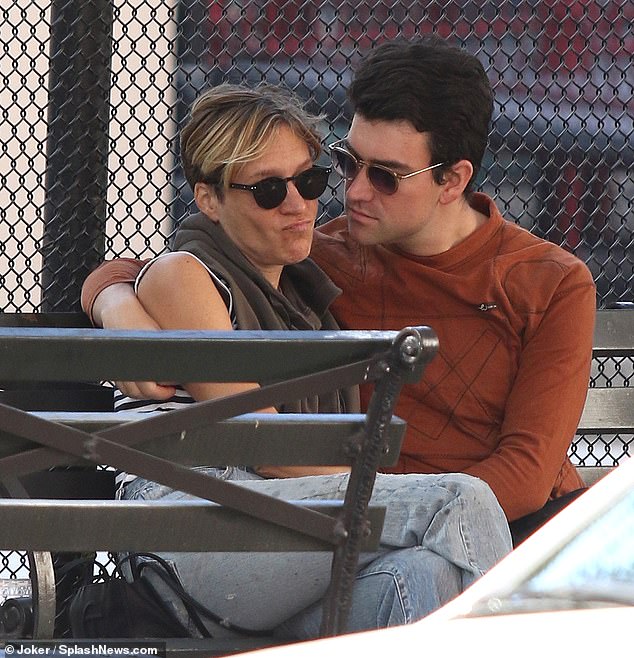 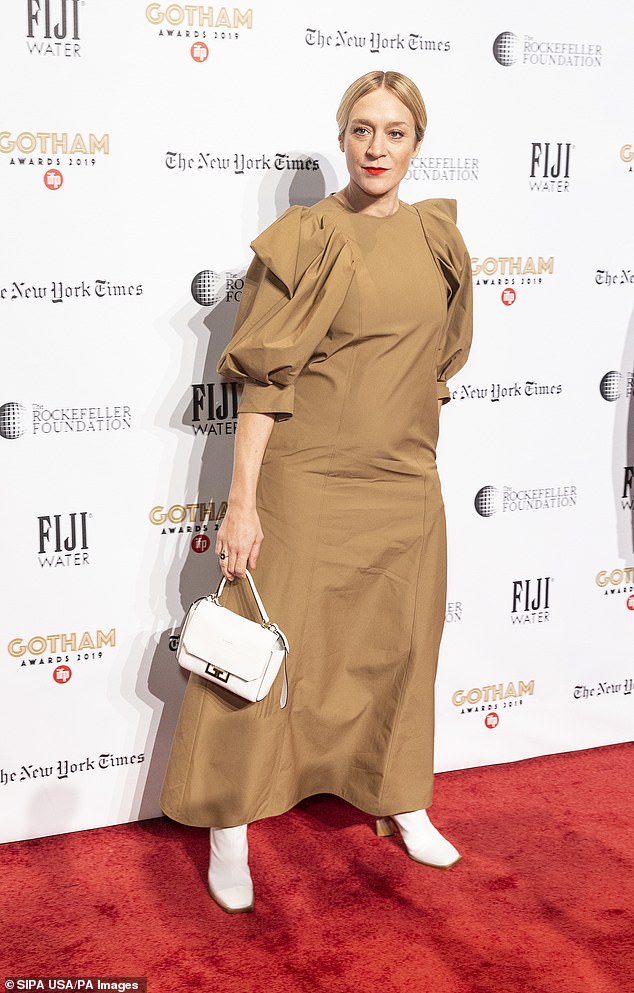 Reveal: Chloe displayed a hint of her bump when she attended the Annual Gotham Independent Film Awards back in December

Shop the current collection at Farfetch

Brown may not be a colour you normally hang in your wardrobe, but get ready for it to become a must-have shade next season.

The dark hue appeared on the SS20 runways of Fendi, Rick Owens and Victoria Beckham and even Gwyneth Paltrow has donned the colour for the 2020 Golden Globe Awards. So it’s time to jump on the bandwagon!

Here to serve up some inspiration how to effortlessly throw it on is Chloe Sevigny who wore this tented dress by Givenchy with white square toe boots.

With the constructed silhouette, maxi length and trendy puff sleeves, the dress is going to be top of everyone’s wish list as it’s the ideal piece to take you from desk to dinner.

Whilst it’s not yet available, you can replicate Chloe’s look now by snapping up a doppelganger from the carousel which includes Zara, Sea and & Other Stories.

She also hinted at pregnancy when she discussed how grateful she had been for a ‘fruitful’ year.

On Friday, Chloe shared a post that read: ‘So much gratitude for such a fruitful year, much love and many thanks to all my friends and collaborators’.

Chloe and Sinisa – the director of Karma Art Gallery in New York – were first pictured in August.

Back in 2016, Chloe told W Magazine, that she credits her youthful looks to not having children. 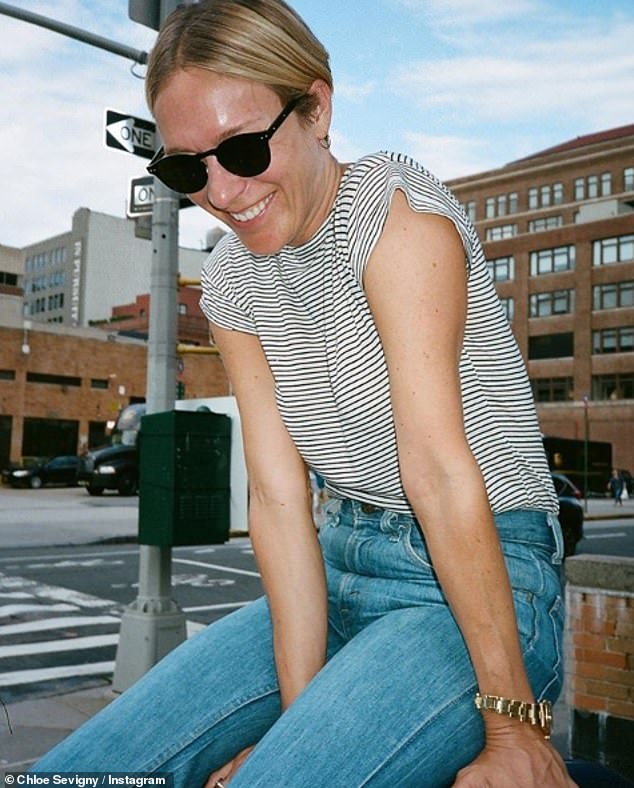 Something to say: On Friday, Chloe shared a post that read: ‘So much gratitude for such a fruitful year, much love and many thanks to all my friends and collaborators’

‘So much gratitude’: Chloe appears to be very happy at the moment

She explained: ‘I think it’s not having had a baby yet. Because I think the baby wear and tear and stress on your body is part of the reason why people say, “Why do you still look so young?” I really think that that unfortunately ages women, especially when they have children in their 30’s, not in their 20’s.’

But in September 2018, she was clear that she did hope to have a baby.

In an interview with Kristen Stewart for , she said: ‘I have pieces that I wore over and over again in high school. My collection is vast and exhaustive and a little embarrassing. 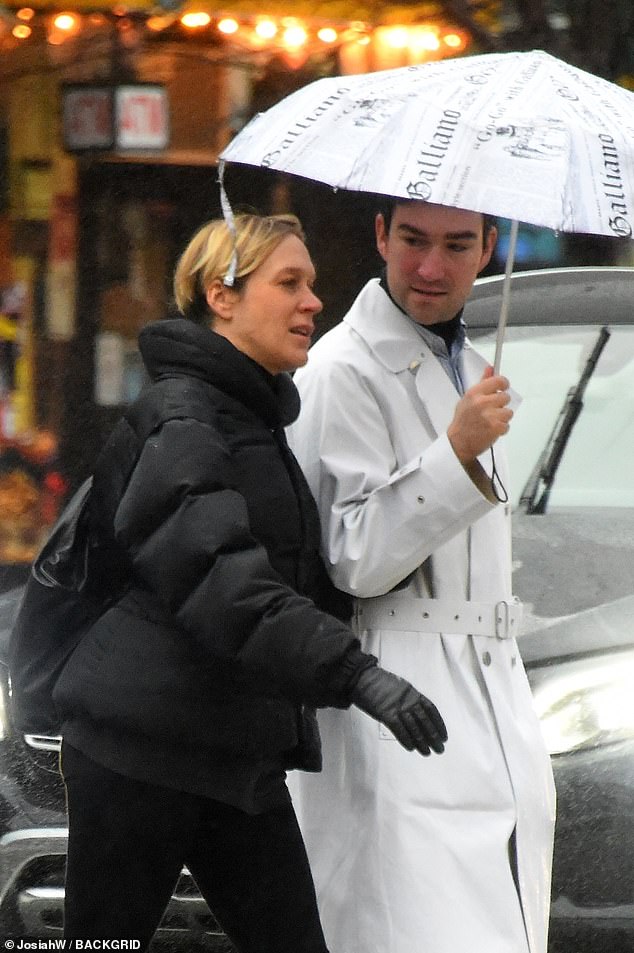 Hanging out together: Chloe and Sinisa were pictured together out in Manhattan on December 30

‘I still have the shirt I wore in the movie Kids. I have the bunny ears I made for Gummo. I have all kinds of weird articles from different characters I’ve played, photo shoots, events, my Oscar dress.

‘It’s embarrassing. I better have a daughter soon or I don’t know what’s gonna happen.’

The pair are said to have become close friends after they connected on the set of The Dead Don’t Die.

Chloe previously told The Cut: ‘I remember seeing this beautiful boy and being totally struck. He smiled at me and I melted. I was like, “Who is this kid?”‘

The actress later found Luka’s social media, where he has a large following on Instagram.

She said: ‘To me, it’s not about his style. It’s more about his energy and his vibe. I feel like it’s the same with me: People are always like, “Oh, she’s a style icon”. But it’s like, there’s gotta be something else, you know?’ 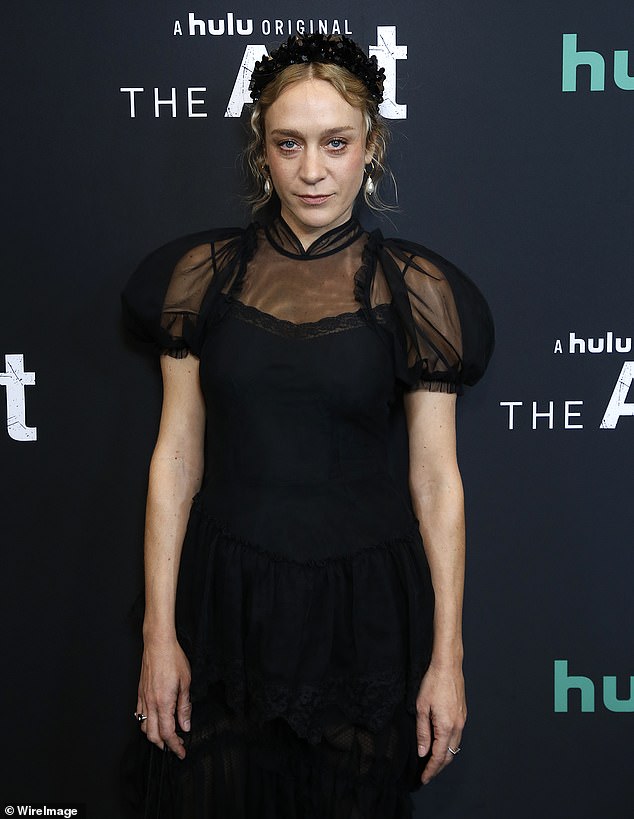 Before the news: Chloe looked incredible at New York premiere of The Act back in March