Britain faces gales of 80mph as a freezing storm over Iceland pushes in causing temperatures to plummet and travel chaos over the next few days.

The  has warned of an ‘unsettled’ week ahead as a yellow weather warning has been issued across northwestern Scotland and the North East of England for Tuesday.

Forecasters have also warned of delays on the rail, road and ferry services with closures to some bridges with fears of 1.6in (40mm) of rain over 24 hours in Northern England on Monday.

Storms will sweep in from the Atlantic yet temperatures are a lot milder for January with highs of 14C compared to an average of 7C.

However Tuesday will be a cold start for many with lows of -1C across parts of Scotland and 1C for the rest of the country as the UK will be affected by a wintry storm centered over Iceland.

Iceland will bear the brunt of the freezing storm with temperatures of -2C with strong winds from the south west and heavy snow pushing in on Tuesday.

Footage shows snow sweeping in as roads and service stations are covered in white as arctic gales drive in. 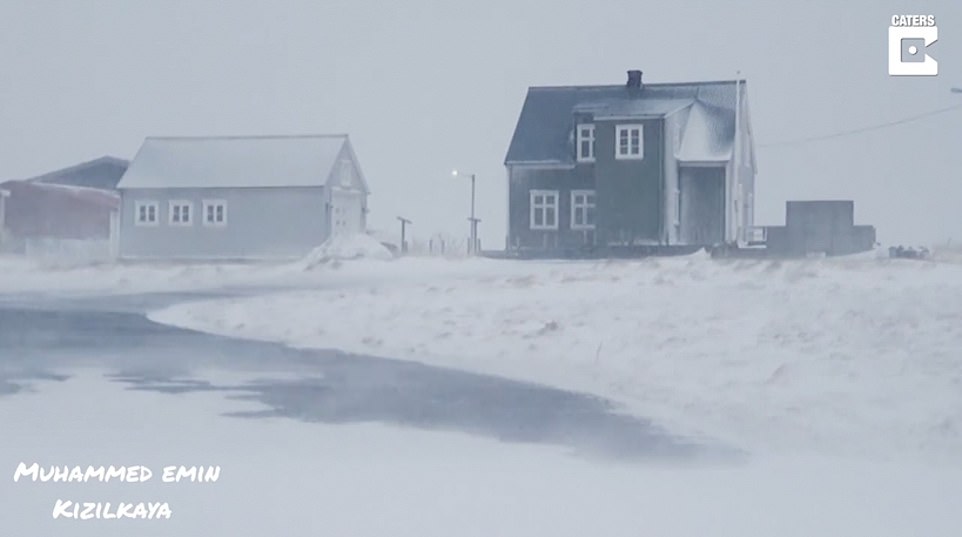 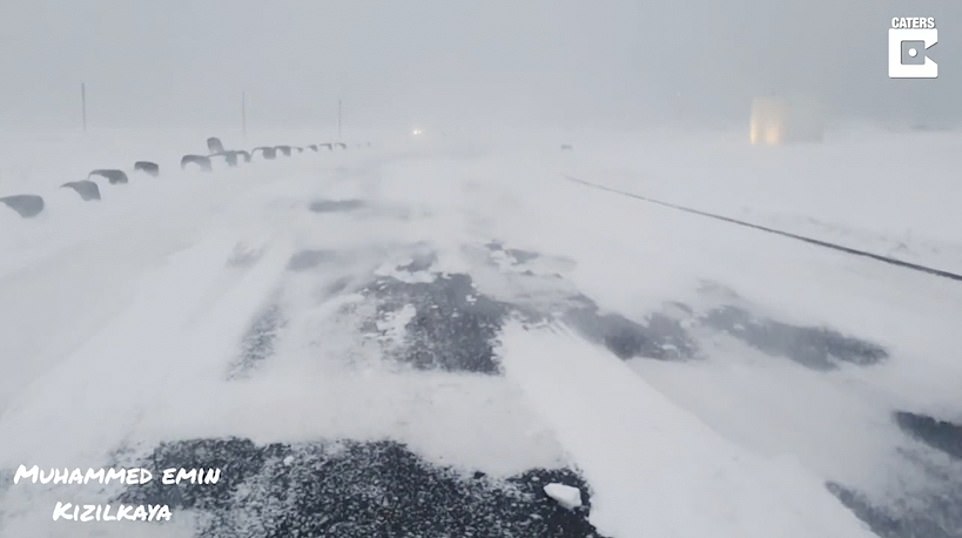 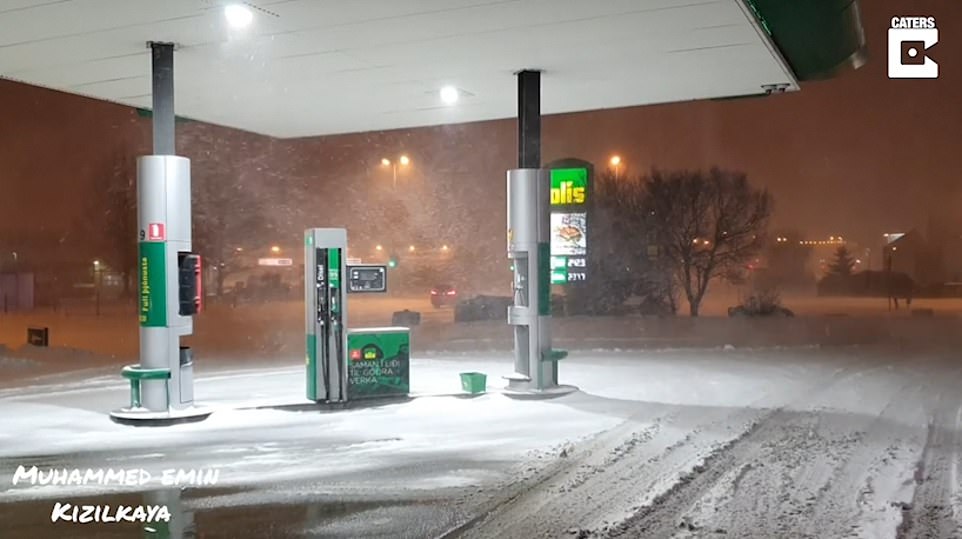 The Icelandic Met Office has issued a yellow weather warning alert along the Eastfjords coastline and in the southeast of the country.

Gusts of up to 35mph are expected in the east and forecasters are advising people to drive carefully and to secure loose objects.

Powerful jet stream winds from Iceland will steer bands of low pressure across the UK through the coming days. 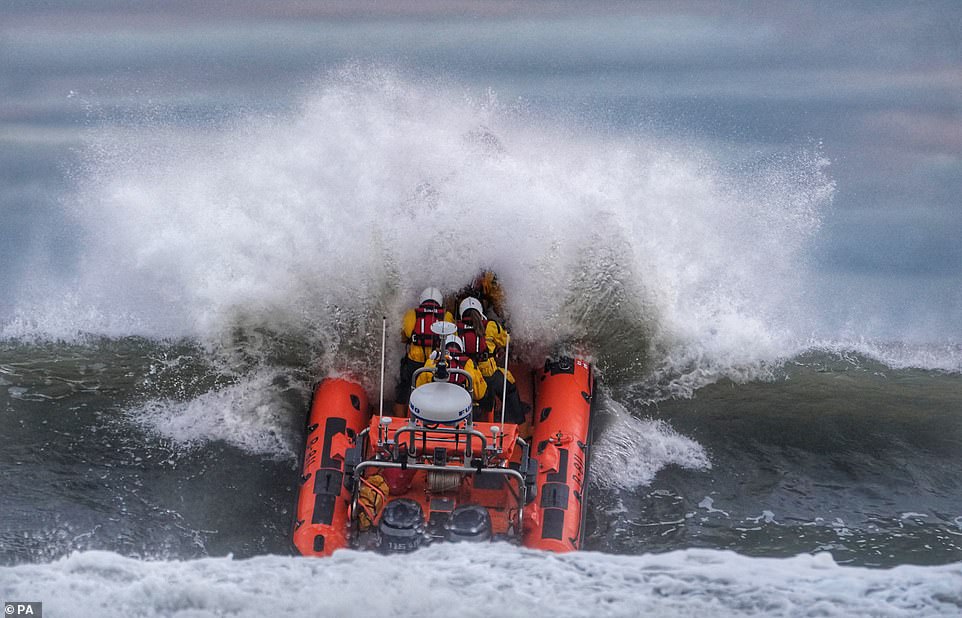 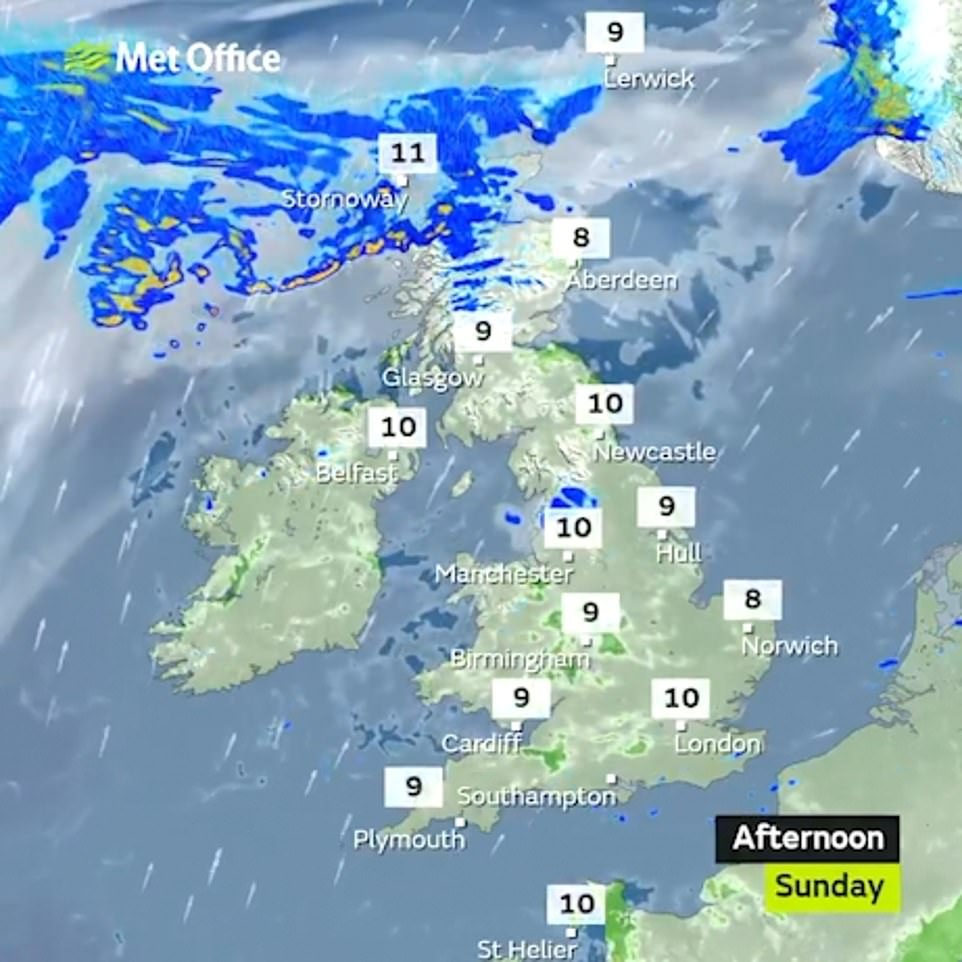 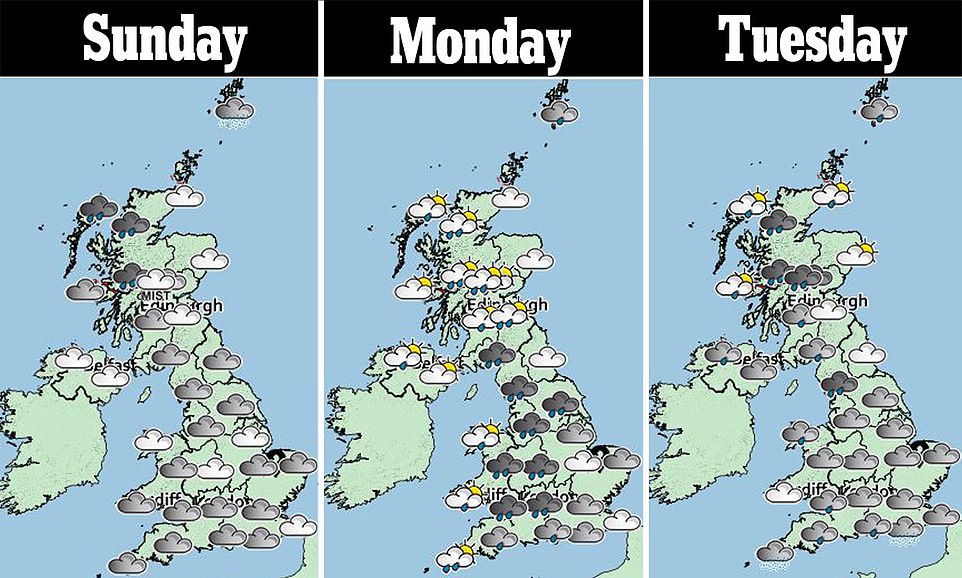 Coastal areas in Scotland and the North West of England are at risk of ‘injuries or danger to life’ with large waves and flying debris being flown onto sea fronts.

Met Office forecaster Mark Wilson told MailOnline: ‘Today most places are cloudy but many places will be dry throughout. There will be some rain mainly across Scotland and some outbreaks of rain.’

‘Over the next few days it will be a little more interesting as a band of rain pushes in. Exposed areas, especially in northwestern Scotland, will see severe gale force winds and gusts of 60 to 70mph or possibly 80mph.

‘An area of low pressure will move in over the north of the UK – winds will be stronger on Tuesday but it will be very mild for January with highs of 14 degrees.

‘Across the west there could be some wintry showers and hill snow.’

Met Office meteorologist Marco Petagna added: ‘One low pressure system will come in on Monday followed by another on Tuesday and a third on Thursday.

‘The centres of these lows are over Iceland, our wet and windy weather will be associated with these lows. 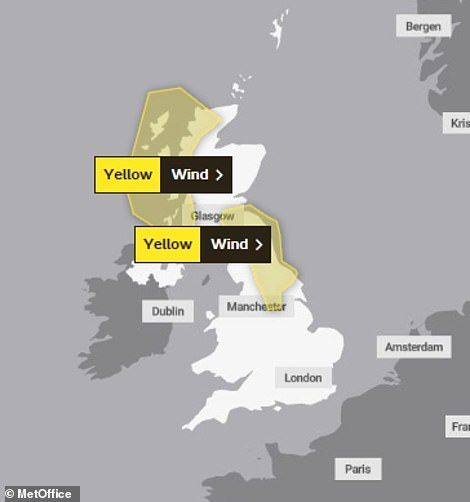 The Met Office has issued a yellow weather warning for Tuesday

‘There will be a risk of severe gales on Tuesday before it turns briefly calmer but colder on Wednesday, another low pressure comes in on Thursday.’

Mr Petagna said: ‘It is going to be unusually mild through much of the week and we could see temperatures in the mid-teens.

‘While there is air coming in from quite far south, around the Azores, the high temperatures will be driven by the foehn effect which sees air fall over the hills drying, compressing and warming as it does.

‘On Wednesday it will be colder especially across Scotland and the north where it will still be quite windy, we could see snow over the hills and even to lower levels at times.

‘By the end of the week it looks as though the worst of the weather will remain over northern Britain with drier conditions starting to set in further south.

‘These low-pressure systems will be steered in by the jet stream which is very strong at the moment as it travels across the Atlantic from America.

‘The jet is also helping to deepen these lows as they come into Britain.’

Sydney is bombarded with severe thunderstorm warning
‘Fuming’ newlywed erects SCAFFOLDING outside Tui shop over claims travel firm ruined his wedding
Hitman who has gunned down more than 500 victims reveals how he stopped counting at 492
How did a British diver stranded 300ft under sea survive with NO oxygen for 38 minutes?
Quentin Tarantino is quizzed over Margot Robbie's lack of lines in Once Upon a Time in Hollywood
New experiment shows which of our favourite biscuits lasts the longest in our cuppas
Theresa May warns her successor it is their 'duty' to strengthen the United Kingdom
Virgin Mary 'appears in the sky' over Argentina as locals say she is protecting them