The cab of one truck has been completely demolished while the send careered over an embankment with its trailer dangling precariously over the edge.

The incident happened around 6.40am.

Bedfordshire Police has closed the motorway in both directions causing traffic chaos for thousands of football fans travelling to this afternoon’s  matches.

The smash happened in an area which had been recently upgraded to a ‘smart motorway’ with the installation of a ‘dynamic hard shoulder’ which can be used as a fourth lane during times of heavy congestion. 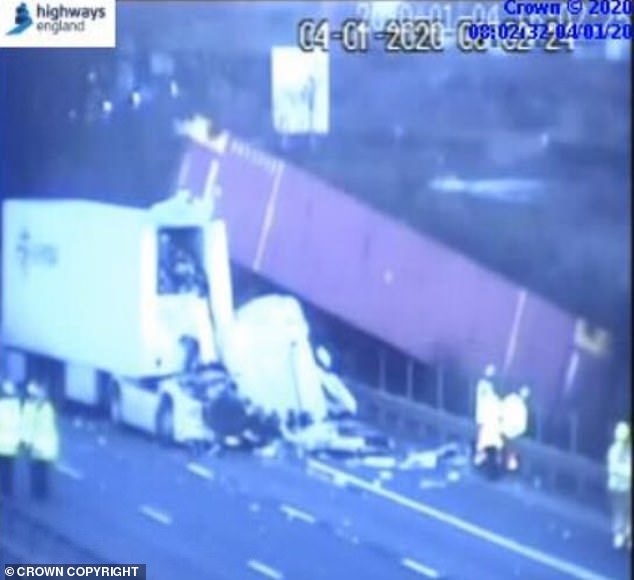 This is the horrific scene after two HGVs were involved in a crash on the M1 Motorway just north of Luton Airport before 8am today. The carriageway is expected to be closed until tomorrow morning while the recovery operation continues 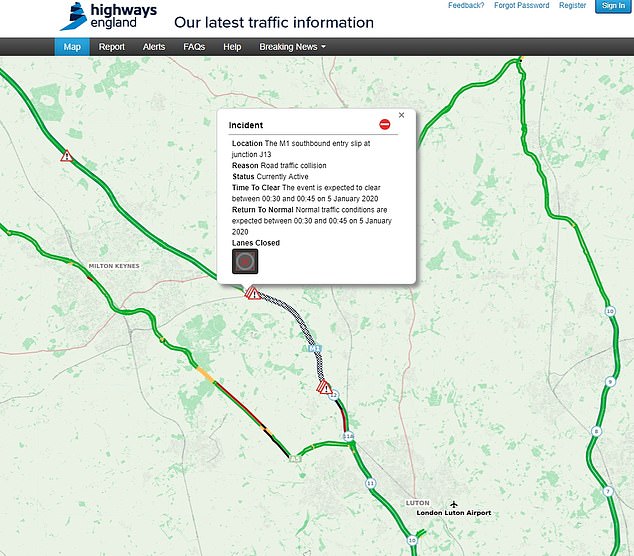 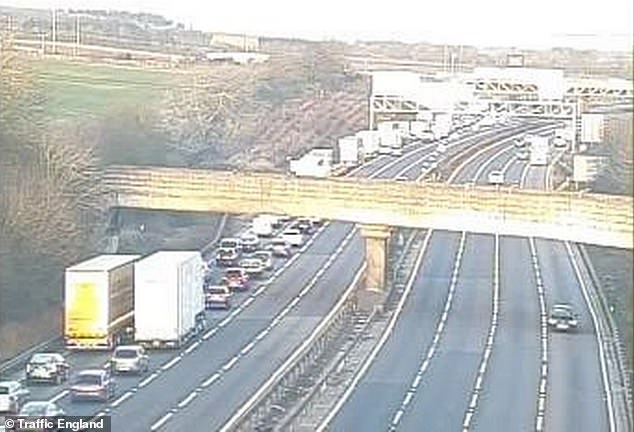 According to Highways England’s website, normal traffic conditions in the area are not expected to resume until the early hours of tomorrow morning.

The incident happened before 8am on the M1 southbound between Junction 12 and 13.

Bedfordshire Fire and Rescue as well as Bedfordshire Police are at the scene. There has been no confirmation yet as to the condition of both drivers.

A major recovery operation is underway while traffic police are trying to determine how the crash happened.

Removing the trucks will also be a tricky operation as one of them smashed through the crash barrier and is balanced over the side of an embankment.

Once both trucks are removed, highway engineers will examine the carriageway to determine what work will need to be done to reopen the road.

If the trucks spilled diesel on the tarmac as a result of bursting their fuel tanks, the road surface may need to be replaced before the motorway can reopen.

Bedfordshire Police told MailOnline: ‘Emergency services are currently at the scene of a serious road traffic collision on the southbound carriageway of the M1.

‘We were called at around 6.43am this morning (Saturday) to reports that two HGVs had been involved in a collision between J13 and J12.

‘The motorway is currently closed in both directions while we and fellow emergency services deal with the incident.

‘Anyone with information is asked to call police on 101 quoting Op Effervescence.’ 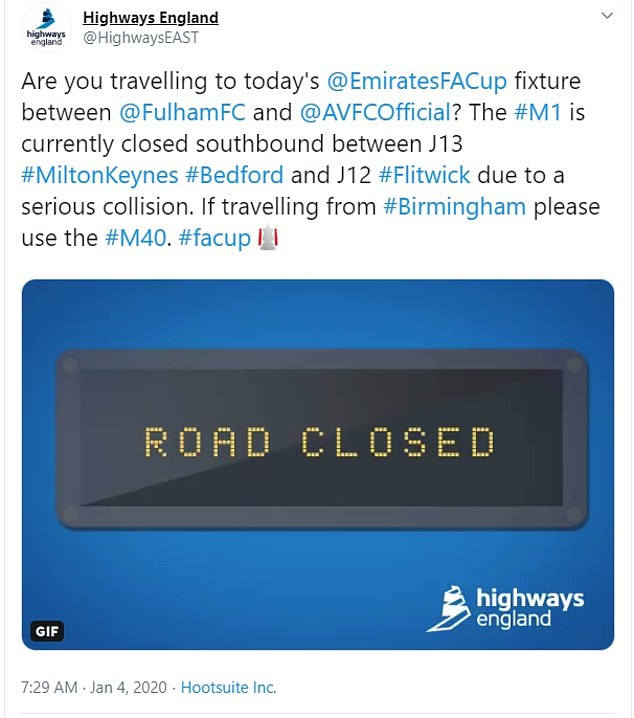 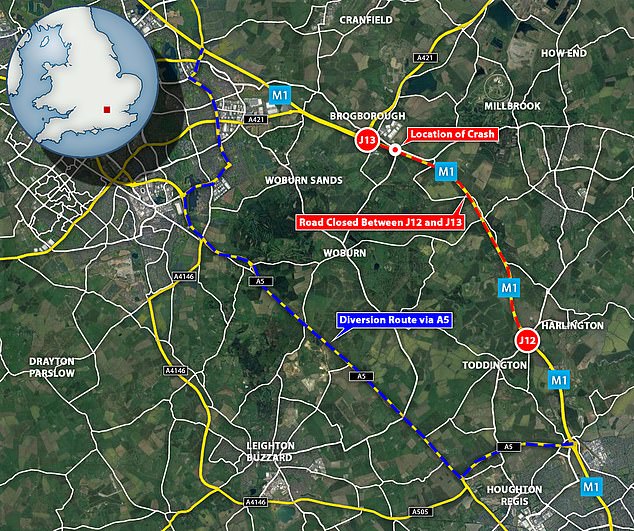 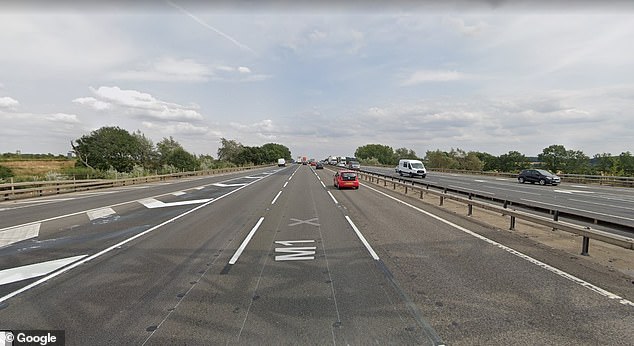 Homeowners are trapped in worthless flats after landlords refuse to replace Grenfell cladding
Wembley lights up in the colours of Leicester as the world of football comes together
Jimmy Butler going to 76ers from Minnesota
Wage growth hits the highest rate in a decade at 3.4 per cent
Three arrested for attempted murder as boy, 15, fights for his life after he was stabbed
Dracula's Claes Bang is firmly on the ascent
Man who filmed Ahmaud Arbery shooting is arrested
Police identify body found in woods as belonging to Louise Smith, 16