turned a mega-church revival meeting into a campaign rally on Friday, riffing at a Miami gathering of politicall friendly evangelicals on meandering topics including claims of Democratic Party anti-Semitism and the U.S. airstrike that killed a hated Iranian general.

Trump took the stage at King Jesus International Ministry in Miami and stood as a group of seven pastors prayed over him. Then, surveying the crowd, he made his usual boast that the room wasn’t big enough for his audience. Empty seats told a different story. 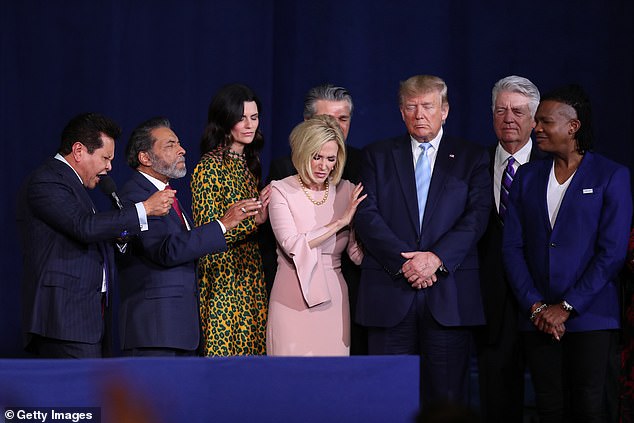 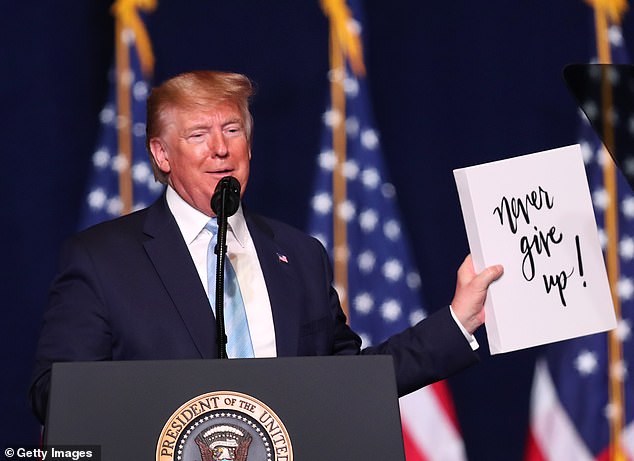 President Donald Trump entertained evangalicals at a political-rally-style revival meeting on Friday, slamming Democrats, taking a victory lap after his latest airstrike, and claiming thousands of people were turned away at the door 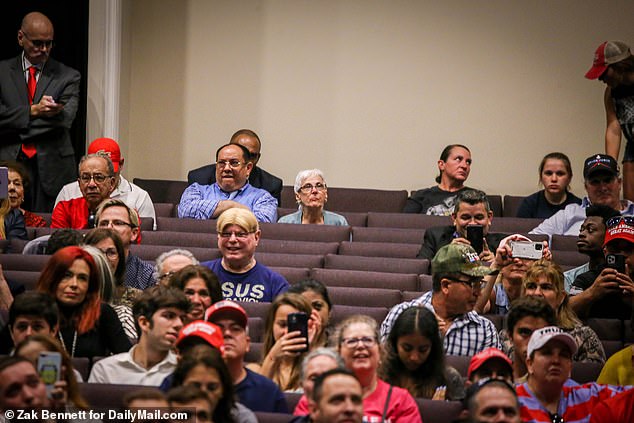 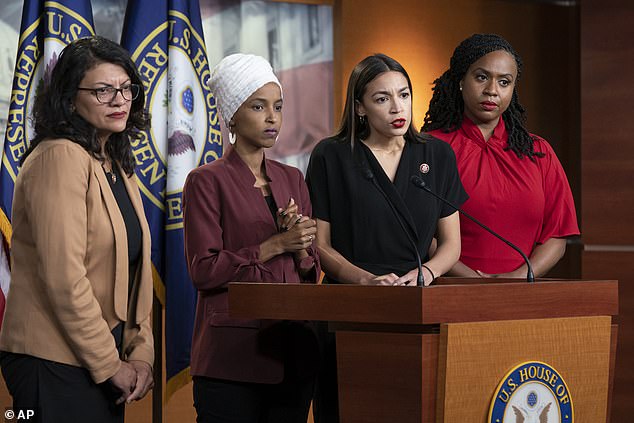 ‘Thank you for this incredible crowd. They have thousands of people outside trying to get in,’ Trump said, joking that ‘if you’re truly religious you should give up your seat right now and let them come in.’

Photos and video of the congregation showed empty seats in the back. Observers on the scene said there was no line outside by the time the president spoke.

But the chants of ‘Four More Years!’—unusual for a church—told him the details didn’t matter.

Trump had already delivered public remarks about the strike that killed ten terrorist leaders including Iran’s highest ranking general. But even in a house of worship, he relished the missile attack moments after hands were laid on him in prayer.

‘Qassem Soleimani has been killed and his bloody rampage is now, forever gone,’ the president told the crowd. ‘He was plotting attacks against Americans but now we’ve insured his atrocities have been stopped for good.’

‘He was planning a very major attack,’ the president said. ‘And we got him!’

The president applauded Thursday’s ‘flawless strike’ at the Baghdad airport, which has thrown the Middle East into greater turmoil than usual. And he reminded the crowd that he had given the order to kill leader Abu Bakr al-Baghdadi three months before. 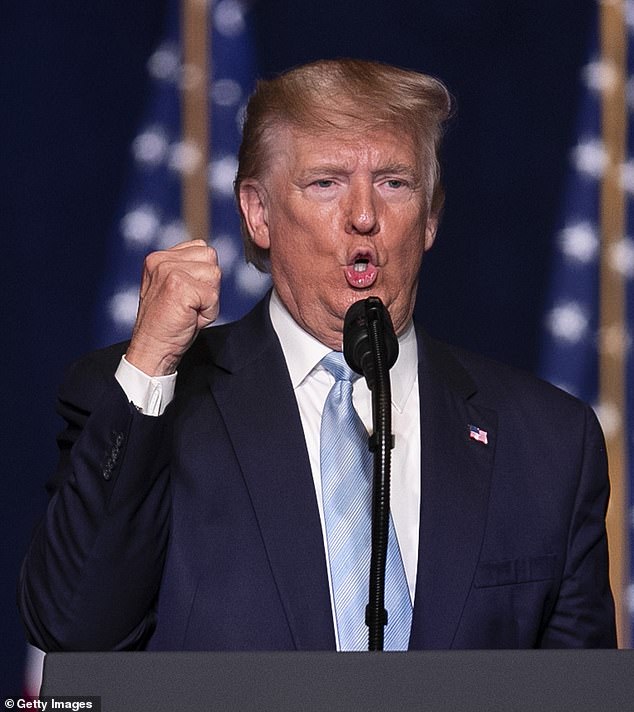 President Trump’s first public appearance after Thursday’s strike on an Iranian leader was at an ‘Evangelicals for Trump’ event in Miami, Florida 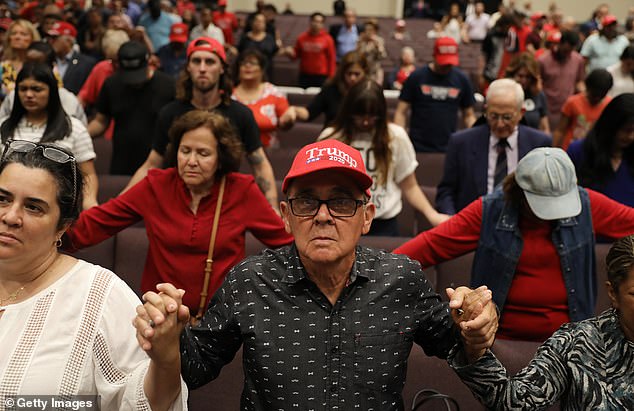 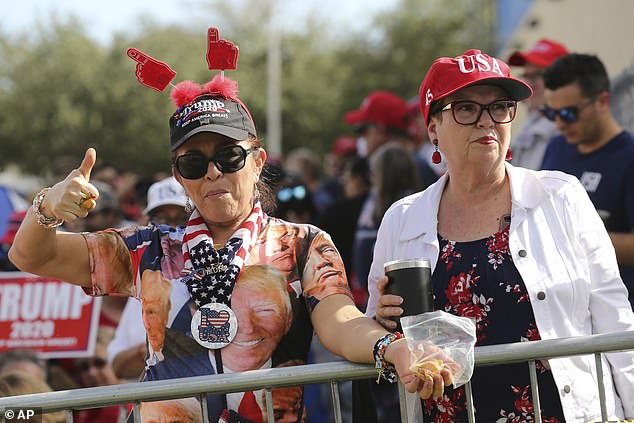 President Trump’s supporters wait for his arrival at an ‘Evangelicals for Trump’  event in Miami, Florida on Friday

‘He was a depraved butcher who will never again hurt another innocent person,’ Trump called the ‘savage leader’ of ISIS.

‘So let this be a warning to terrorists, if you value your own life, you will not threaten the lives of American citizens.’

Trump stood among faith leaders as audience members, many in MAGA hats, outstretched their arms toward the heavens.

The mega-church boasted 10 jumbotron screens, a full drum set and giant speakers.  The only music Trump needed was his normal walk-on tune, ‘I’m Proud to be an American.’ 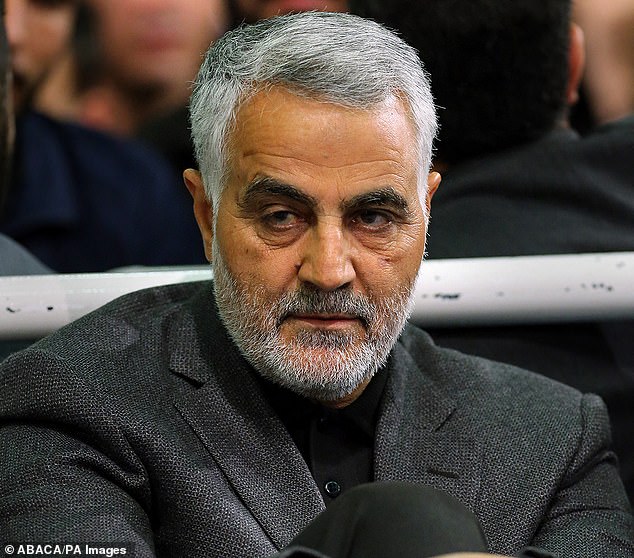 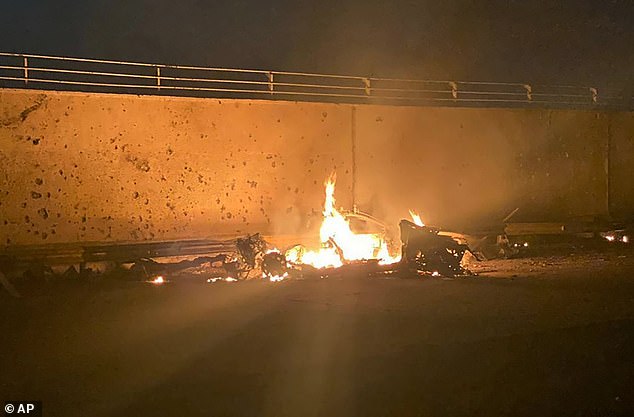 ‘He was planning a very major attack,’ the president said, of Soleimani, ‘and we got him!’ This photo shows a car burning at Baghdad Airport after a drone-borne missile slammed into it Thursday night

‘By the way, how boring are those debates?’ he asked to laughs.

Trump called Elizabeth Warren ‘Pocahontas’ and Pete Buttigieg ‘Alfred E. Neuman.’ He mocked Beto O’Rourke, who dropped out of the 2020 race two months ago for being a Texan who campaigns against oil, a dig Trump has used often at campaign events.

The president’s red-meat material was about dedication to ‘faith and family,’ and a strident defense of gun rights and school prayer.

And he boasted his pro-life bona fides, bringing a young woman from California onstage to talk about how she decided to bring an unplanned pregnancy to term.

Mentioning the American Civil Liberties Union’s involvement in a religious liberty court case he commented, ‘That’s a group of beauties.’

He picked on the media, pointing to dozens of cameras shooting in his direction.

As journalists filed out of the church, some in the crowd booed.