A 38-year-old driver has been caught watching TV from behind the steering wheel while driving at 40mph along the M6.

The unnamed motorist, who was driving a people carrier, received a £100 fine and a warning from police after they were spotted cruising down the motorway with their mobile phone propped on the dashboard.

Footage of the driver, who was caught watching the screen of their phone between J15, for Stoke-on-Trent, and Stafford services, has since been released on Staffordshire Police’s Twitter account.

During the clip, which was captured by the Central Motorway Police Group, the motorist was seen driving along the inside lane of the motorway, which has a 50mph speed limit, while a TV programme played on their phone.

The phone remained centrally placed on the driver’s dashboard as they continued to cruise at 40mph along the motorway located in the west of England.

Officers from the Central Motorway Police Group had pulled up alongside the motorist in order to film the careless motorist through the window. 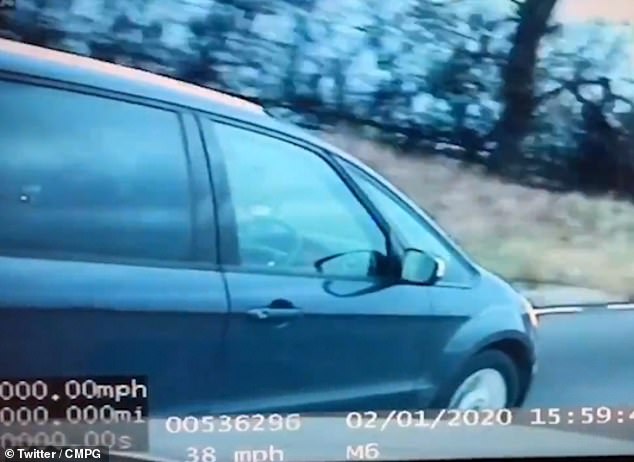 The unnamed motorist, 38, was caught watching TV while cruising along the M6 between J15, for Stoke-on-Trent, and Stafford services, at 40mph on January 2 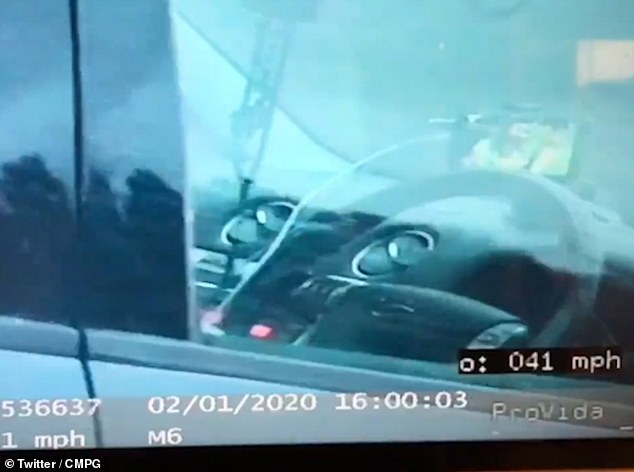 Taking to social media to warn other drivers about the dangers of driving while watching TV Staffordshire Police wrote: ‘Not the greatest idea to catch up on the TV whilst behind the wheel.

‘A 38-year-old from Stoke given a telling off and £100 fine after being spotted this afternoon. #Fatal4.’

The video was also shared on Central Motorway Police Group’s Twitter page under the caption: ‘Lane one of the M6 at Stafford in the roadworks section is not an acceptable place to catch up on the TV! Driver reported.’

'Lazarus' the cockatoo rises from the dead after being rescued from Queensland's 'hailnado'
Irish woman's rant after denied drink on Air India flight to Heathrow
Chef who always dreamed of a TV career finally lands her own show at 53
Pound slumps to four-month low amid Brexit gridlock at Westminster
Girl, nine, has such fragile skin that the lightest graze leaves her with 'burns'
Prime Minister Boris Johnson has spoken to the Queen after Supreme Court Brexit ruling
Mystery as grave of infamous Nazi Reinhard Heydrich - the Butcher of Prague - is dug up in Berlin
Caroline Flack booked luxury day for dog Ruby before suicide