Love Actually fans are being asked to stop posing in front of the bright pink house made famous by the classic after its owner was left increasingly frustrated by the unwanted attention.

Royal Borough of Kensington and Chelsea council has taken the unprecedented step of asking tourists to stop visiting the private property, located in St Lukes Mews, Notting Hill, and has asked fans to pick alternatives to visit.

The house, which sits a stone’s throw away from Portobello Road Market, was used for the film’s most iconic scene, which saw Mark, played by Andrew Lincoln, profess his love for Juliet, played by Keira Knightley, using a series of cards to declare: ‘To me, you are perfect.’

Following the success of the Richard Curtis romcom, hundreds of pictures began to circulate on social media showing bloggers and Instagrammers posing outside the colourful house. 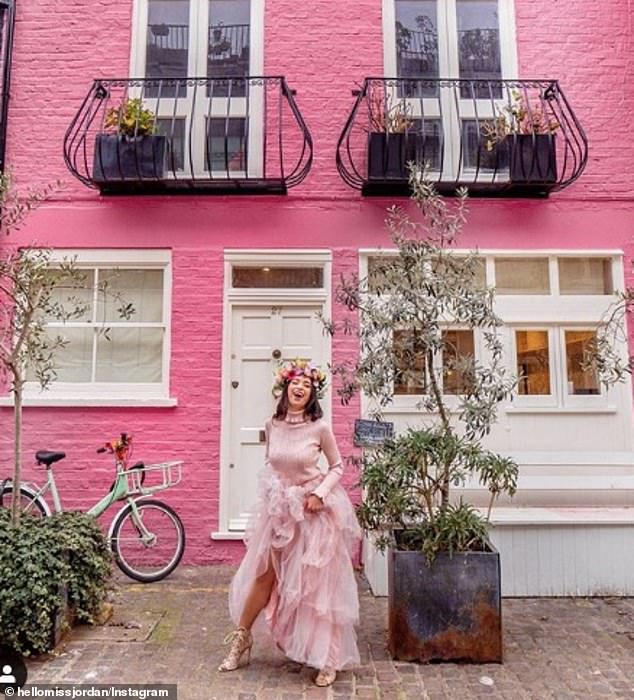 The bright pink house, located in St Lukes Mews, Notting Hill, has seen hundreds of bloggers and Instagrammers pose outside its door 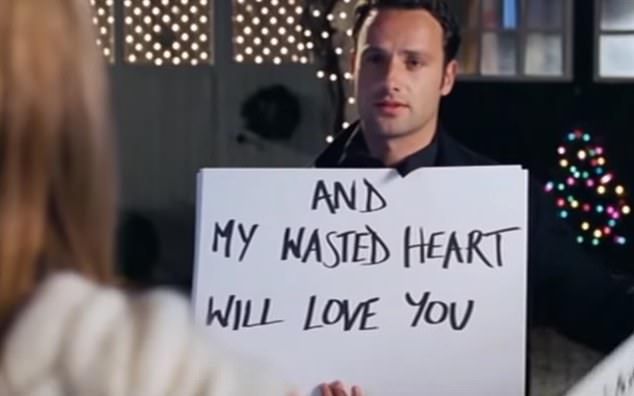 The house was made famous when it featured in the romantic comedy’s most iconic scene, which saw Mark, played by Andrew Lincoln (pictured), admit his love for Juliet, played by Keira Knightley

In December 2019, Prime Minister Boris Johnson created a parody of the iconic scene from the 2003 film by replacing the words on the placards with messages that read: ‘We’ll have Brexit done.’

During the three-minute comedy clip, Mr Johnson approached a voter on her doorstep and showed her a series of white cards which reinforced his message to see Brexit through following the General Election.

However the stunt received a backlash from Labour MP for Tooting Dr Rosena Allin-Khan, who accused the Tory Prime Minister of stealing her idea, and actor Hugh Grant, who said while the video was well made it showed the Conservative Party had ‘an awful lot of money’ to spend.

Despite the property’s attraction, a council spokesman has now said they were ‘stepping in to help protect the resident’s privacy and encourage visitors to try out other famous locations in the borough.’

They added that fans of the cult classic would be better off visiting Portobello Road, used in the 2014 Paddington movie and its 2017 sequel and home to the world-famous market. 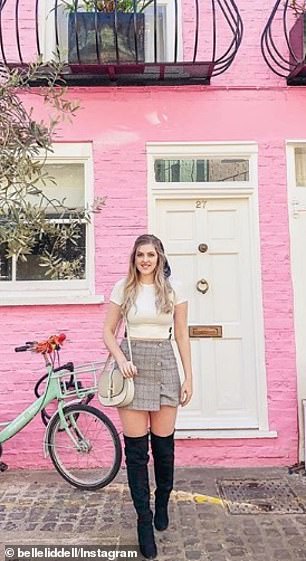 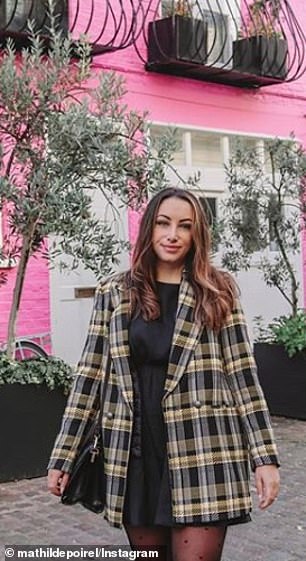 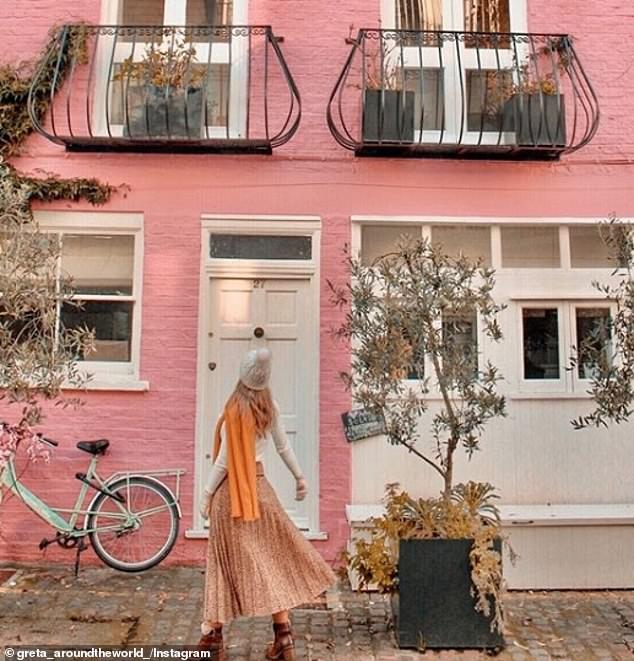 Following the film’s success in 2003, the house has seen a number of tourists take pictures outside 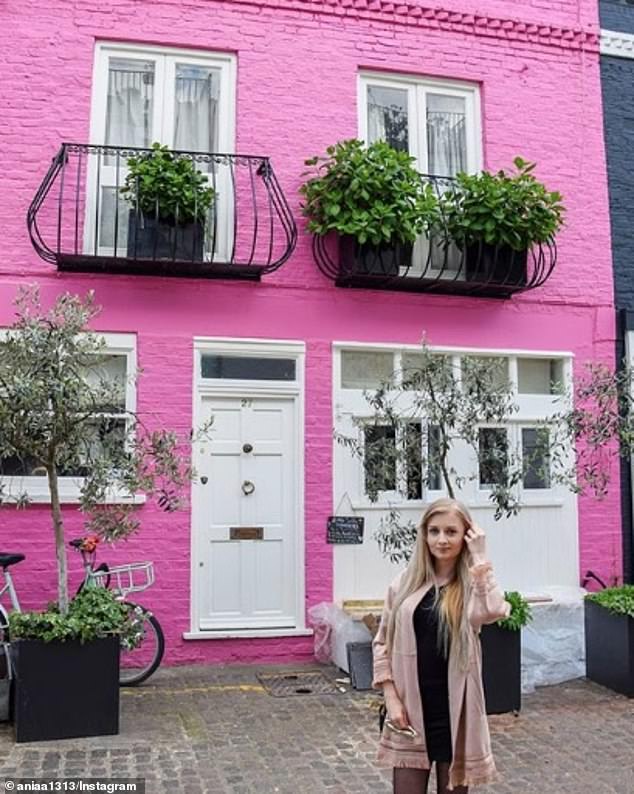 Despite the attention the property receives from tourists, fans are being asked to seek alternatives

They also suggested tourists visit the location for the famous fight scene between Colin Firth and Hugh Grant in the second Bridget Jones’s Diary film in Kensington Gardens.

The homeowner, who told the council she did not want to be named, said: ‘I had no idea this house was in the film when I bought it before the Instagram craze and now I am living under a blanket of selfies, tour guides and a queue of tourists lining up to take photos on weekends.

‘They even walk into my house if the door is open thinking it’s some sort of theme park.’

She said that she had now put up a donation box outside and would give the money to homeless charities in the area.

She added: ‘Trying to make a good thing out of this intrusive situation I am asking that people respect the fact that not everyone has a home over their head and donate to homeless charities, either themselves or through the little pink box outside. 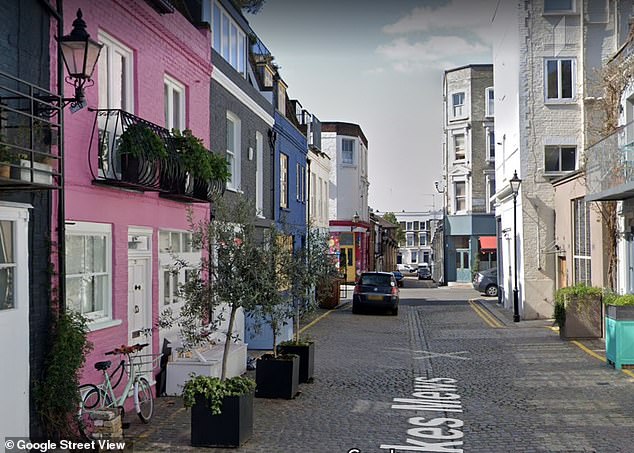 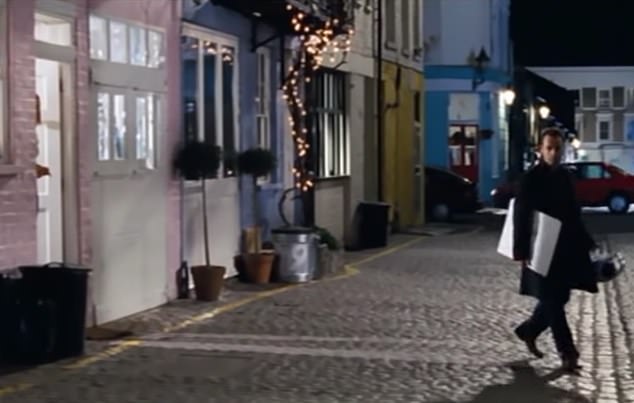 In the Christmas classic Mark, played by Andrew Lincoln, professes his love for Juliet, played by Keira Knightly, before walking back down the cobbled street with his radio 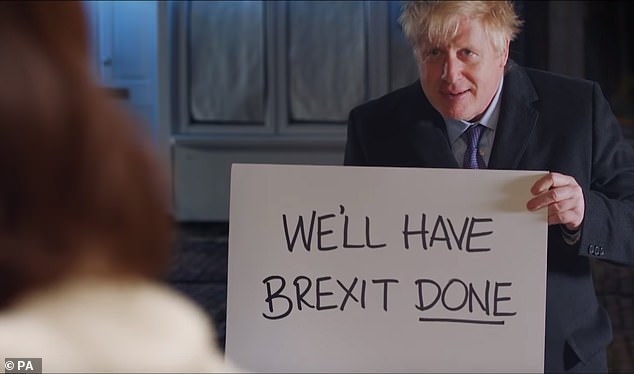 In December 209, Boris Johnson recreated the iconic scene from Love Actually to reinforce his Brexit message

‘I have helped several people into shelters and all proceeds go to local good causes.

‘Those who make money out of bringing tours round to the mews, sometimes in a blacked out minibus, for their own personal gain should think twice.’

Public records say the house was last sold for £1.04m in 2007 and its owner is understood to be a female partner at a London law firm.

A Royal Borough of Kensington and Chelsea spokesperson said: ‘We want to help to protect our residents’ privacy.

‘Our borough is home to so many famous scenes from well-loved film and television. There’s loads to see, so we’re encouraging visitors to give the owners of the ”Love Actually house” a break and try out Portobello Road or one of our beautiful parks instead.’ 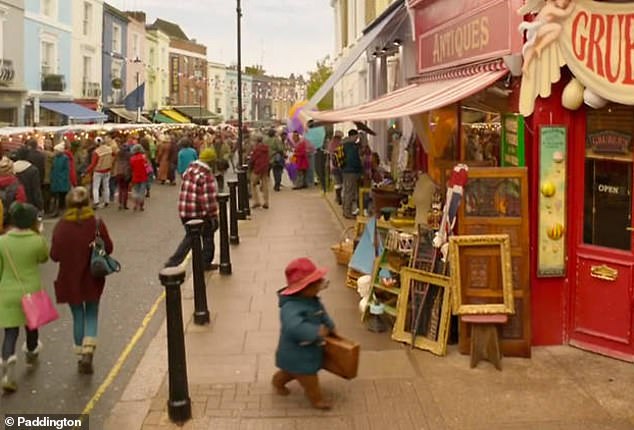 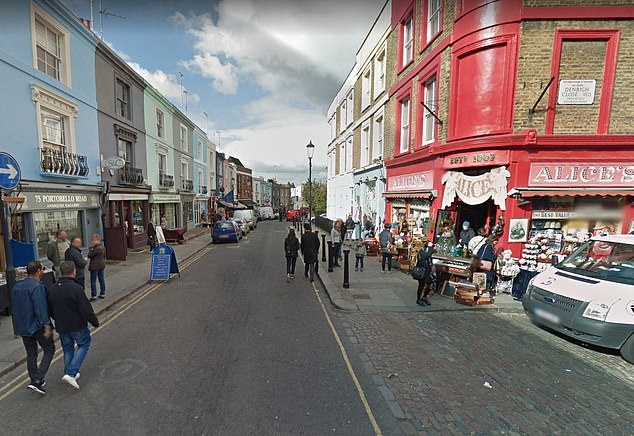 Portobello Road (pictured), which is located in Notting Hill, hosts an array of antique stores and is also home to the world famous Portobello Road Market 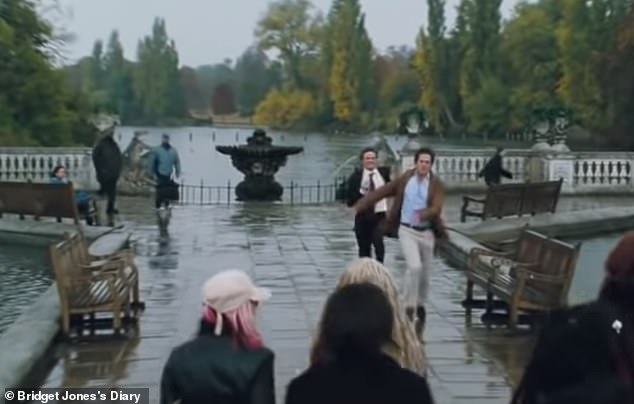 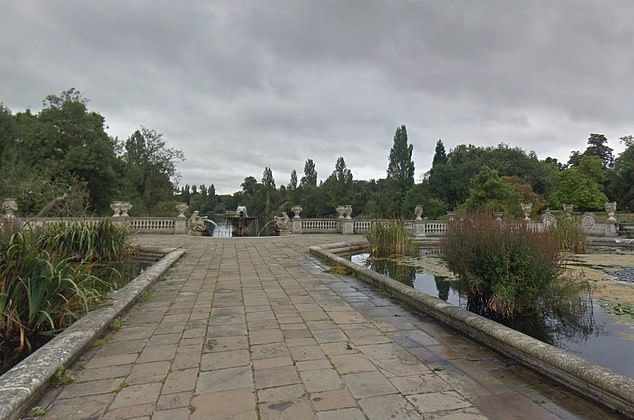 Facebook and Twitter defend efforts to halt US election...
Pittsburgh synagogue victims include 97-year-old, pair...
Father-of-three, 35, and his baby son 'were just 20 seconds from home' when they were killed
Australian tourists travelling to the UK fear for their safety due to soaring crime rates
Gatwick knifeman won't be charged as he is detained under Mental Health Act
Brit woman, 36, dies after jumping into swimming pool on Spain's Costa Blanca
Boris Johnson slams Labour's 'crackpot communist' broadband plan
Why drinking too much TEA during lockdown is bad for you, expert claims