At least 28 people are missing as catastrophic bushfires continue to tear through Victoria’s east.

Premier Daniel Andrews confirmed two people have been killed and the number of missing people has climbed to 28 from 17 on Friday.

‘We have grave fears for the safety and wellbeing of those 28 people who cannot be located,’ Mr Andrews said in a press conference.

‘Having said that, though, these numbers will move around. A number of people who were part of the original 17 were located yesterday.’ 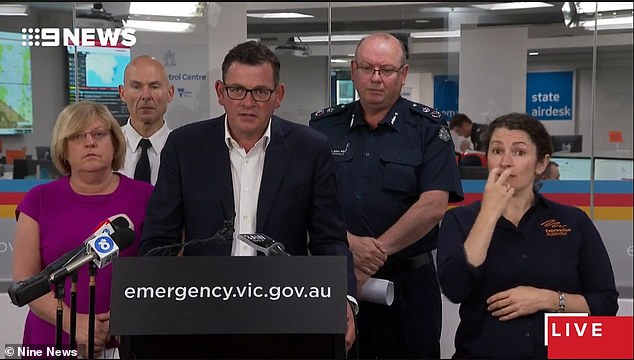 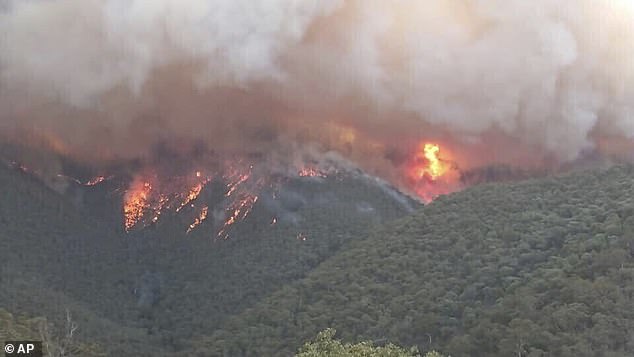 Smoke rises from wildfires burning in East Gippsland, Victoria. A state of disaster was declared in the region on Thursday 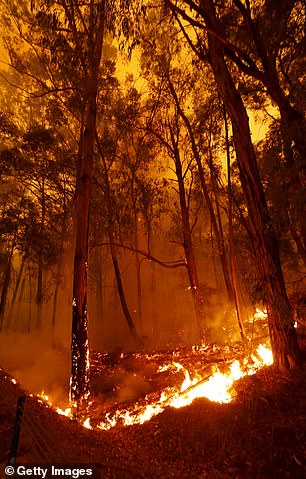 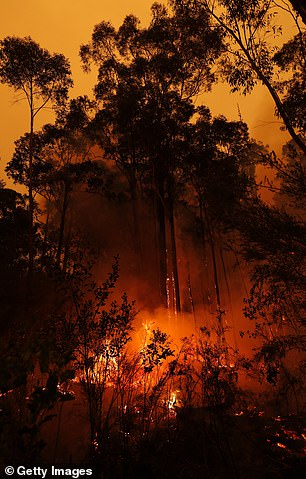 Bushfires burn between the townships of Bemm River and Cann River in eastern Gippsland on January 02,

The news comes after the Victorian premier declared a state of disaster for East Gippsland on Thursday night.

These powers have never been used before and allow authorities to compel people to leave.

Residents in northeastern communities including Biggara, Tintaldra, Towong, Towong Upper, Walwa, Nariel Valley, Lucyvale, Berringama,Koetong, Shelley and Burrowye are being ordered to get out. 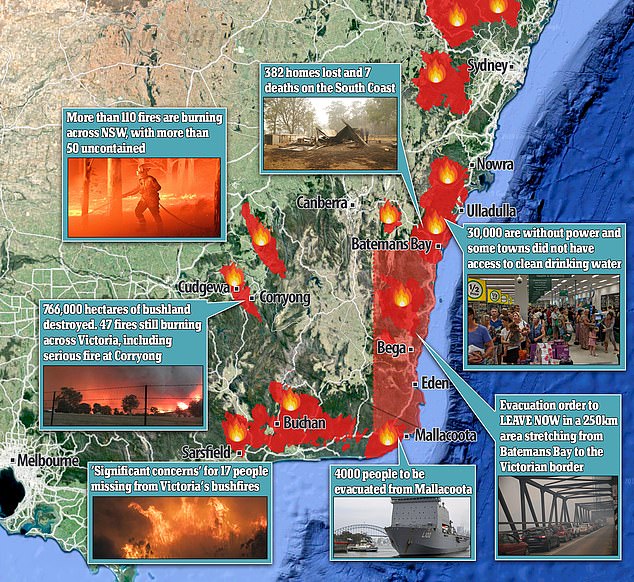 Tourists and residents have been told to evacuate a 250km stretch of the New South Wales south coast (pictured) as devastating bushfires threaten the area, along with an area of the Shoalhaven between Burrill Lake north and Nowra

‘If you can leave, you must leave. That’s the only safe thing for you, your family and, indeed, for others who may be called to your assistance,’ the premier told reporters on Friday.

‘We cannot guarantee your safety.’

More than 780,000 hectares have been razed by about 50 fires burning in the state’s east and northeast.

The state is bracing for the worst as weather conditions are expected to create more blazes in the region.

WHAT IS A STATE OF DISASTER?

A state of disaster has been declared or the first time in Victoria, as deadly bushfires rage in East Gippsland and the northeast.

It can be statewide or region-specific

It can be revoked or varied by the premier at any time. 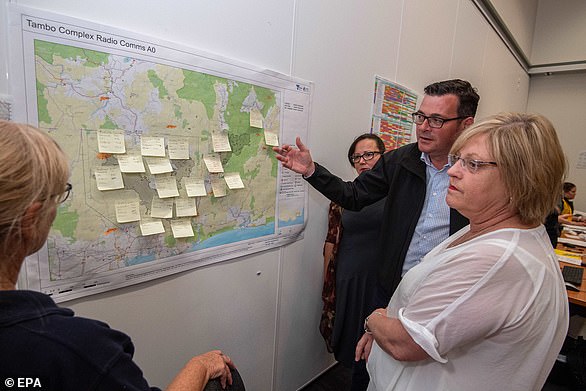 This is the first time these powers have been used since they were included in the Emergency Management Act 1986 after the 2009 Black Saturday bushfires.

‘We face unprecedented risk to life and property in coming days. If you can leave, then you must leave. We cannot guarantee your safety,” Premier Daniel Andrews

‘This declaration is all about keeping our people safe, whether that’s our emergency services, our firefighters and communities,’ Emergency Management Commissioner Andrew Crisp said.

‘Are we going to be arresting people who don’t leave. No we’re not, there would be too many of those, but we are trying to send the strongest message that we are using the strongest powers available to us to tell the Victorian community in those areas that this is a dangerous situation and lives are absolutely at risk,’ Emergency Services Minister Lisa Neville said.

‘If you’ve made a decision to not listen to advice, you’re actually putting other people under threat, because they will still come and try and save you,’ East Gippsland Mayor John White said.

A mass evacuation is also underway in the popular holiday town of Mallacoota where more than 4,000 locals and tourists have been stranded since the devastating bushfires on New Year’s Eve.

The first evacuees boarded the Navy ship, the MV Sycamore, from the fire ravaged coastal town at 8.40am on Friday. 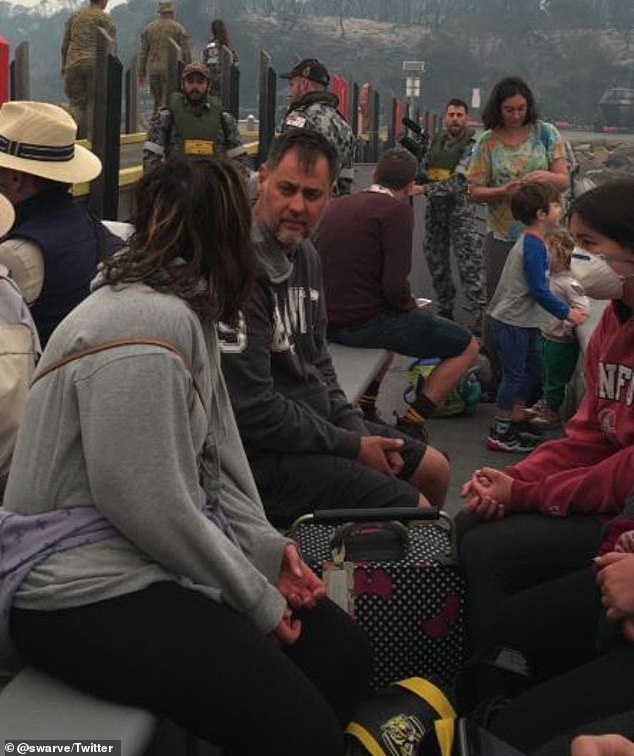 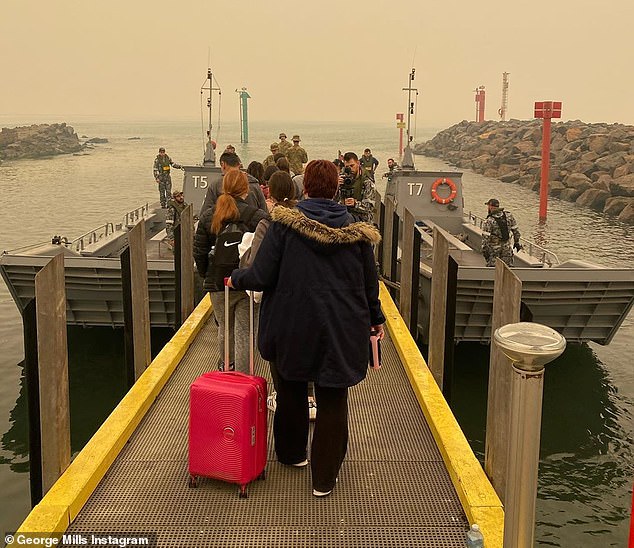 About 100 people, including families with small children, were seen wearing masks and carrying just a few personal items as they were escorted by military personnel to the wharf early in the morning. Some even managed to save their pets, which were along for the journey too.

The voyage to Western Port in southern Victoria, which is expected to take 20 hours, comes after thousands of people spent four days in limbo after being told it was too dangerous to leave the seaside town following the bushfires on Tuesday.

The fires have claimed at least seven lives, taking the death toll for Australia’s catastrophic fire season to 18. 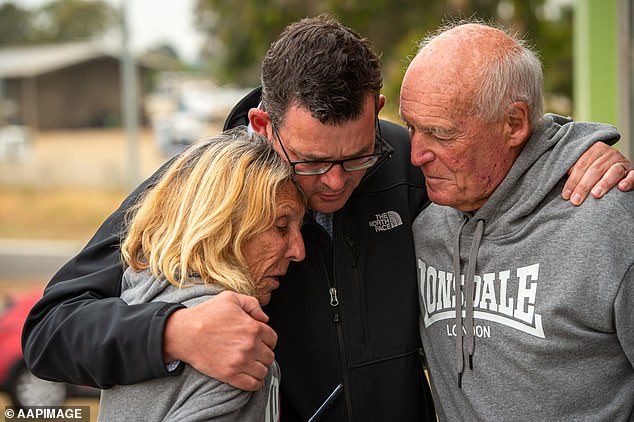 Manchester United manager Jose Mourinho frustrated by his team's dip in motivation and focus
Malaysia's king becomes first to abdicate throne since country gained independence 60 years ago
The star sign most likely to cheat on their partner in 2019 - and the ones who will remain faithful
Instagram is seeking to eclipse Pinterest by adding a public 'Collections' feature
Video game addict, 17, is found slumped dead on his computer in Thailand
Shopper who bought a Chinese vase for £1 in a charity shop has sold it for a staggering £484,000
Shocking new footage shows 'heavy handed security guard kicking youth in the head'
Oscars 2020 red carpet: Olivia Coleman debuts blonde hairdo