Five men aged between 19 and 23 were arrested in multiple raids across England today as police foiled a suspected terror plot.

The suspects were held in Manchester, Peterborough and north  on suspicion of terror offences, Scotland Yard has said. Multiple properties in the cities are also being searched by specialist officers.

The Met has refused to give details about the alleged plot but said the arrests are not linked to the London Bridge attack in November where convicted terrorist Usman Khan went on a stabbing spree, fatally wounding two Cambridge university graduates and injuring several others. 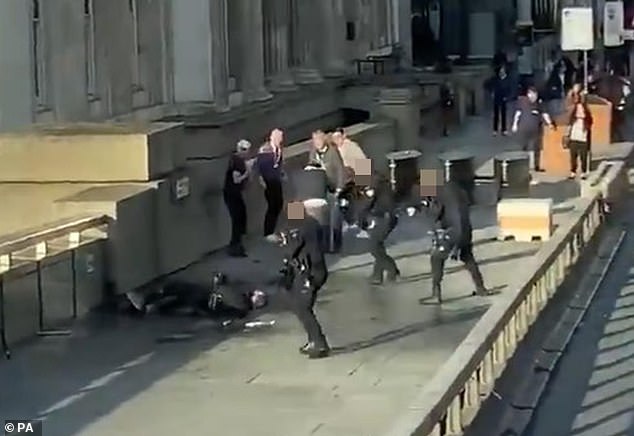 Despite the timing of the raids, police said they have not foiled an attack linked to New Year’s Eve festivities tomorrow.

A Metropolitan Police spokesman said the arrests were pre-planned and stressed ‘there is not believed to be any imminent threat to the public’. 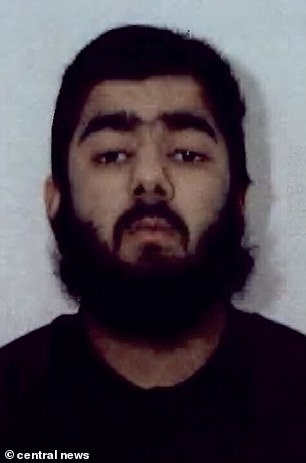 Searches are under way at addresses in Manchester, Peterborough and north London.

‘The men were arrested on the morning of Monday, 30 December at addresses in north London, Manchester and the Peterborough areas. 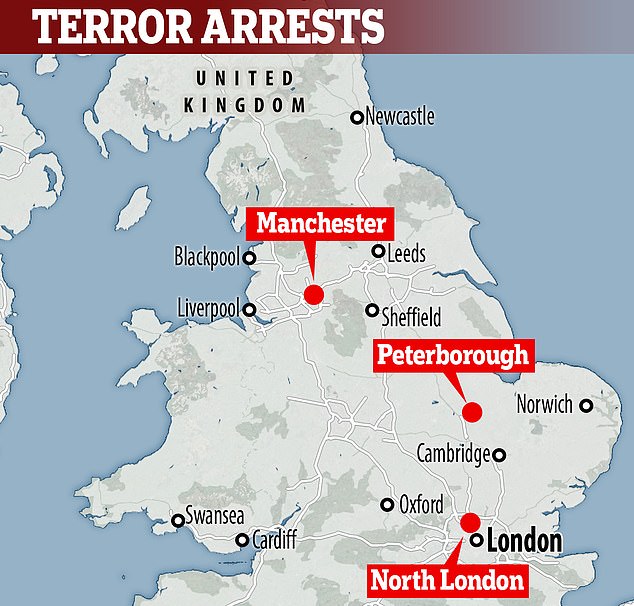 The suspects, aged between 19 and 23, were held in Manchester, Peterborough and north London on suspicion of terror offences, Scotland Yard has said

‘All five men remain in police custody at this time’.

Those arrested for plotting a terror attack included a 21 year old in Manchester, a 19 year old in Peterborough and two men, aged 22 and 23, in north London.

A 19-year-old suspected of encouraging terrorism was arrested in Peterborough.

Rocanne Pallett PICTURE EXCLUSIVE: Ex Emmerdale star wows in stylish white bikini in Portugal
Is this the worst piece of home decor EVER?
Kim Kardashian arrives for law school exam in LA
UN Khashoggi report piles pressure on Saudi crown prince
Vegan activist who 'rescued' pig showed 'shocking lack of judgement' when took it to London flat
Goldsmith who made jewels for the royal family wins £125,000 after NHS surgery
Who replaces the police? BLM activists call for officers to be replaced with social workers
Dispatches reveals how 33% of meat in shop sarnies is untraceable