Three more days to go until the Twenty/Twenties. There is something wonderfully primeval about the way we still use landmark dates as a spur to action.

We’ve just got over the unnecessarily stressful deadline many of us imposed on ourselves: get the work proposal finished, tidy out the cupboards, mend the small leak in the shower screen that’s been there for months.

All of which could have waited another couple of weeks. And now we hand ourselves another, at the turn of the decade.

I wonder if we made the same kind of New Year resolutions before 1752 when January 1 replaced March 25 as New Year’s Day. March, with more light and sun, would have been a much easier time for self-improvement. 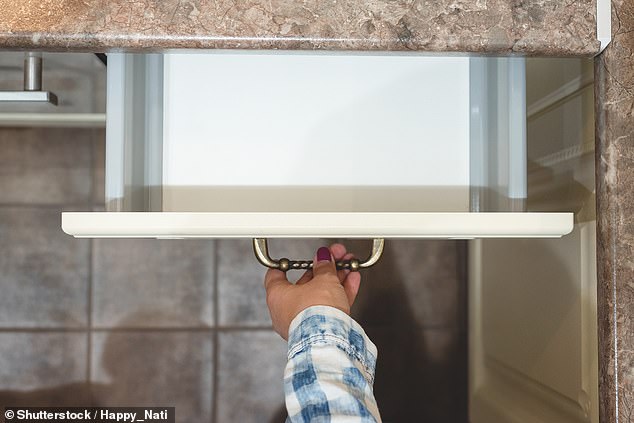 It’s goodbye to leaving drawers and cupboard doors open all over the house and not allowing my family to finish their sentences before butting in, writes Alexandra Shulman

No one in their right mind should attempt a new diet and exercise regime in the darkest, serotonin-deprived days of winter. Bearing this in mind, I usually bottle out of any resolutions, but this year have decided to ring the changes and am promising to do something about the things that annoy me about myself.

The aspects of my behaviour that annoy others are too numerous to address, but it’s possible I could irritate myself less, which might be a good start to the decade.

So it’s goodbye to leaving drawers and cupboard doors open all over the house, not allowing my family to finish their sentences before butting in, neglecting to listen to names when someone is introduced and leaving the stove-top coffee pot unwashed on the hob all day. I could, of course, go on… and on but that would be too depressing.

I have high hopes that next year the Twitter backlash will gain momentum.

Twitter may have a justification as a town crier for important announcements, and it can undoubtedly play a valuable role rallying dissent, as it did during the heady days of the Arab Spring (before we realised what difficulties would follow).

But generally it’s one of the most unaccountable, aggressive and pointless innovations of the century. Even Fran Unsworth, the BBC’s head of news and current affairs, is planning to re-examine how Twitter is used. 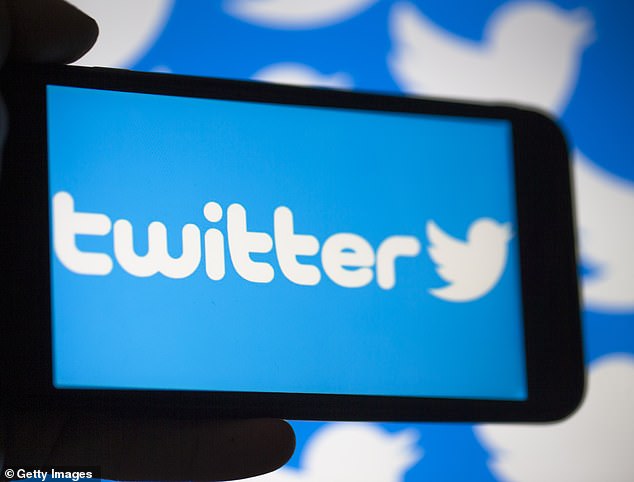 I have high hopes that next year the Twitter backlash will gain momentum, writes Alexandra Shulman (stock image)

Twitter reduces information and expertise to the lowest common denominator: the number of followers someone has receives more recognition than years of professional experience; hordes of pseudonymous trolls, given a platform, use it to bang out illiterate and knee-jerk vitriol; paid-for PR messaging is tweeted under the guise of personal opinion; and celebrities use teams of social-media staff in order to give themselves a veneer of accessibility.

I have a Twitter account because it has become as much a part of being a journalist as a typewriter used to be. But, unlike many journalists, I rarely use it. Not so long ago, a hack’s chosen displacement activity was a glass of red at a local hostelry. Now it’s engaging in acrimonious disputes bashed out in a mind-numbingly over-simplified 140 characters. 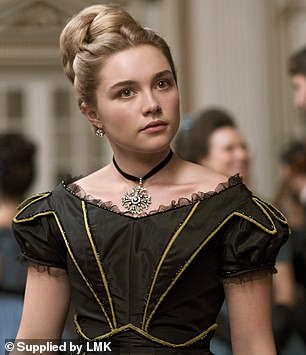 The new adaptation of Little Women won’t change the minds of anyone who has read the original novel.

If you loved the book, you will adore this beautifully shot film. If, like me, you never identified with this tale of the trials, conflicts and frustrations that surround female achievement, you most likely won’t be converted.

Curiously, director Greta Gerwig cast two Brits and one Irish actress as three out of the four March sisters in this tale set in the American Civil War. (And a shoutout here for the brilliant Florence Pugh, who, as the stormy, brattish Amy, gives Saoirse Ronan’s Jo a run for her money as the March you most want to be.)

Hollywood is often criticised for the paucity of roles for older actresses but, with its current focus on blockbuster superhero and action movies, this casting is evidence that it’s also failing to nurture a home-grown, twentysomething generation of female character actresses to follow in the footsteps of Meryl Streep and Susan Sarandon.

If you want to get rich, bet on Tim Rice

A couple of weeks before the Election, I made a £100 bet over dinner with Sir Tim Rice that the Conservatives wouldn’t get a majority. Just before Christmas, Sir Tim got in touch to call in the debt, suggesting his winnings be donated to the London Library, where he is President and I am a Vice President.

He was quite right to claim the payment. No point in making a bet if you aren’t going to pay up. I, though, had completely forgotten about having made the wager in the first place and am absolutely sure that if I had been the winner, I would never have thought to ask him to pay. Which, I conclude, is why Tim Rice is a hugely successful and wealthy musical entrepreneur. And I am not.

The worst gift of all? An invisible tree

I still remember how as a child, the sight of an envelope being handed over as a gift was somewhat gloomy. It most probably contained a dull old book token.

I wonder if today’s children get a similar feeling when they discover that instead of leaving a beautifully wrapped gift under their Christmas tree, a relative or godparent has planted a tree in their name in some unspecified forest halfway across the world.

…but all I got was an insult for Christmas

Least favourite comment of the season: ‘Your hair’s gone all funny today’, kindly volunteered after my DIY blow-dry before Christmas lunch.