Tamara Ecclestone continued to shirk her recent £50 million jewel heist as she spent at the ski slopes of Switzerland with her daughter Sophia.

The Formula One heiress, 35, was wrapped up against the cold weather in a silver padded jacket as she headed down the slopes in Gstaad with her young daughter.

Tamara has jetted to Switzerland with Sophia, five, and her husband Jay Rutland, 35, to celebrate Christmas, after hinting on social media that they were determined to put the drama of their recent raid behind them. 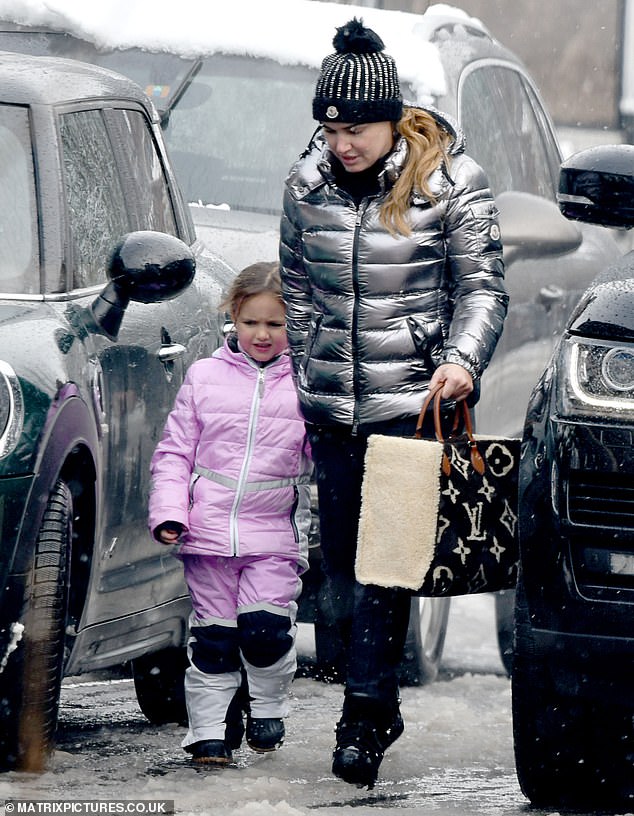 Family fun: Tamara Ecclestone continued to shirk her recent £50 million jewel heist as she spent Christmas at the ski slopes of Switzerland with her daughter Sophia

Tamara cut a casual figure as she headed through the picturesque snowy landscape with her daughter, as she prepared to have a private skiing lesson.

The star was wrapped up in her silver padded jacket with skinny black trousers and a bobble hat covered with silver sequins and carried her essentials in a Louis Vuitton sheepskin bag.

After Sophia’s lesson on the slopes, Tamara took her daughter back to her presumably so they could drive back to the lodge where they were staying for the festive season. 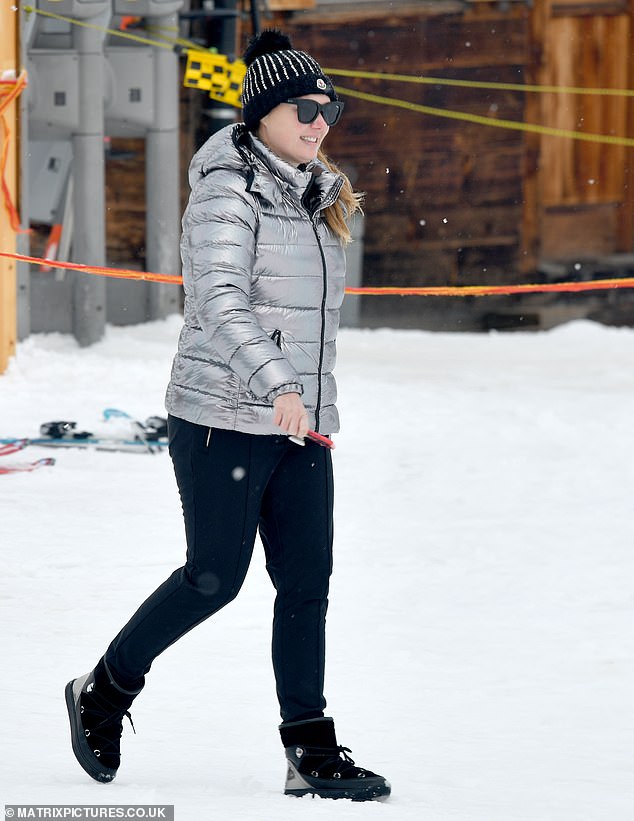 Cosy: The Formula One heiress, 35, was wrapped up against the cold weather in a silver padded jacket as she headed down the slopes in Gstaad with her young daughter

Both Tamara and her husband seem determined to put the drama of the raid behind them with Jay echoing his millionaire wife’s philosophy to move on.

The kind-hearted beauty has vowed that ‘nothing will dampen’ their ‘festive spirit, despite the robbery at their London home.

Jay shared an image on Instagram with a caption saying that it ‘more important than any possessions’ that his family were safe following the raid in which diamond earrings and jewel-encrusted watches were stolen.

And he wrote: ‘Never ruin a good day by thinking about a bad yesterday. Let it go.’

Three raiders reportedly broke into Tamara’s 57-room mansion through the garden before heading straight to the safes and spending around 50 minutes in the house, which is located on one of London’s most exclusive roads.

Tamara has two engagement rings, worth £250,000 each, but it is not known if these were taken.

She also has several sets of diamond stud earrings valued at around £50,000 per pair and a large watch collection including Rolex, Hublot and Cartier pieces worth up to £100,000 a pop.

The gang were able to smash open several bedroom safes and fled via an open window despite a guard sitting in a CCTV room and the mansion being run by up to 50 staff.

Tamara was said to be in ‘complete devastation and shock’ after the precious gems were stolen from her London home.