Startled visitors at a zoo were thankful to be on the other side of an enclosure when massive gorilla suddenly punched at the glass.

Footage from visitors at the Madrid Zoo in Spain show them marveling at a western lowland gorilla calmly sitting inside his enclosure.

The group watches with rapt attention as the gorilla slowly gets on all fours and begins walking across a log. 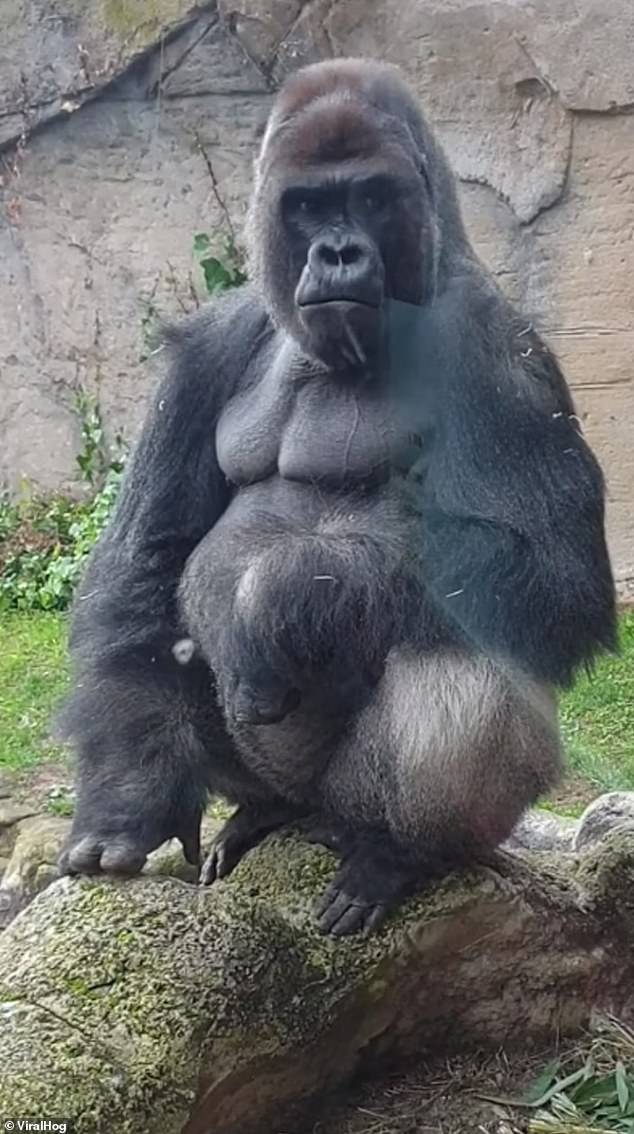 Without warning, the seemingly gentle gorilla suddenly lunges at the glass wall and strikes it with a powerful thud.

The visitors let out squeals and gasps at the gorilla’s unexpected jab, before breaking down into disbelieving chuckles.

The gorilla escapes off into a another section of the enclosure before climbing up a series of stones out of the camera’s view. 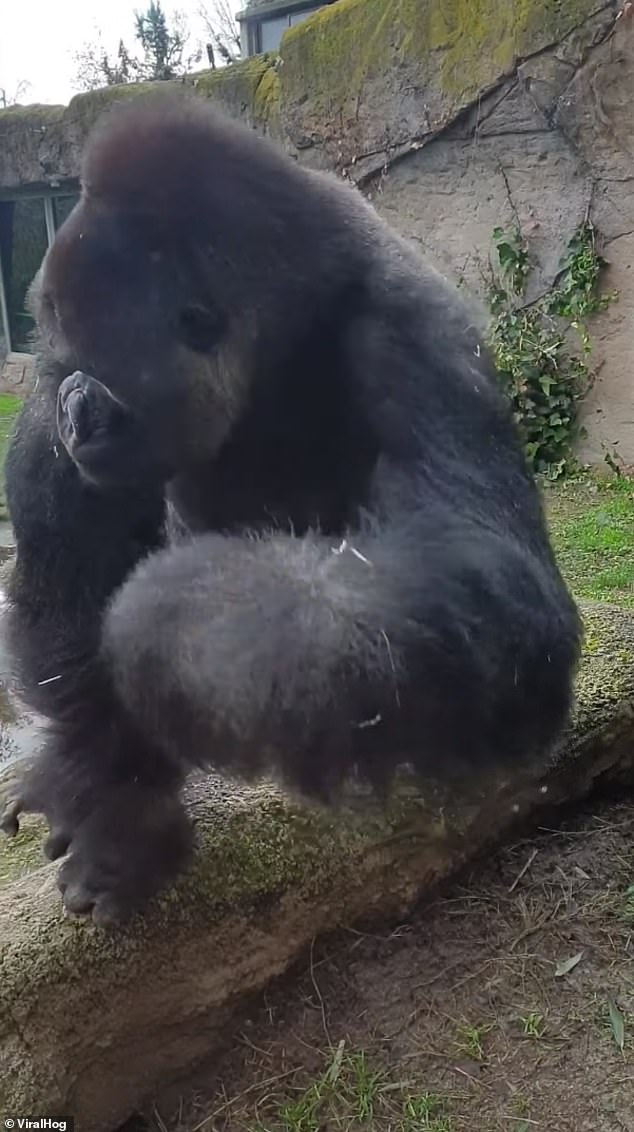 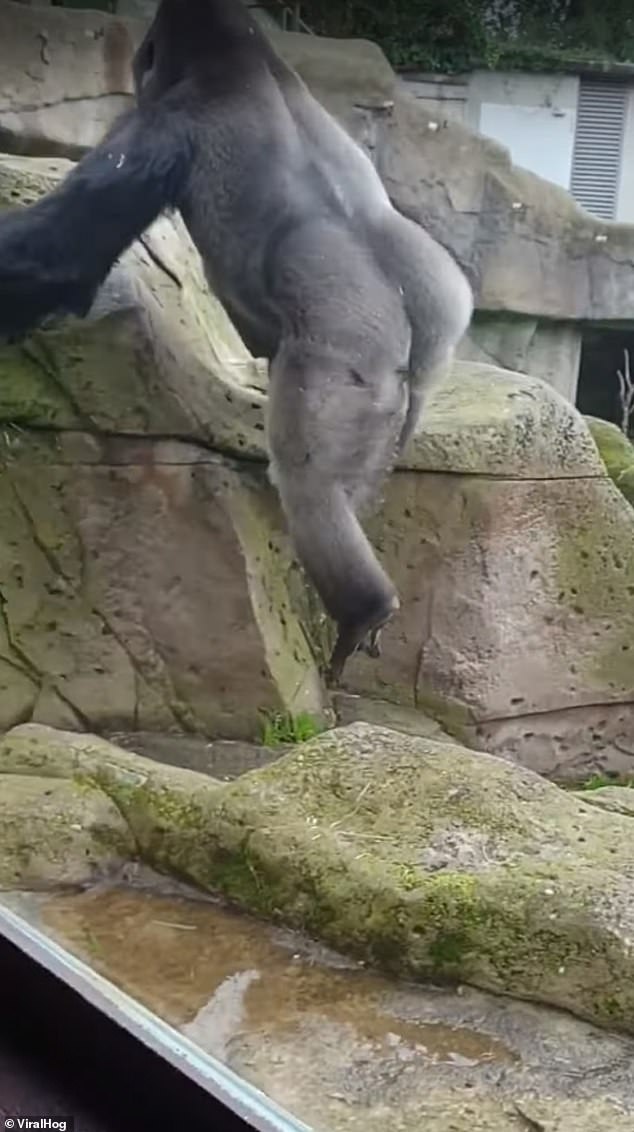 The western lowland gorilla is the largest primate on earth and is considered critically endangered.

‘Because of poaching and disease, the gorilla’s numbers have declined by more than 60% over the last 20 to 25 years. Even if all of the threats to western lowland gorillas were removed, scientists calculate that the population would require some 75 years to recover,’ according to .

Farming, grazing and an expansion of human settlements are also shrinking the gorilla’s space.

The sizable creatures can weigh as much as 440 pounds and can reach heights of over five feet when standing on two feet.

Scientists do not have an accurate estimate of the species population, as they span several countries like Cameroon, Central African Republic, Congo, Equatorial Guinea, Gabon, Angola, and the Democratic Republic of Congo.

What occurred within the 1972 Munich Olympics Bloodbath?
Whitecaps rally to beat Earthquakes 3-2
Zero-emission unmanned blimp-like airships could be used by police to spy on people from the sky
Southampton 2-2 Brighton: All the action as it happened
Serena Williams cups her breasts as she goes topless while singing I Touch Myself
Alexa is DOWN as users complain that smart assistant is ignoring them and won’t turn off
Pampers create a 'smart nappy' that alerts parents to a soiled diaper
England World Cup hero Sir Geoff Hurst refused to be interviewed by child sex abuse inquiry