A shopper who bought £125 AirPods from Amazon was left baffled after he was sent a DVD and then a keyring instead.

Ben Lidbury, 33, from Horley, bought the headphones for his fiancé Ellis’ present and had them sent to his workplace in Reigate, Surrey.

He expected to find the items he had paid for but to his astonishment he found a DVD of the 1988 children’s film My Neighbour Totoro in its place when he opened the package. 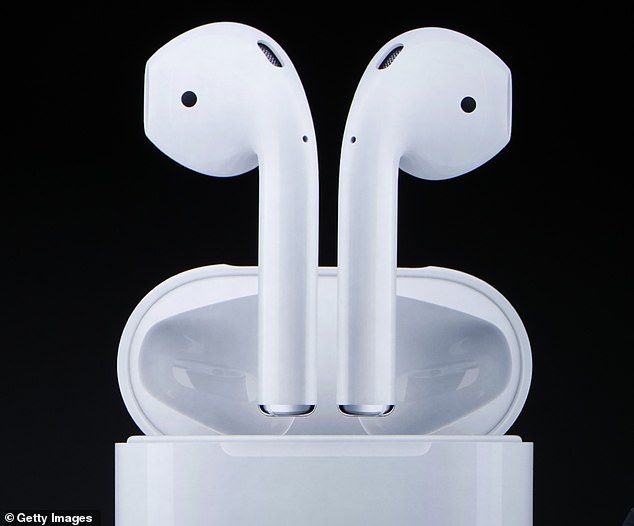 Ben Lidbury, 33, from Horley, bought the headphones for his fiancé Ellis’ Christmas present and had them sent to his workplace in Reigate, Surrey

He made a complaint to Amazon and was told another pair would be on their way.

The next day another Amazon parcel arrived containing a keyring.

Ben told : ‘It was absolutely mad, this time there was just a keyring inside some plastic sheeting.

‘I was so confused. Imagine if I had just given it in the box to my girlfriend, and she found that or a children’s DVD!’ 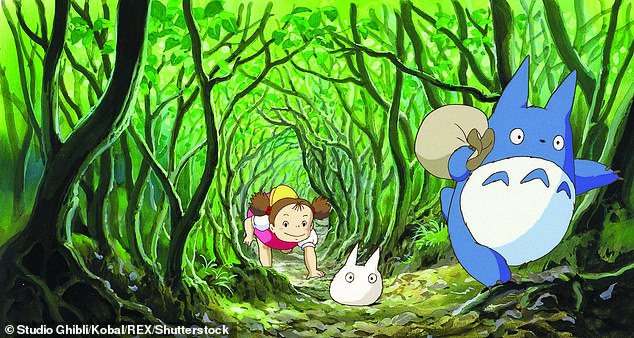 Ben was then asked to send Amazon proof of the items, to prove it wasn’t a scam.

They then sent him the AirPods, which he finally received on Thursday.

He has described the incident as ‘annoying and stressful’, adding that ‘it just isn’t what you want before Christmas’.

Ben was given a £10 Amazon voucher as compensation, but was offered no further explanation about how the mix-up could have happened.

A spokesman for Amazon UK said: ‘We work very hard to deliver on our promise and customer satisfaction is our top priority.

‘We’ve notified the right teams internally and will work with the customer directly to make things right.’

Amazon have had to deal with a series of similar issues recently, with several customers complaining about receiving different items to what they ordered.

One shopper was left horrified this week when Amazon wanted to charge her £10,000 delivery so she would get a gift in time for .

Danielle Long from Carrickfergus in ordered a £4.99 present which she needed in time for Christmas Day.

But she was left stunned when the online retail giant wanted her to pay the extortionate post and packaging fee – which was most likely a glitch in the system.

A baffled mother received nine cuttlefish in place of the £17 Playsation duvet she ordered from Amazon for her son’s present.

She received her order on Saturday and was immediately surprised that her 1.2kg item weighed only about an eighth of that. 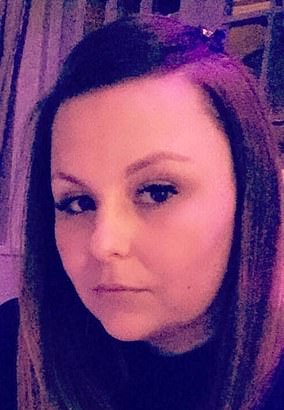 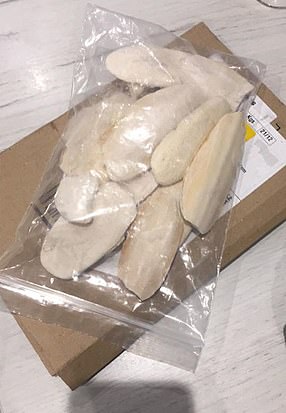 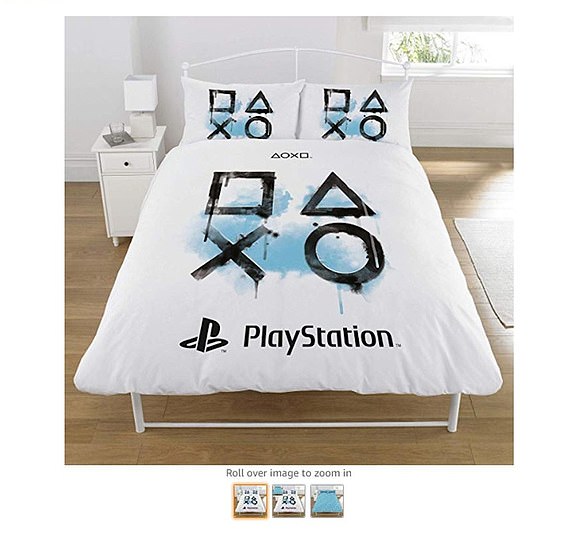 Pictured: What Ms Tarrant actually ordered only to be witness a package of cuttlefish being stuffed through her letterbox

Inside, she was astonished to discover 150g of cuttlefish worth about £8 instead of the duvet.

The image shows about nine chalk white cuttlefish carefully packed in a sealable plastic bag that came in a small cardboard box.

Ms Tarrant posted online: ‘So ordered my son a PlayStation double duvet set yesterday with Prime to be delivered today.

‘What I actually had delivered was a bag of Cuttlefish. I’m sure my son will be thrilled with these wrapped up under the tree.

‘Now to make things worse, what I originally ordered will be delivered in 2 months. Appalling.’

Sarah Ward wrote under Katie’s post: ‘Tell them to send a delivery driver to pick the cuttlefish fish up when you’ve received your refund.

‘It doesn’t take Amazon five to seven working days to take your money. It shouldn’t take that long to refund it. Same day banking exists now. Tell them you’re adding on daily interest.’

Laura Pyper, tagging a friend who had suffered a less shocking swap, wrote: ‘Irene Gilmour you got away. Not so bad with your UHT milk instead of coffee.’

Speaking today, Ms Tarrant said: ‘I was amazed. I did think it strange that the driver was trying to post a double duvet through the letterbox.

‘Once I opened it I thought it was a joke and was expecting the delivery driver to knock again with my correct parcel.

‘Amazon was not that helpful. The duvet is now not available for two months and all they said is that I could have a refund but I have to send the cuttlefish back.

‘It was £17 but I have now have to order it from somewhere else which is more expensive and pay for next day delivery and hope that it now turns up in time for Christmas. It is the most ridiculous thing ever.’

Earlier this month, Amazon launched an investigation after dozens of customers complained about receiving other items instead of a Nintendo Switch that they ordered on Black Friday.

Jake Lawrence, from Leicester, received a tambourine and a microphone instead of the £300 game console.

The problem seems to have started in October with a Twitter user claiming they received condoms instead of the ordered item.