With the New Year’s Eve just around the corner, many are gearing up to start their resolutions – but a psychologist is now calling for a new tradition.

Deemed ‘Spring renewal’, the idea is to start a change in spring rather in January, which ‘can be a real downer’.

January is plagued by harsh weather and the post-holiday slump, whereas spring – a period associated with new beginnings – makes it easier for us to modify behavior.

The new tradition comes from Tim Bono, assistant dean for assessment in Student Affairs and lecturer in Psychological & Brain Sciences in Arts & Sciences at Washington University in St. Louis. He said: ‘Maybe we need to disabuse ourselves of the idea that Jan. 1 is the best time to make resolutions,’ according to Brandie Jefferson with .

‘January is probably the hardest month of the year to change behaviors,’ Bono added.

‘If your goal is, say, to run five miles a day in Forest Park, well, there’s going to be cold weather and snow to contend with.’ 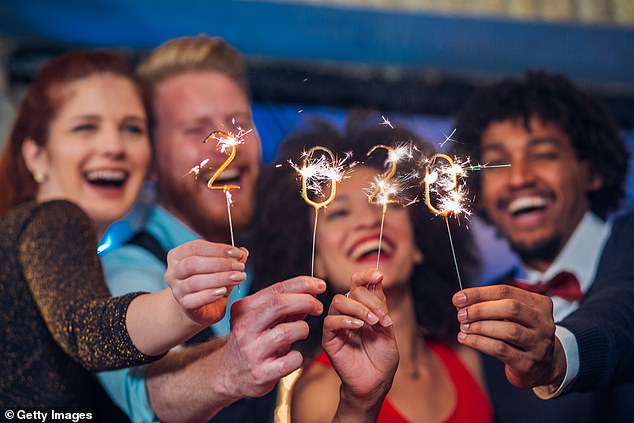 With the new year just around the corner, many are gearing up to start their resolutions – but a psychologist is now calling for a new tradition. Deemed ‘Spring renewal’, the idea is to start the time-honored tradition in spring rather in January, as it ‘can be a real downer’

The winter months also has many people cooped up inside, keeping them separate from a support system that would help them achieve their new goals.

Another obstacle, Bono noted, is the post-holiday slump.

‘Anticipation itself is pleasurable.’

‘There’s a huge body of psychological research that has shown that half the fun of a vacation is having something to look forward to.’

‘There’s usually not that much planned in the early months of the year. When there’s not as much to look forward to, our spirits are usually lower.’ 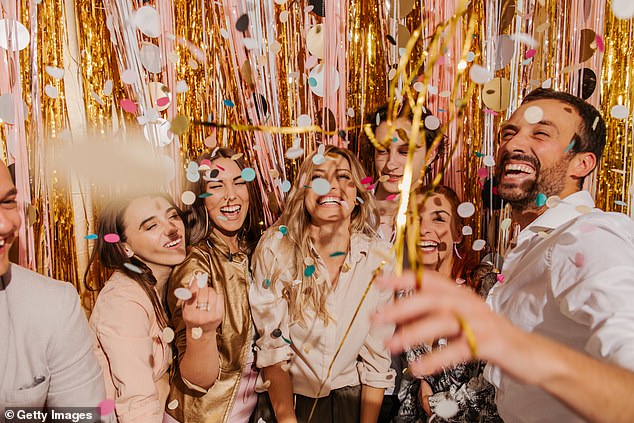 January is plagued by frigid, harsh weather and the post-holiday slump, where spring is truly a period of new beginnings and could make it easier for us to modifying behavior in the New Year

‘That can translate to less motivation to stay on task toward new initiatives.’

Bono also explained that even for those living in warmer climates still struggle to stack on track with the resolutions as soon as January 1st rolls around, which he says is because days are shorter in the winter.

What is the most common New Year’s resolution?

The most common New Year’s resolutions are exercising more (38 per cent), losing weight (33 per cent) and eating healthily (32 per cent)

‘We tend to underestimate just how much sunlight impacts us,’ Bono said.

‘The early days of January are among the shortest of the entire year.’

‘We know that when sunlight enters the visual system, it activates neural circuits that are associated with a number of psychological states,’ Bono said. ‘For some people, when they leave home for work it’s dark, and when they get home at the end of the day it’s dark. Such limited exposure to direct sunlight this time of year can take a heavy toll on our overall well-being and energy levels.’

For some people, January is their preferred time to make resolutions because they find that having fewer events or social engagements provides the time and space they need to focus on themselves. If that’s you, there’s no reason to hold off.

But a large number of people who aim for such aspirations in January quickly fall off the wagon.

‘And if that turns out to be you in 2020, just remember all that’s working against you this time of year,’ Bono said. ‘There’s nothing wrong with postponing a few months and trying again when the environmental circumstances will be a bit more conducive to working toward your goals.’

Melbourne South Yarra hit and run: Feminine bike owner lifeless after being struck by a Mercedes
Varadkar questions timing of president´s office costs...
Cara Santana poses up a storm in leather pants and boots as she shops at a pumpkin patch in LA
Plane passengers start 'SUFFOCATING' and 'turning GREEN' forcing pilot to make emergency landing
Anthony Joshua's US debut is in doubt as opponent Jarrell Miller 'FAILS drugs test'
Reservoir that is normally full to the brim is on verge of drying up
Charles Manson prosecutor: Keep all cult leader's 'family' locked after Los Angeles killing rampage
Pence refuses to say 'Black Lives Matter' claiming the movement is 'pushing a radical left agenda'