The Queen looked festive in a dark green ensemble as she arrived at at St Mary Magdalene Church for Sunday service in Sandringham, Norfolk.

Her Majesty, 93, opted for a fur green coat and coordinating hat – and completed her outfit with a stunning emerald brooch.

She accessorised with a pearl necklace and matching earrings and could be seen arriving in a chauffeur-driven car alongside a smiling Sophie Wessex.

The monarch’s appearance comes just days after husband Prince Philip, 98, was admitted to the private King Edward VII hospital in Marylebone, central on Friday morning for observation and treatment for a pre-existing condition. 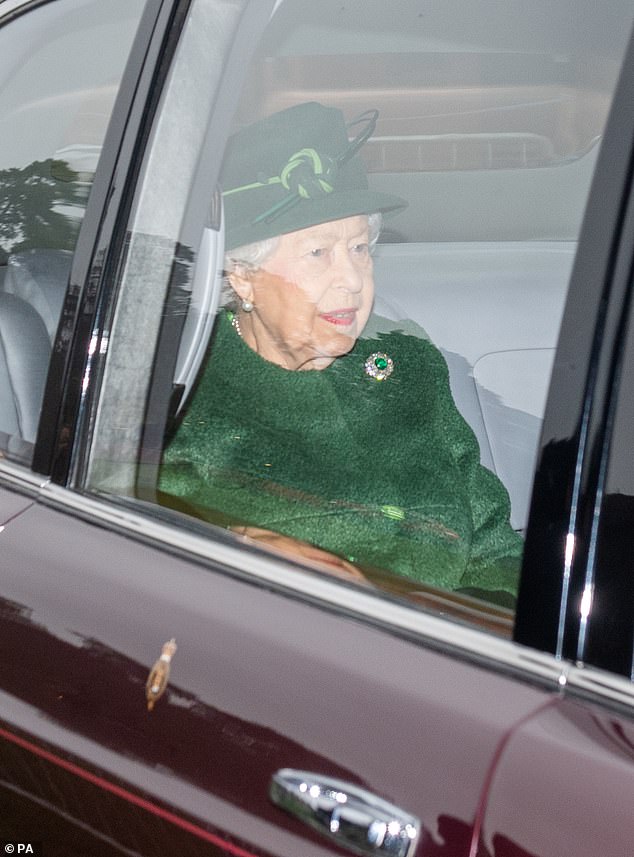 The Queen (pictured), 93, looked festive in a green ensemble as she arrived at St Mary Magdalene Church for Sunday service in Sandringham, Norfolk today 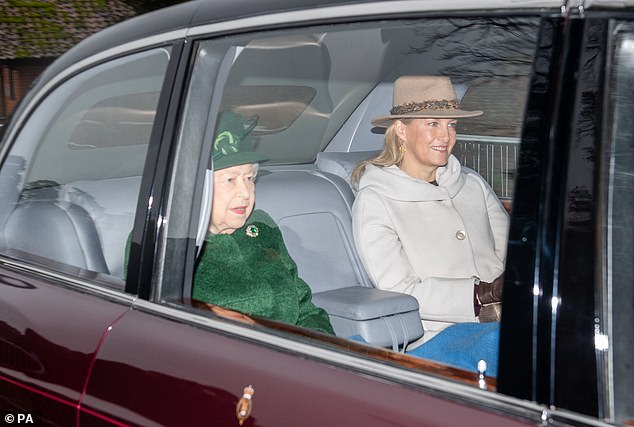 Queen Elizabeth II and Sophie, Countess of Wessex attend a church service at St Mary Magdalene Church as the Royals arrive in Sandringham to celebrate Christmas

Ahead of the monarch’s arrival to Sunday service, police could be seen using anti-vehicle barriers at a security checkpoint.

Also in attendance was the Countess of Wessex’s children Lady Louise Windsor and Viscount Severn.

On Friday, her husband the Duke of Edinburgh was taken 125 miles from Sandringham to the royal family’s favoured London hospital after heeding advice from his doctor – raising fears ill health could prevent him spending Christmas with the Queen this year.

He was not blue-lighted by ambulance to the King Edward VII Hospital in Marylebone and was able to walk into the building unaided this morning, MailOnline understands.

Philip, who splits his time between Windsor and Sandringham since retiring from royal duties in 2017, is receiving treatment for a ‘pre-existing condition’, Buckingham Palace has said.

The Countess of Wessex, 54,  arrives with her children Lady Louise Windsor, 16,  and James, Viscount Severn, 12,  for a church service 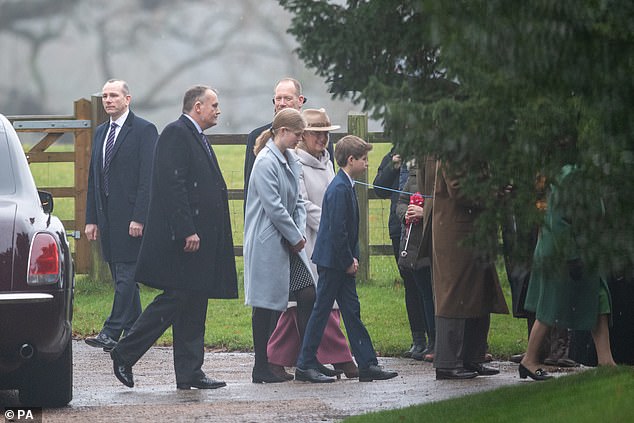 James, 12, sported a navy suit while his big sister, Lady Louise opted for a polka dot skirt and blue woolen coat to keep warm in the December rain 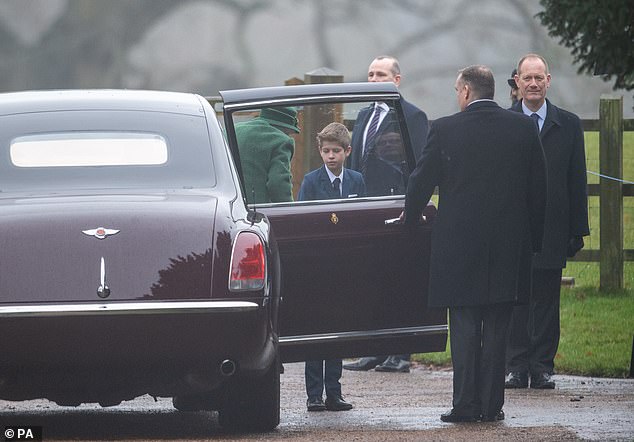 Hello Gan Gan! Viscount Severn, the 12th-in-line to the throne greets his Grandmother, the Queen as she exits a Rolls Royce and arrives at church

The Duke is expected to be in hospital for a few days ‘for observation’ – and his admission was understood to have been planned – but it is not yet known if he will miss Christmas Day with his wife, children and grandchildren.

Prince George and Princess Charlotte could attend the service for the first time this year, according to reports.

However, the Duke and Duchess of Sussex will be absent, instead opting to spend their first Christmas as parents with the Duchess’s mother Doria Ragland.

In recent years the Queen has been driven by chauffeur to the church on December 25 while other family members walk the short distance from Sandringham House to join her. 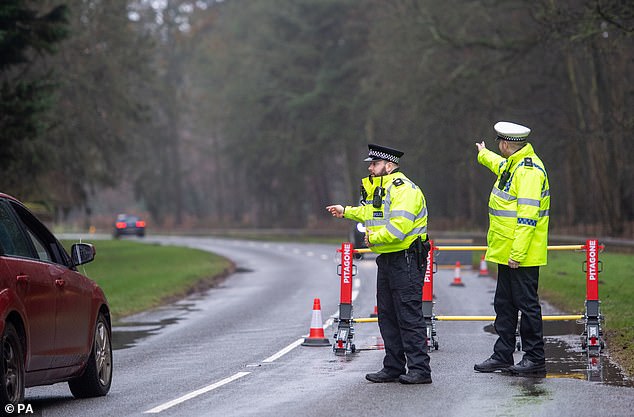 Surgeon believes Elle MacPherson 'had a nostril job, Botox and fillers'
The Rohingya lists: refugees compile their very own report...
Family says they could be forced to move after their dog was repeatedly baited with razor blades
Sexologist Jacqueline Hellyer shares her tips to keep the romance alive over the festive season
Newcastle office block ploughed into by Audi A6
Katya Jones attends charity netball match after 'AXE from Strictly line-up'
Palace tries to avoid 'diary clashes' between William, Kate, Harry and Meghan
Man, 22, who collapsed and died outside nightclub on Boxing Day night as murder probe continues