A police officer was knocked unconscious and his female colleague was dragged to the floor and stamped on as the pair intervened in a pub fight after Mad Friday.

The officers had been responding to another call when they spotted a large group of men fighting in Middleton, Greater Manchester at around 2.35am this morning.

The attack followed a night nicknamed Mad Friday or Black Eye Friday – the last Friday before – which is often busier than usual for emergency services.

Both officers were rushed to hospital as those involved in the assault fled the scene. They have since been discharged and no arrests have been made, Greater Manchester Police confirmed. 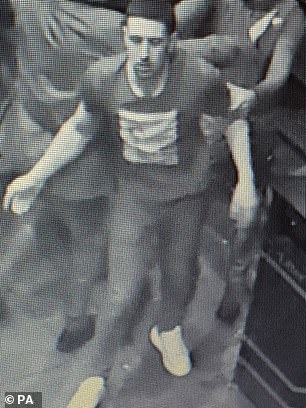 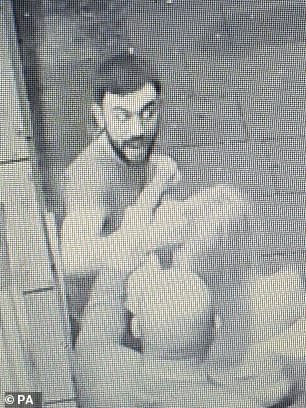 The force said a number of men involved in the disorder had been ejected from Infinity nightclub on Long Street a few minutes before the attack.

Detective Sergeant Tim O’Callaghan, of GMP’s Rochdale division, said: ‘This is a disgusting way to treat police officers, who spend their days and nights trying to keep the people of Greater Manchester safe.

‘We are providing welfare support to the two officers who were attacked after bravely trying to intervene in a large fight and keep the peace. 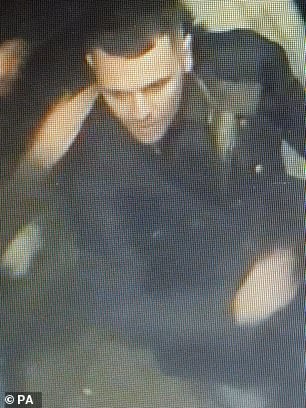 Releasing the images, GMP urged witnesses to come forward after the attack on Friday

‘We will not tolerate this kind of behaviour and are 100 per cent committed to bringing those responsible to justice’.

A Greater Manchester Police spokesman added: ‘The male officer was punched in the head, knocking him unconscious. The female officer was also punched, dragged to the floor and then stamped on.

‘Both officers were taken to hospital but have since been discharged.

‘The offenders fled the scene after the assault.’

GMP has released CCTV of three men it wishes to speak to in connection with the attack, and urged witnesses to come forward.

Detective Inspector Karl Ward said: ‘We have been continuing our inquiries throughout the day and we are now releasing CCTV images of three men we wish to speak to in connection with this shocking incident.

‘If you think that you might recognise the men pictured in the images then I would encourage you to please contact us as a matter of urgency.

‘We are also keen to speak with anyone who has any additional information that they believe can assist us with our investigation.’ 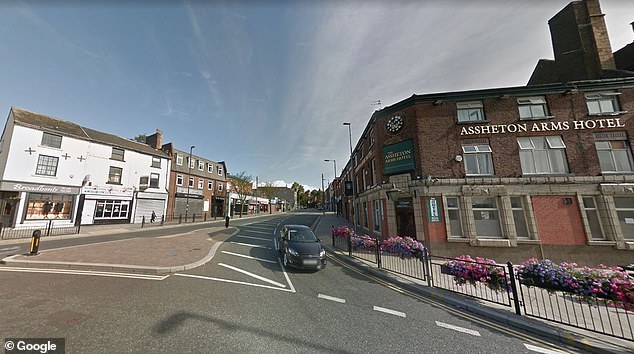 The officers had been responding to another call when they spotted a large group of men fighting in Middleton, Greater Manchester (pictured) at around 2.35am this morning

In a separate incident on Black Eye Friday, a Cleveland Police officer suffered injuries to the face and eye after he was repeatedly punched while on duty.

The force said it received 315 emergency calls from yesterday into today, and four officers were assaulted as they worked. A total of 31 people were arrested.

Chief Superintendent Emily Harrison, from Cleveland Police, said: ‘One of our officers was repeatedly punched in the face causing swelling to his face and eye. This level of abuse towards our officers is disgusting and the Force will not tolerate it under any circumstances. 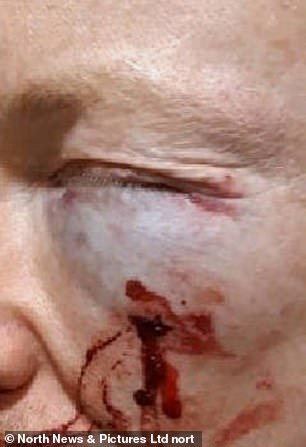 ‘Each of our officers put their life on the line to protect people living in our communities, they work around the clock every day of the year, including bank holidays, Christmas, and all the holidays where people like to be out celebrating.

‘They do not deserve to treated like this, they deserve the utmost respect when carrying out their duties. Anyone who abuses or assaults our officers will face the full force of the law.’

Two further police officers were also assaulted on the busiest night of the year when a brawl broke out in a Wetherspoons in Exeter.

Officers were called to the The Imperial pub at 6.10pm to reports of a fight involving 15 people, reported.

A male and female officer both sustained ‘minor injuries’ in the brawl and four males were arrested as a result of the fight.

‘A large fight broke out involving 15 people. Two officers were assaulted in the process. A male and female officer sustained minor injuries’, a police spokesperson said.

‘As a result four males were arrested; two for being drunk and disorderly, and two for assault on emergency workers.’