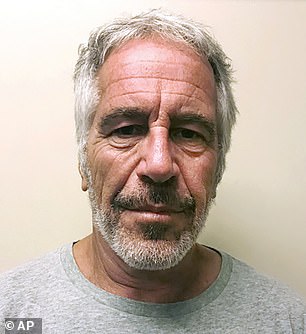 ABC News is set to air two different specials about disgraced financier Jeffrey Epstein, but won’t include any of the material ’20/20′ anchor Amy Robach secured back in 2015.

‘Truth and Lies: Jeffrey Epstein’ – a two-hour broadcast special – will air on Thursday, January 9, from 9pm to 11pm.

On that same day, a podcast hosted by Mark Remillard will debut and run new episodes on subsequent Thursday.

In footage leaked last month, Robach was caught on a hot mic complaining to colleagues how she filmed an interview with Jeffrey Epstein’s sex slave Virginia Roberts Giuffre and spent three years trying to get the story on the air.

A person familiar with the two projects explained to  that Robach’s 2015 interview won’t be featured, claiming it was conducted prior to Epstein’s latest string of charges and eventual suicide in his jail cell in August.

An interview between Giuffre and the BBC will be included in the special, the source added. Robach had no involvement with the special. 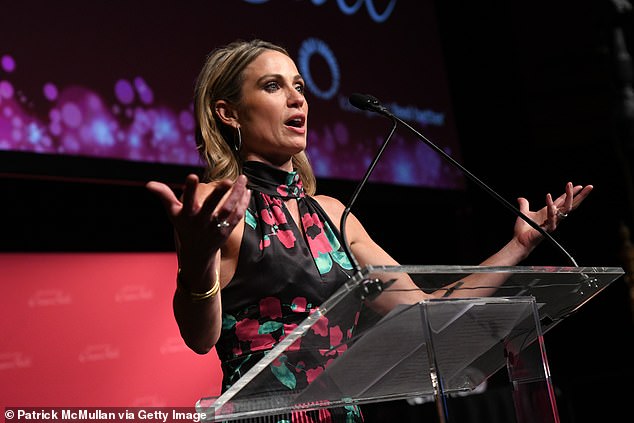 A person familiar with the two projects explained to Variety that Robach’s 2015 interview with Virginia Roberts Giuffre won’t be featured, claiming it was conducted prior to Epstein’s suicide and latest string of charge

Robach was recorded in August sharing how she filmed an interview with Giuffre in 2015.

Robach revealed in the recording why the interview never saw the light of day, alleging that Buckingham Palace threatened to sue the network over allegations made in the interview by Giuffre about Prince Andrew.

Robach was caught saying: ‘The palace found out that we had her whole allegations about Prince Andrew and threatened to sue us a million different ways,’ explains Robach.

‘We were so afraid we wouldn’t be able to interview Kate and Will, so I think that had also quashed the story.’

It is not known what allegations Giuffre made in the Robach interview, but she has claimed elsewhere that she was forced to have sex with the Prince three times between 1999 and 2002. Prince Andrew strongly denies the allegations. 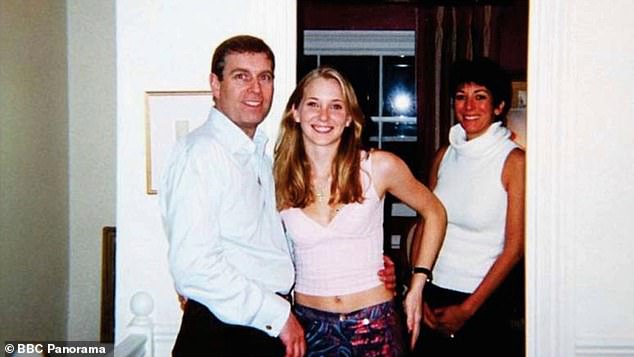 Amy Robach was recorded in August sharing how she filmed an interview with Jeffrey Epstein’s sex slave Giuffre in 2015 that she spent three years trying to get on the air. Giuffre is pictured center with Prince Andrew

ABC said in a statement at the time of the hot mic revelations: ‘At the time, not all of our reporting met our standards to air, but we have never stopped investigating the story. Ever since we’ve had a team on this investigation and substantial resources dedicated to it. That work has led to a two-hour documentary and six-part podcast that will air in the new year.’

‘Truth and Lies’ will feature material from a 2003 interview with Epstein where the pedophile discusses his life. It also includes Epstein’s deposition tapes, police interview with his young victims and their reactions recently seeing Epstein in court last summer.

The podcast is produced by the ABC News Investigative Unit and ABC Audio.

Sarah Sanders doubles down on Bin Laden cellphone satellite tv for pc cellphone screwup
Underwear burglar, 19, detained after leaving semen on victim's laptop while watching porn
Malnourished sea lion saved using honey after its head got wedged in a diver mask causing infection
Why you should ALWAYS wear SPF on your lips in the summer
Princess Margaret confidante reveals how turned Mustique from wasteland to a hedonistic playground
Taking fish oil supplements reduces risk of fatal heart attack by 8%, study suggests
Heartbreaking video of five-year-old girl in Texas being bullied on school bus by older kids
Michael Bloomberg's daughter secretly got married a year ago to disgraced charter school advocate