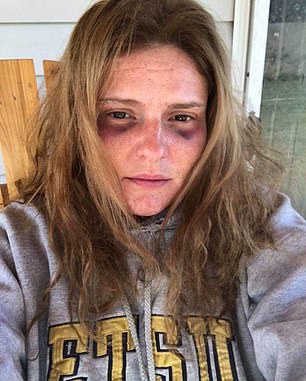 Mary Cathleen Haley, 32, sent this photo of herself with black eyes to a friend shortly before she was reported missing

Police have now arrested the West Virginia mother who was reported missing after she sent a photo of herself with black eyes to a friend and claimed she had been beaten by her estranged husband days prior.

She was also arrested for being a fugitive out of Virginia and charged with obstructing an officer in West Virginia, reported.

Van Meter had previously said that a grand jury had indicted Haley on alleged larceny charges in Smyth County, Virginia, on December 10.  The alleged theft dates back to a July 2019 incident, according to .

Haley was reported missing by family in West Virginia on December 16, having last made contact with friends the morning of December 14 to say she was ‘doing fine’.

Scott, a retired West Virginia State Trooper, was said to have been released on a personal recognizance bond and is expected back in court on January 7.

At a hearing, Scott told a Virginia magistrate that he hadn’t seen Haley in months. Relatives said that Scott and Haley had separated in August.

On December 9, court documents obtained by WOAY revealed that Haley filed a criminal complaint in Wythe County, Virginia, alleging that Scott and another man had beaten and threatened to kill her. 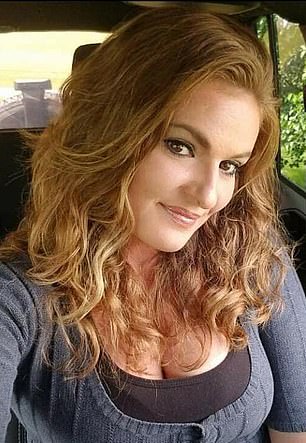 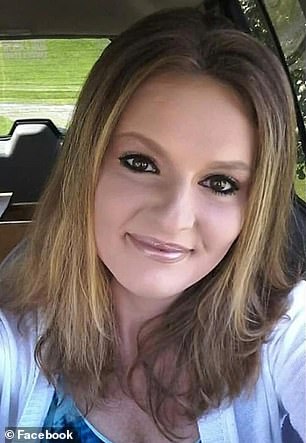 Police said Haley (pictured) was found and arrested Friday on grand larceny and other charges. She was reported missing on December 16

According to Haley, the incident occurred on December 3, while she was on the way to a local store. She claimed that Scott and another man, Frank Slavin II, punched her in the face and choked her.

She also said that she was ‘punched over and over in the face and told next time it will be a bullet to my head.’

About a week after this alleged incident, Krissy Musallam, a friend of Haley’s from a domestic-violence support group, said she became concerned for Haley after Haley sent her a photo of herself with facial bruises on December 13.

Musallam told  that Haley claimed she had been ‘beaten pretty bad’ by husband William Scott a week earlier.

The following day multiple friends said they received a series of cryptic messages saying she ‘fell in the lake’ and ‘tried to kill herself’.

Police questioned Scott, who turned himself over to officers following Haley’s assault claim.

Musallam said she encouraged Haley to go to a women’s refuge after getting the photo of her with black eyes, before receiving another message complaining that officials were refusing to take her complaints seriously. 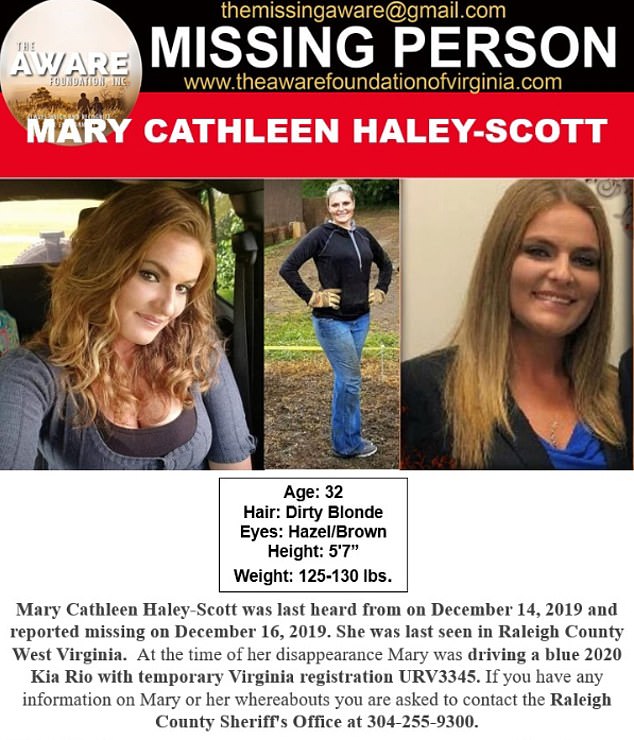 Police questioned Haley’s estranged husband William Scott while searching for her. He turned himself in to police on an arrest warrant December 11 and is due back in court in January

Her account then went silent until the following day, when someone claiming to be Steven Vaught – a close friend who had helped Haley after she left her husband – suddenly began sending messages to Musallam.

According to Musallam, the messages said that Haley ‘is fine’ and ‘is unstable’ and that she is ‘in bed asleep’.

The person claiming to be Vaught also talked about Haley going swimming, and said she got her black eyes after she ‘fell down the stairs acting crazy’.

Sheila Vaught – Steven’s wife – confirmed that Haley had been staying with them for around a month before she left for Florida, while trying to divorce Scott.

She said that Scott had refused to sign the papers, and Haley feared for her life.

However, she said that Haley had left their house December 10 – a full three days before messages purporting to be from her husband were sent – and the pair had not seen her since.

Sheila confirmed that Haley had made several meetings scheduled in Florida on December 13, but missed one in the Pensacola area that evening.

A barrage of messages were then sent to several of Haley’s friends on December 14, claiming that she had died.

The posts included ‘she’s at peace bro,’ ‘she is where she needs to be,’ and ‘she fell I didn’t kill her.’

Several male friends also told how they had received messages over the weekend asking to meet up.

On December 16, Haley’s account sent out a final message reading ‘washing hair and will call back later’ before going offline.

Police said they began investigating after Haley was reported missing, before discovering that she was also wanted on a warrant for grand larceny.

NYPD detains two in connection to killing of Bronx woman whose body parts were found in bags
Missing teacher who's a former beauty queen transfixes small town as they learn her secrets
Surveillance footage of Nigerian brothers in Jussie Smollett attack buying ski masks and red hat
OMG! How textspeak 'seriously harms teenagers' ability to develop language and grammar skills'
Footage shows teenagers spitting into soda bottles then putting them back on store shelves
Bill Maher says he hopes David Koch's 'end was painful' while addressing billionaire's death
Harry Potter and the curse of the house that won't sell
Warren Jeffs accuser opens up on life in the polygamist cult