arrived at Buckingham Palace to attend a lunch for the hosted by the Queen today.

The Duke of York’s presence at the annual event in  comes despite the continuing scandal over his friendship with paedophile tycoon Jeffrey Epstein.

Also attending the party were Sophie, Countess of Wessex and her daughter Lady Louise Windsor, 16, in one car and her husband Prince Edward, Earl of Wessex with their son James, Viscount Severn, 12, in another. 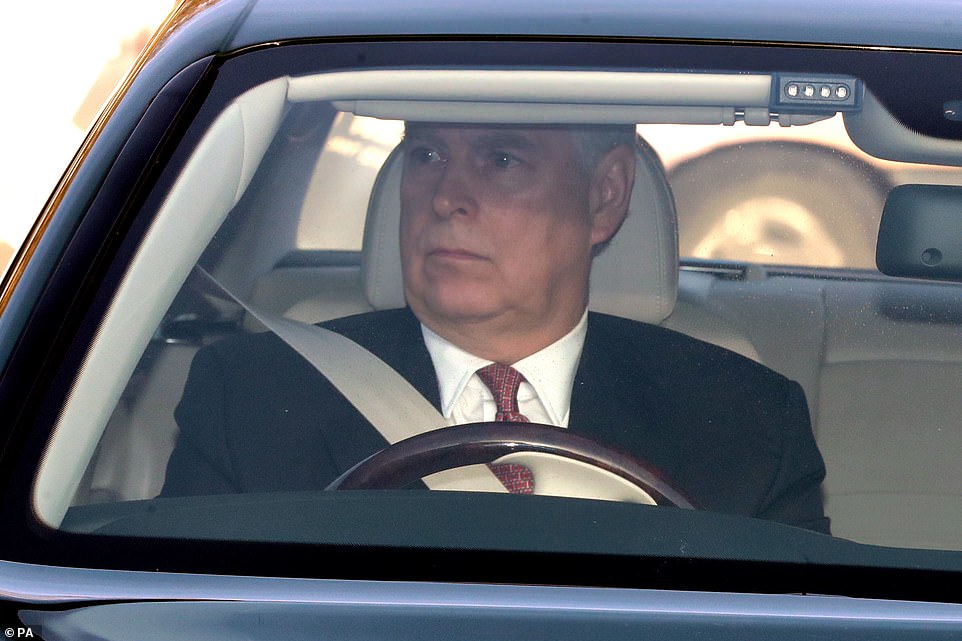 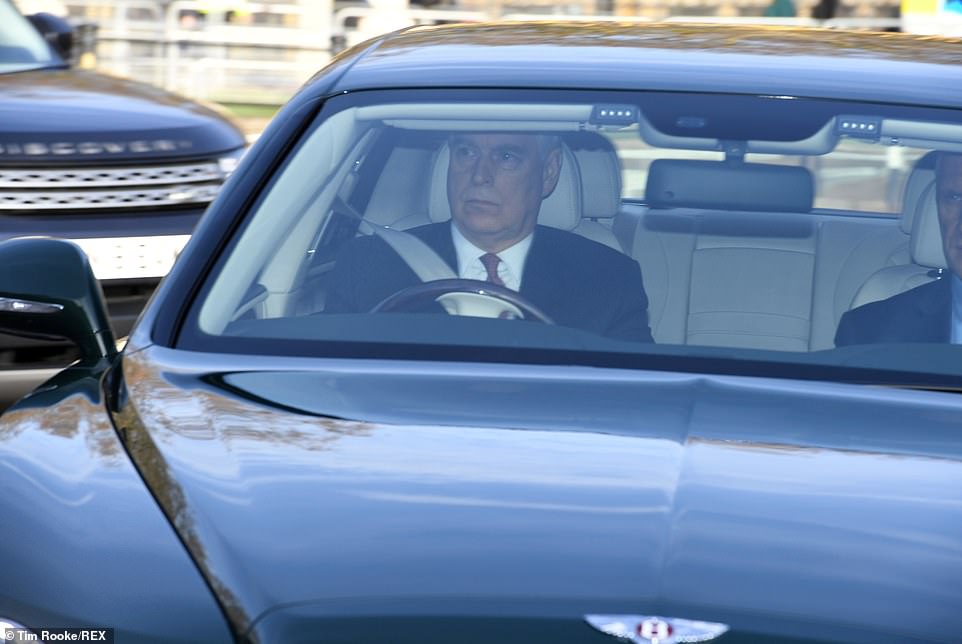 Andrew, 59, has faced renewed calls to speak to investigators in the US about the Epstein sex slave accusations.

The Duke has struggled to move past the scandal despite stepping down from public service in the fallout from his disastrous BBC interview about the subject.

But earlier this week the Archbishop of Canterbury weighed into the scandal, saying it is wrong to expect royals to behave like ‘superhuman saints’.

The Most Rev Justin Welby insisted ‘everybody is human’ as he appeared to defend the Duke amid the continuing backlash.

Criticism has mounted in recent weeks after the Duke faced claims he had slept with two of Epstein’s victims.

Sophie, Countess of Wessex smiles as she arrives with her daughter Lady Louise Windsor at Buckingham Palace today 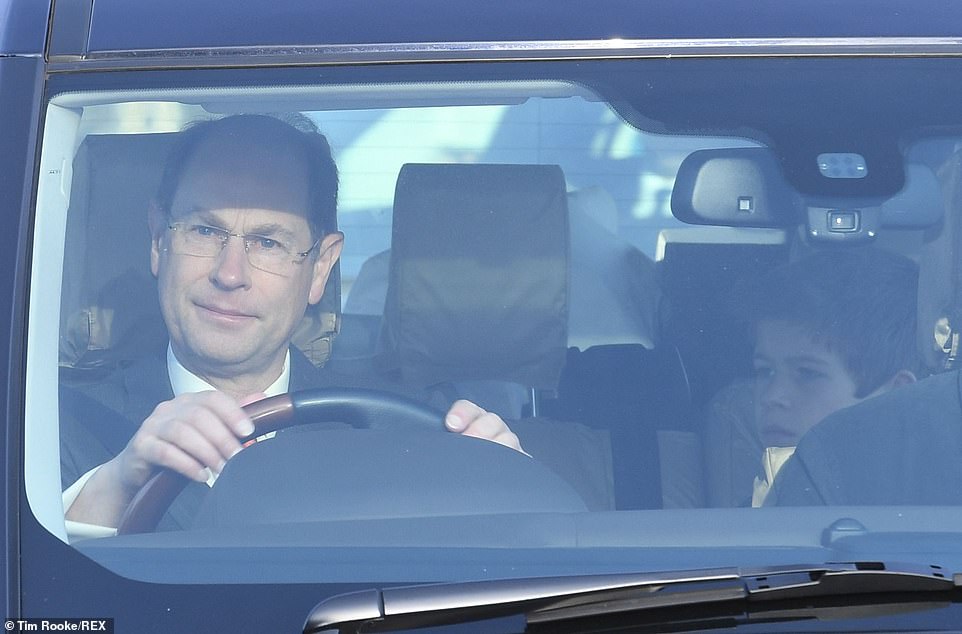 The Archbishop became the latest high-profile figure to weigh in on the scandal when he was asked whether the royals must adhere to a higher moral code.

He replied: ‘I think to ask that they be superhuman saints is not what we should do because nobody is like that.

‘Everybody makes mistakes, everybody is human. I am not commenting on any member of the Royal Family except to say that I am astonished at what a gift they are to this country.’

The head of the Church of England made the comments in an interview with The Big Issue.

This came as the duke’s sex accuser, Virginia Roberts, claimed on Twitter this week that the prince knew she been trafficked to the UK when they allegedly met. 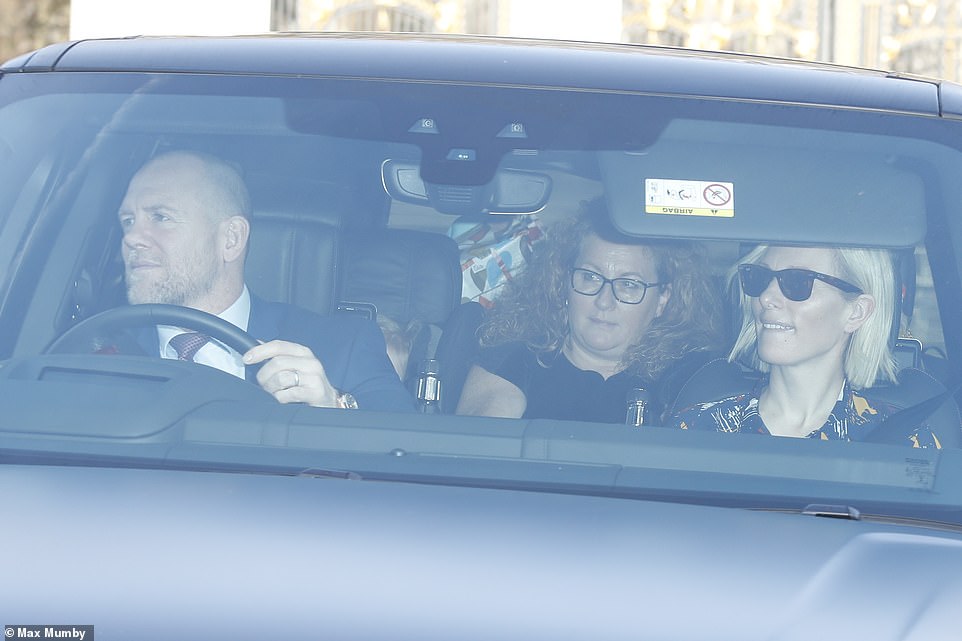 Miss Roberts, 31, claimed in a BBC interview earlier this month that she was abused by Andrew at the age of 17 and was left feeling ‘ashamed and dirty’.

She claimed Andrew bought her alcohol in London’s Tramp nightclub before they had sex at the home of Epstein’s former girlfriend and close associate, Ghislaine Maxwell.

Miss Roberts – who uses her married name Giuffre – said she felt sick when she realised she was expected to have sex with him.

Andrew has repeatedly denied her claims and said he could not remember meeting her, despite a photograph showing him with her arm around her bare waist. 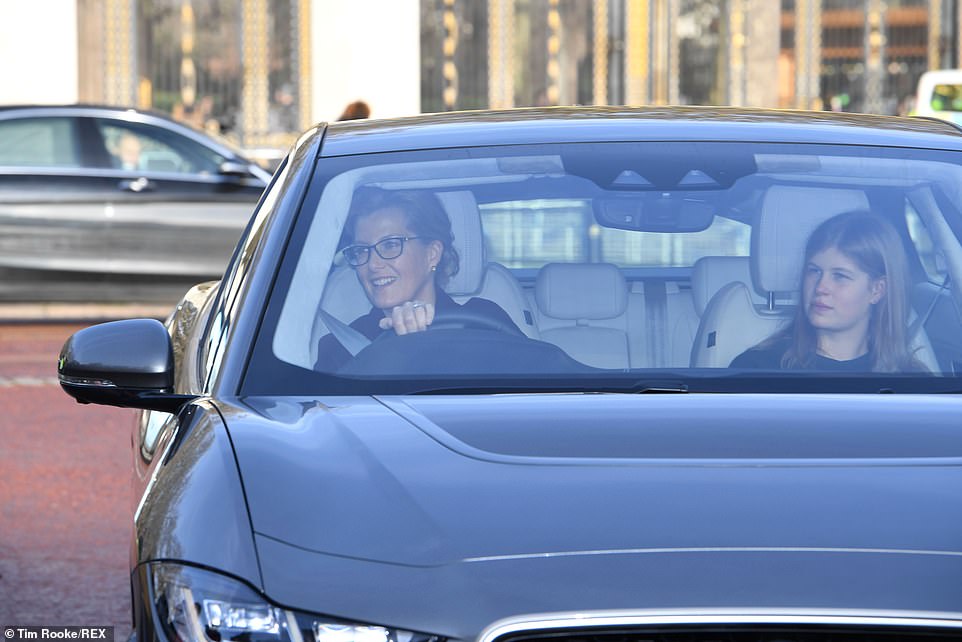 Sophie, Countess of Wessex arrives with her daughter Lady Louise Windsor as they drive into Buckingham Palace today 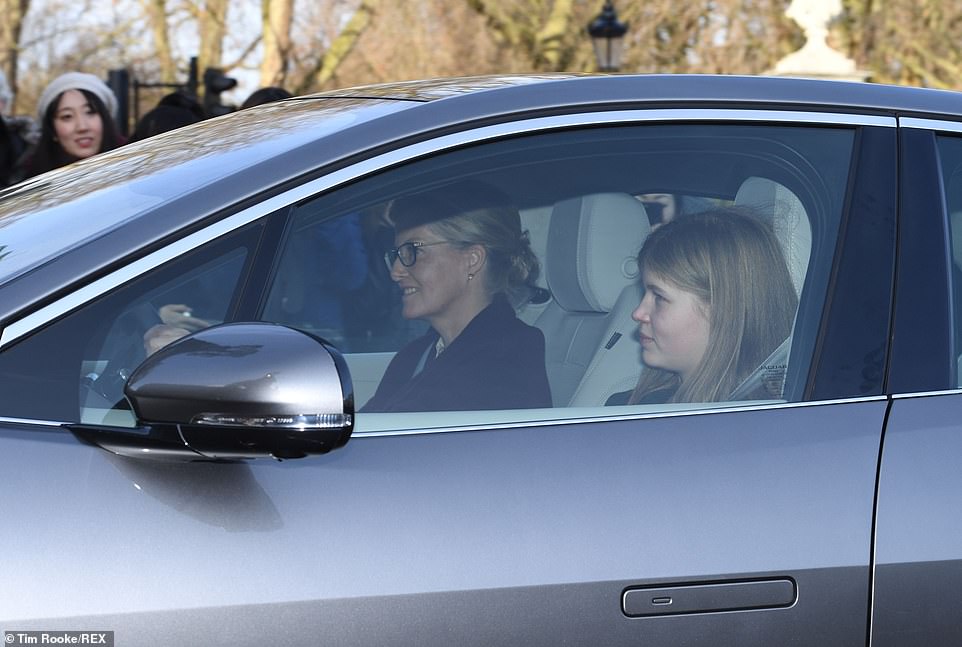 Sophie, Countess of Wessex drives her 16-year-old daughter Lady Louise Windsor, who is 13th in line to the throne

The mother of three is one of more than 80 women who say they were abused by Epstein. She is one of a number of the victims who have urged the duke to speak to the FBI about Epstein’s criminality.

Andrew has so far resisted pleas to speak to US investigators despite publicly saying that he is ‘willing to help any appropriate law enforcement agency with their investigations if required’.

Earlier this week, it emerged that one of Epstein’s victims had written to the prince to say he had been used as ‘bait’ to attract victims by his wealthy friend.

Lawyers in the US last week said a second alleged victim of Epstein had come forward to say she had sex with Andrew.

It is understood she has not made any allegation of wrongdoing, but said she and the duke had consensual sex.

Scattered storms, sultry climate on faucet at PGA...
Motorist, 33, pleads guilty to causing the death of cyclist Chris Boardman's mother
Prince Harry and Meghan Markle plead with fans to 'save the planet'
'Has Boris been COMPROMISED by a Russian agent?'
Hong Kong police officer shoots masked protester point blank in shocking encounter
Pictured: First British victim of Ukrainian Airlines flight in Iran
Horrifying moment cops mistake stroke victim for being drunk and dump him in a cell for 18 hours
Bayern Munich vs Chelsea to be played behind closed doors due to coronavirus