absolute poison with northern voters who did not trust him to keep the country safe because of his ‘anti-western world view’, a former Labour MP said today as she tore into the outgoing party leader.

Anna Turley castigated the opposition leader after she was booted out of her Redcar seat in the North East as the Tories took it for the first time.

She said that the Labour leader’s politics was raised far more than when she campaigned in the working class Cleveland constituency, which voted Leave in 2016.

It came as the opposition party became engulfed in a civil war over the future direction of its politics after its humiliating defeat by ‘s Conservatives.

Redcar was one of a swathe of normally safe Labour seats which fell across the North of England and the Midlands.

She told BBC Radio 4’s Today programme this morning: ‘One of the biggest criticisms that has to apply to Jeremy but certainly applies to our party at the moment is about our world view.

‘People didn’t trust him to put our country first. They felt there was a sort of anti-western world view. 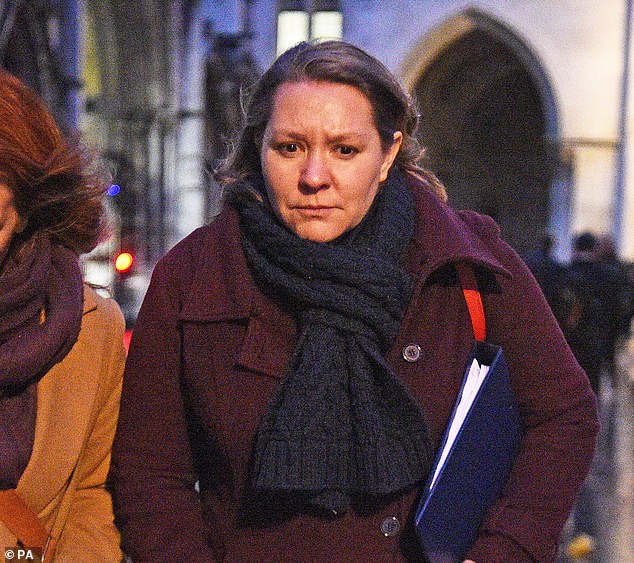 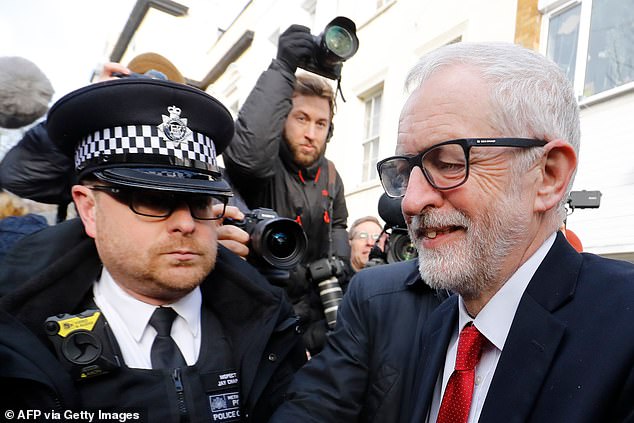 ‘His history and his baggage around security and terrorism, whether that was exaggerated or not, the reality is that people didn’t believe he could be trusted with the (nation’s) security or had a world view that would put Britain first and that he could represent us on the global stage, with Trump and Putin at the G7 and he was someone that could lead this country.

‘That was a huge issue for people here.’

Mr Corbyn last night dismissed calls to step down immediately after overseeing the most catastrophic Labour showing in a poll since 1935.

Extraordinarily Mr Corbyn – who will have to face in what promises to be an humiliating PMQs session next Wednesday – also rejected the idea his appalling personal ratings and extreme policies were to blame.

Labour’s tally of MPs was slashed by 59 to just 203 in a staggering night of political drama, putting them in a worse position than after Mr Corbyn’s left-wing hero Michael Foot was put to the sword by Margaret Thatcher in 1983.

Moderates warned the Tories could be in power for another 20 years unless Mr Corbyn and his supporters are evicted from power.

But left-wingers such as shadow justice secretary Richard Burgon yesterday showed every sign of doubling down on the extreme agenda they tried to sell to the public in the campaign.

And Mr Corbyn said he would remain leader until a contest to replace him is held in the ‘early part of next year’ – in an apparent sign that his clique wants to maintain control of the process.

Ms Turley added: ‘For me, when you’re getting four doors in a row of lifelong Labour voters saying ”I’m sorry Anna, I’m a lifelong Labour voter, I like what you’ve done, but I just can’t vote for that man to be prime minister”, I’m afraid that’s a fundamental barrier that we just couldn’t get across.’

Ms Turley said that Mr Corbyn was ‘absolutely’ more of a reason than Brexit for her constituents voting for another party, adding: ‘In my constituency, even though it was a 67 per cent Leave constituency, it was four to one the leadership over Brexit.

‘I mean obviously the issues run deeper than that, the Labour Party is bigger than just one person, but the reality is there were issues around our perception around competence.’

Ms Turley added that while Labour’s manifesto had ‘a whole swathe of interesting things’, there were so many that ‘people were overwhelmed by them’ and ‘people just didn’t believe we were the party that could deliver on any of it’.