This is the hilarious moment an electrician excitedly bounced up and down on a pogo stick for the first time before he face-planted into his own van.

Cara Gormley, 19, filmed her boyfriend Declan McEwan, 19, attempt to jump on the toy.

In the clip, Declan, who has never ridden a pogo stick before, hops for a few seconds. 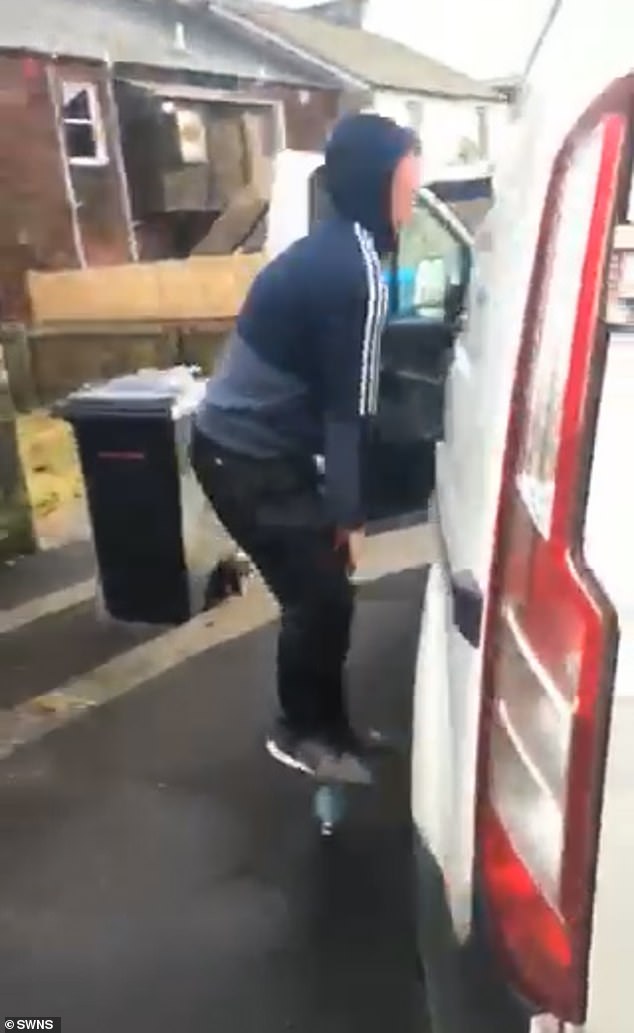 Declan McEwan, 19, spectacularly face-planted into his van after stepping on a pogo stick for the first time. His girlfriend Cara Gormley ‘bet’ he would not pick up the toy from the street and give it a go, on December 11

The teenager makes four swift hops across the back street towards his parked van.

While seemingly in control, he face-plants into the vehicle seconds later.

His body smacks into the side of the van and he bounces off. 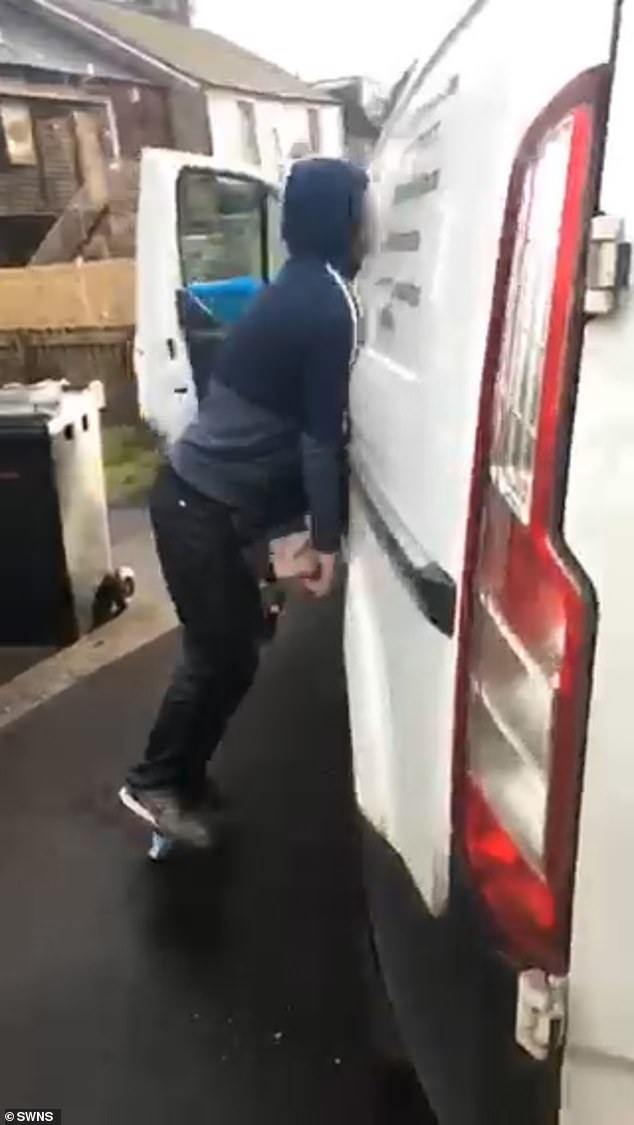 Declan then lets go of the pogo stick and starts laughing at his failed attempt.

The pair, from Glasgow, howled with laughter for 30 minutes afterwards, on December 11.

Sales advisor Cara said: ‘It was absolutely hilarious. We were in folds of laughter! 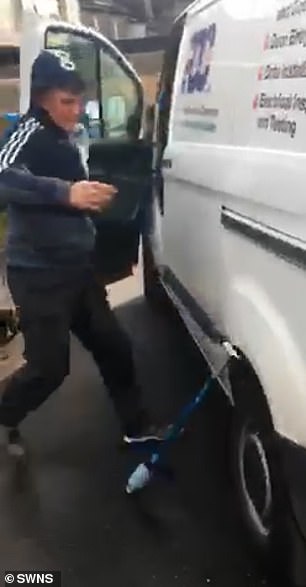 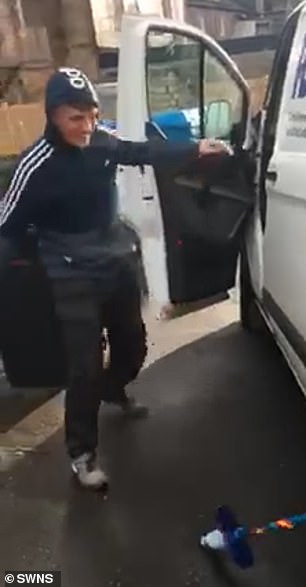 Declan appeared confident and at ease jumping on the pogo stick across to his van, in the footage

‘So we found a pogo stick by the roadside, and Declan was tempted to try it.

‘I said to him ‘I bet you don’t do it’ – and he jumped on it having never tried it before, and went head-first into the van.

‘We were both laughing about it half an hour later!’