So let loose at the cast wrap party on Tuesday as she invited her husband Mark Wright to join in the festivities.

The actress, 32, looked in high spirits in a series of snaps, which showed the group indulging in champagne at dinner before heading to karaoke. 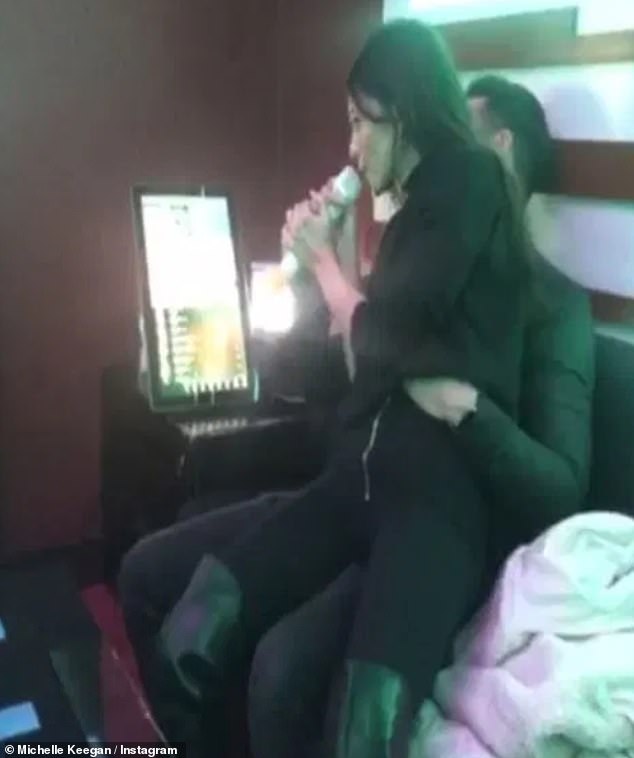 Fun times: She’s spent the past few weeks hard at work filming Brassic season two. So Michelle Keegan let loose at the wrap party on Tuesday as she invited Mark Wright to join in

In one cosy shot, Michelle snuggled up on Mark’s lap as they belted out a variety of hits, with the former Corrie stunner dazzling in thigh high leather boots.

The pair are no doubt keen to spend as much time together as possible over the festive period after a year of being separated by work commitments.

Mark recently discussed why he quit his job in the States after struggling to be apart from Michelle, handing in his notice in February. 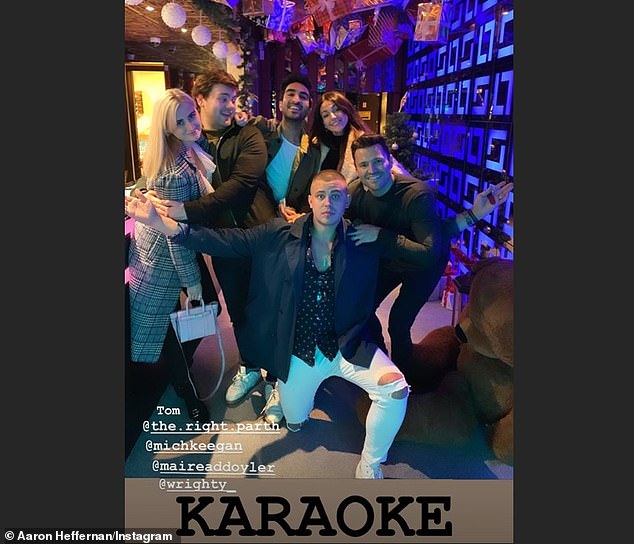 Singing sensations: The actress, 32, looked in high spirits in a series of snaps, which showed the group indulging in champagne at dinner before heading to karaoke

In a recent frank and honest discussion on his Heart radio show, Mark revealed that he felt ‘sad and lonely’ while in Hollywood ‘chasing the money.’

He said: ‘Now I was fortunate enough to get an amazing job in Los Angeles, somewhere where I’ve always wanted to work, in Hollywood.

‘I was living in the hills, Beverly Hills and the Hollywood Hills – life was great, so I thought.

‘Four, five months in, I sat back and I was a bit lonely, I wasn’t that happy, and obviously I went there to get a better job and to get more money as we say.’

He continued: ‘I was without my wife, who wasn’t living there because she couldn’t and my family wasn’t there, my mum, my dad, my brothers and sisters, my friends.’ 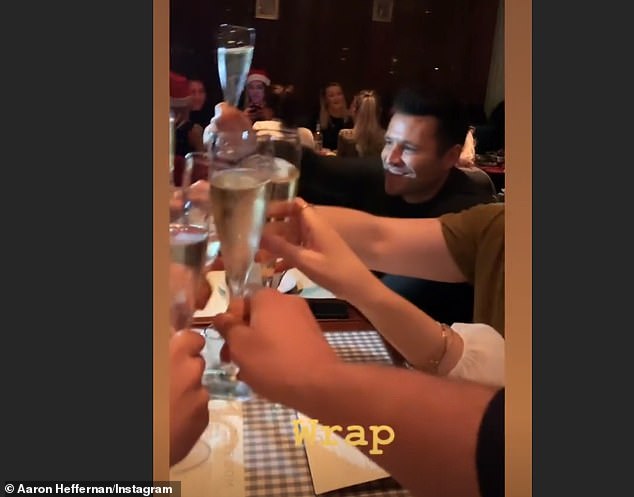 Pour it up: The group downed champagne as they toasted finishing off the show’s second season

Michelle will be enjoying some downtime after filming the second series of Brassic.

The Sky One show follows the story of Lancashire native Vinnie, played by Joe Gilgun, who suffers from bipolar disorder and his best pal Dylan, who he has been inseparable from since childhood.

Michelle’s character Erin, who is Dylan’s girlfriend, threatens the childhood comrades’ friendship when she plans to leave town and start a new life for herself and her son, Tyler.

The boys have dealt, scammed, bribed and conned their way through adolescence, but now, on the brink of adulthood, their dealing and stealing is catching up with them, with the repercussions of their crimes heading their way.

Veering between hilarious comedy and heartfelt emotion, Brassic is about irreplaceable, lifelong friends, loyalty and the things that come between them.

The show is directed by Daniel O’Hara (Being Human, Silent Witness) and Jon Wright (Our Girl). 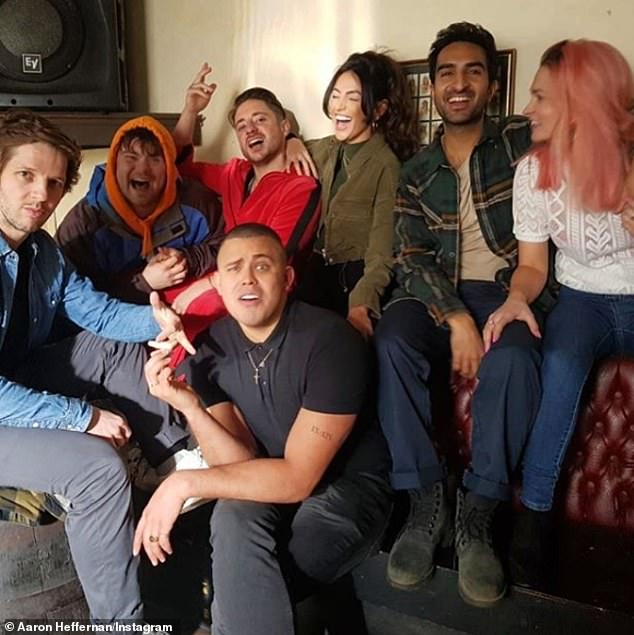 One to watch: Michelle will be enjoying some downtime after filming the second series of Brassic. The Sky One show follows the story of Lancashire native Vinnie and his best pal Dylan

Sold out! Shop the label here

If you’re a fan of the show Brassic you’ll know that Michelle Keegan has been wearing a lot of high-street clothing to play her character, Erin Croft.

Urban Outfitters was the main star of the show as the actress wore the brands affordable and trendy clothing numerous times, including this cropped jacket.

It’s actually by BDG, just one of the labels Urban Outfitters stock, and comes with a front zip, drawstring waist and oversized pockets. It’s ideal for throwing on over dresses and skirts or teaming with jeans as Erin would do.

Sadly, it has now sold out, but we’ve rounded up the best look-alikes below that you can snap up to recreate Michelle’s look for as little as £20.99.