is known for her glamorous look, but one schoolgirl ruled her makeup was ‘a bit much’ after meeting the First Lady at an engagement in yesterday.

Quiana Mullings, nine, was among the local schoolchildren who met Mrs Trump at the Salvation Army Centre in Clapton, north London, and had clear thoughts on the First Lady’s appearance.

‘I’m gonna be honest and say her make-up was a bit much. It made her look sad but actually she was very happy,’ she said to a reporter after the visit. 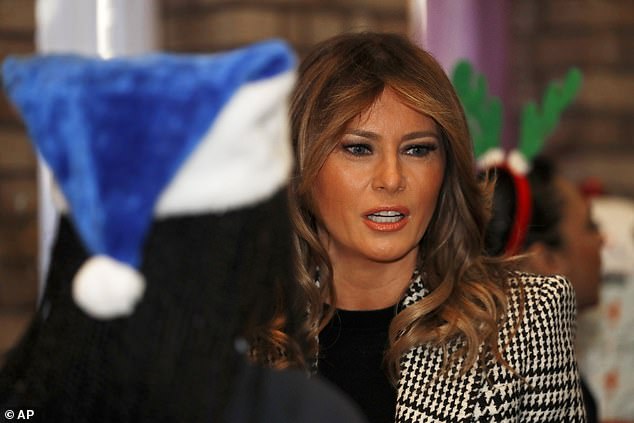 Melania Trump is known for her glamorous look, but one schoolgirl ruled her makeup was ‘a bit much’ after meeting the First Lady at an engagement in London yesterday, pictured 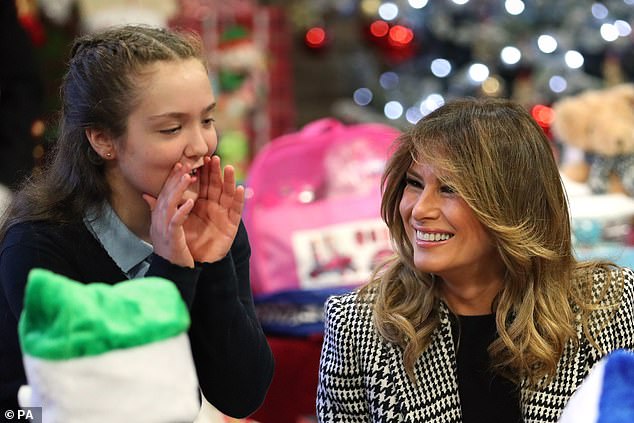 Another schoolgirl (not pictured) said they had expected the First Lady ‘to be grumpy’ but that she was actually ‘really nice’. Mrs Trump also revealed she has never had a mince pie

Meanwhile her friend Isabelle Bates, 10, admitted she and her classmates had expected the First Lady ‘to be grumpy’ but that she was actually ‘really nice’.

The schoolchildren were also amazed when Mrs Trump revealed she has never tried a mince pie.

Isabelle said: ‘Everyone was asking her random questions, what do you do for Christmas and that.

‘We were talking about mince pies and she said she never had one but she was going to try one tonight. I thought she was really fun. 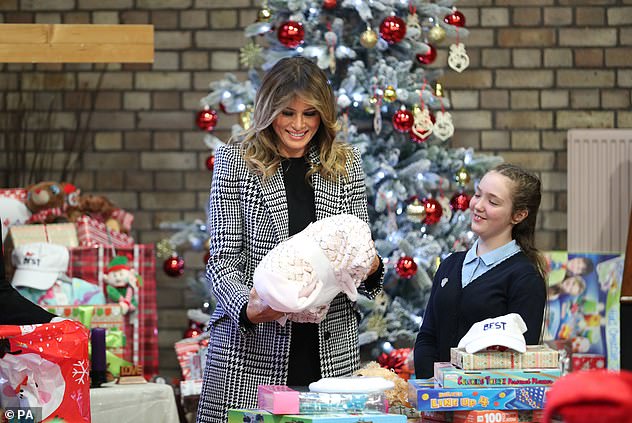 First Lady Melania Trump’s maternal nature was clear to see as she met schoolchildren in London today. Pictured, the First Lady wrapping presents to be donated to the Salvation Army

Layer up like Melania in a houndstooth coat by Alexander McQueen

Buy a similar style at MATCHESFASHION

The Duchess of Cambridge wore a green Alexander McQueen dress to the NATO reception at Buckingham Palace last night, and it seems that the First Lady has been taking style tips from Kate.

Melania Trump paid a visit to a Salvation Army centre in London wearing a black and white houndstooth check coat, which is by Alexander McQueen. Those structured shoulders and angular pockets are signature McQueen, and this particular print was shown on the Autumn/Winter ’19 runway (pictured, right). It’s a smart style that looks very sophisticated over a simple black ensemble.

Her exact coat isn’t available to buy, but click through to get your hands on a similar houndstooth coat by Alexander McQueen.

Or check out the lookalike options in our edit below, ranging in price point from Asos right up to Balenciaga.

‘There was a picture in school we saw and we were looking at it and she looked really grumpy. But she wasn’t.’ 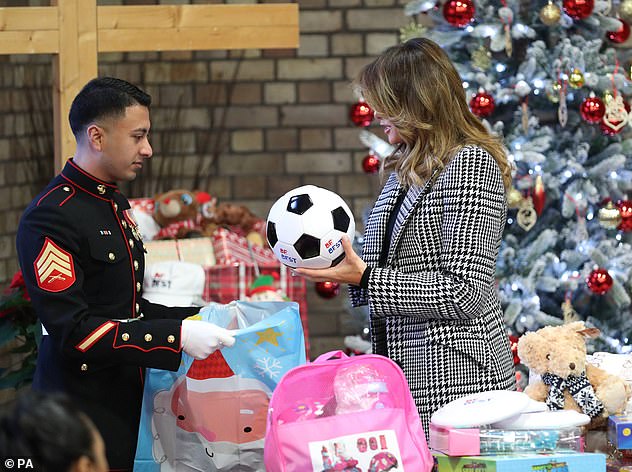 Mrs Trump helped wrap the Christmas presents during the outing to the Salvation Army Clapton Centre in London. She was joined on the trip by the wife of the US Ambassador 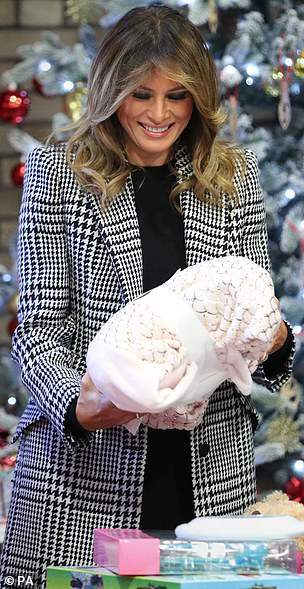 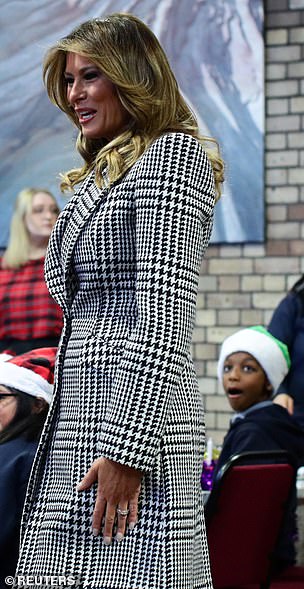 Mrs Trump, 49, couldn’t keep the smile from her face as she spent time with local pupils, left. One young boy looked star-struck (right) as she breezed past him on her way into the room 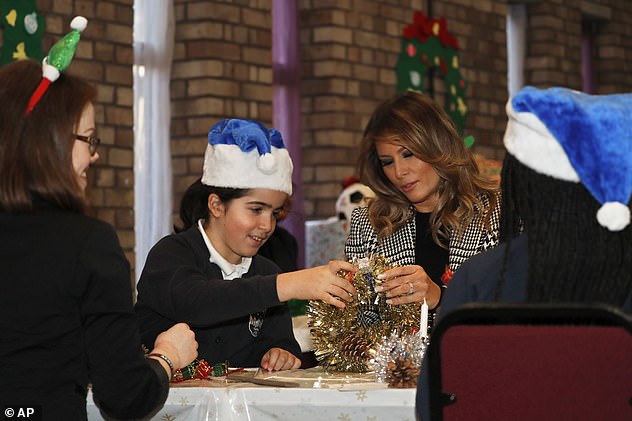 The First Lady beamed as she settled in to make Christmas decorations and wrap presents with the excited youngsters. Mrs Trump attended the engagement without the President

She commended the Christmas hat-clad youngsters on their festive-wear and chatted more generally about the festive season.

She attended the engagement without the President, who was at the NATO summit in Watford.

She was accompanied instead by Suzanne Johnson, the wife of the US Ambassador.

President and Mrs Trump arrived back in the US today.