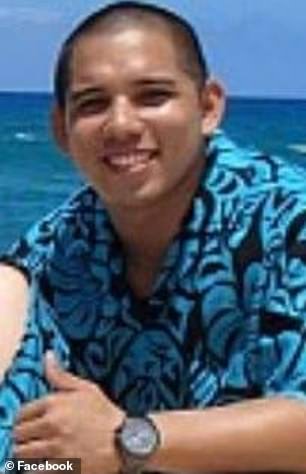 Victim: Vincent Kapoi Jr. was killed. The shooter has not yet been pictured

The US Navy sailor who opened fire at Pearl Harbor on Wednesday, killing two civilian employees working in the shipyard before turning the gun on himself, has been identified.

Petty Officer Gabriel Romero, 22, was named on Thursday by anonymous military officials as the shooter.

According to , he opened fire with his M4 service rifle then used his M9 pistol to shoot himself.

He killed 32-year-old Vincent Kapoi Jr. and one other civilian employee who is yet to be named before turning the gun on himself in an as-yet unexplained attack at 2.30pm.

A third civilian who was shot by Romero was injured but is in the hospital recovering.

It remains unclear what his motive for the attack was. Romero worked on the USS Columbia, a submarine that was in the dock for maintenance.

Joint Base Pearl Harbor-Hickam was placed on lock-down after the shooting at Drydock 2 around 2.30pm local time.

It comes just days before thousands were scheduled to gather at the military base to mark the 78th anniversary of the Japanese bombing that launched the US into the Second World War.

Rear Admiral Robert Chadwick, the commander of Navy Region Hawaii, said the service would evaluate whether security would need to be upgraded ahead of the annual ceremony. 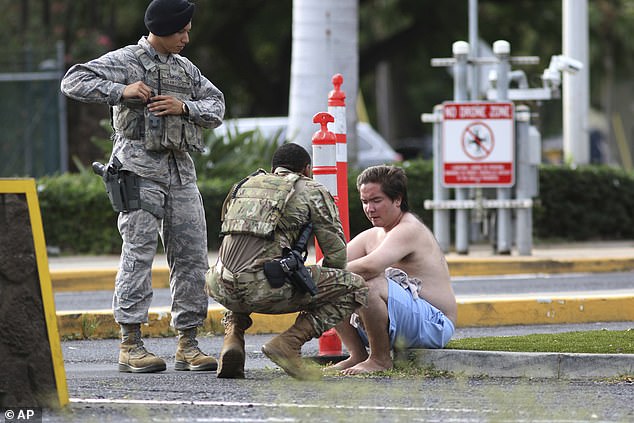 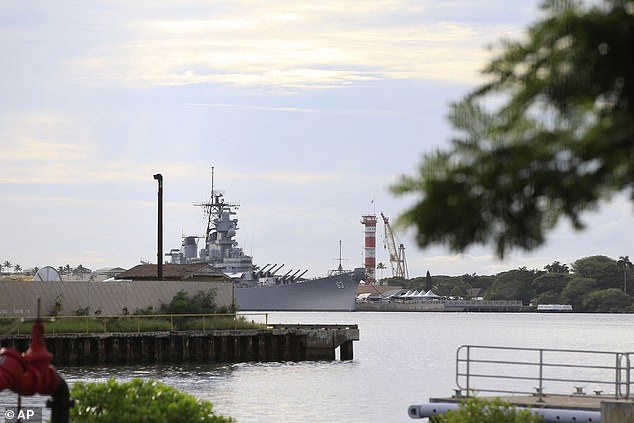 A naval ship on Wednesday at the harbor after the shooting. The motive remains unknown 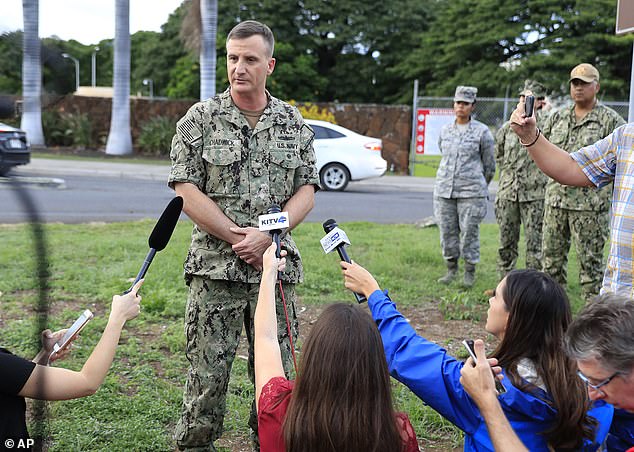 About a dozen survivors of the 1941 bombing were expected to attend, along with dignitaries and service members.

‘We have no indication yet whether they were targeted or if it was a random shooting,’ Chadwick said adding that he didn’t know what type of weapon the shooter used.

One eyewitness told : ‘I was at my desk when I heard loud pops, which I recognized as gunshots.

‘I looked out of the window and I saw three people on the ground.

‘The shooter, who I assume was a sailor because he was in uniform, shot himself.’

Emergency crews raced to the scene following reports of gunfire.

Text messages are said to have been sent those in the area alerting them of the danger.

Footage showed law enforcement and first responders at the scene. 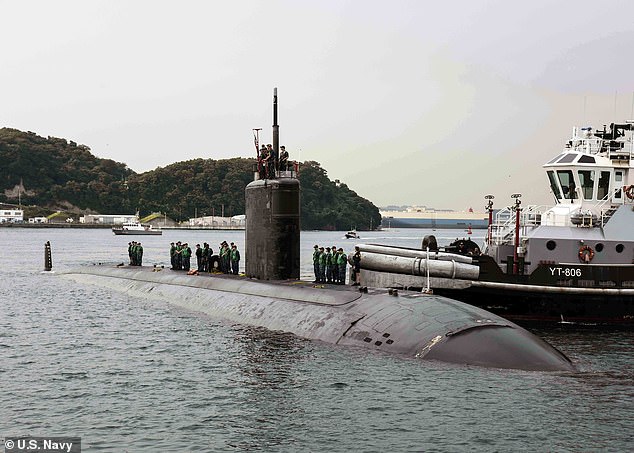 The military has revealed Romero was part of the crew of the USS Columbia, a submarine in the port for maintenance (file image)