A toddler who ran back and tried to save his pet puppy from a fire inside his Arkansas home has died.

Tragic Loki Sharp, who was just 23 months old, lost his life in the devastating blaze in Gentry at around 5pm on Saturday evening.

He had escaped the flames before running back into the home to try and rescue the family dog,  reports.

Loki’s parents Kurtis and Caitlyn are said to have lost sight of their son as they battled the fire and called for help. Their puppy is also said to have died trying to protect Loki. 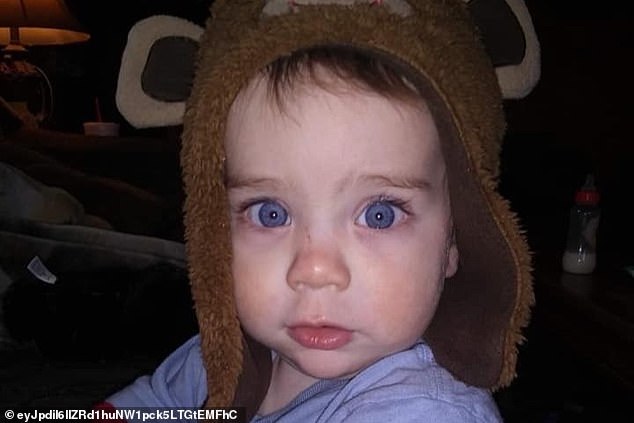 Loki Sharp, who was just 23 months old, lost his life in the devastating blaze in Gentry on Saturday evening after running back into his burning home to try and save his dog 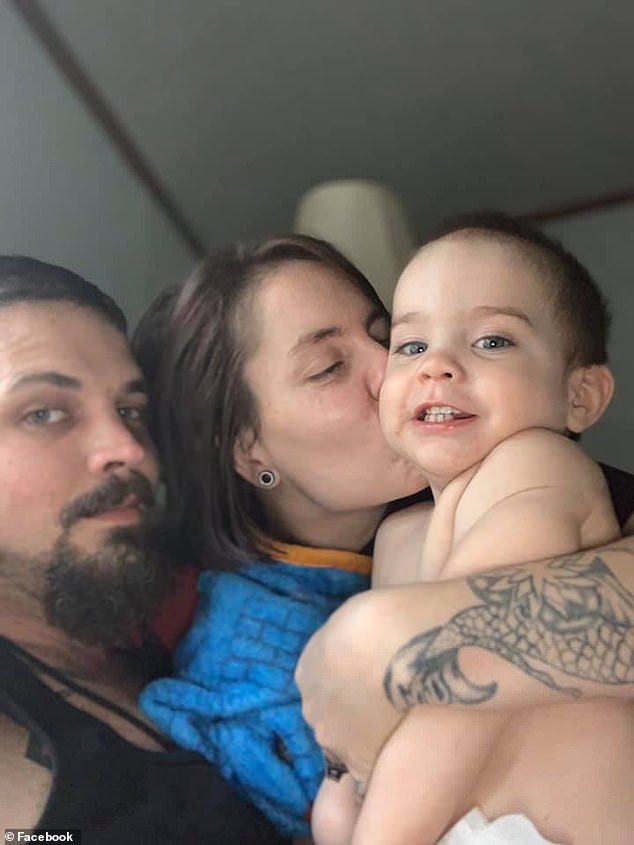 Loki’s parents Kurtis and Caitlyn, pictured with their son, are said to have lost sight of him as they battled the fire and called for help. The dog is also said to have died trying to protect Loki

Gentry Fire Chief Vester Cripps told  the incident is thought to have been started by an electrical fault.

Posting a image with his young son on Facebook, Kurtis wrote: ‘I just wanna stop here and say never take your children for granted. Cherish every waking moment with them!!!! We love u bubba and we know your in a better place!!!!’

Kurtis said the family ‘lost everything’, including their son, home and their dog.

He said the puppy died tried to protect his son, adding: ‘Please keep us high in your prayers tomorrow as we will be going to the funeral home to get our precious baby boys funeral and burial all set up!!!’

Mourners have been asked to wear red white and black at Loki’s funeral. A page is raising money for the family.

It states: ‘One of our dear representatives lost everything in a house fire. Not only did they lose their belongings but also a precious child. The last thing we want the family to worry about during this very difficult time is money.

‘Most importantly please pray for this family.’

Footage from shows damage to the home and an investigation into the blaze continues. 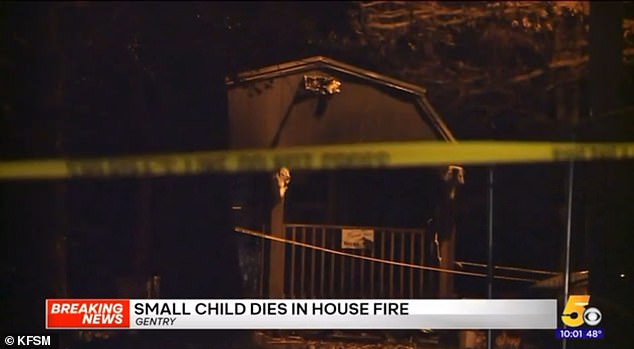