Last year’s Cyber Monday was the biggest single shopping day in Amazon’s 25 year history, but the company’s success has led to problems for the country’s recycling industry.

The number of annual deliveries through the US Postal Service, Amazon’s default delivery method, has doubled over the last decade, going from 3.1 billion in 2009 to 6.2 billion in 2018.

The extraordinary growth of cardboard waste from shipping materials has been dubbed ‘the Amazon effect’ at many waste removal and recycling companies. 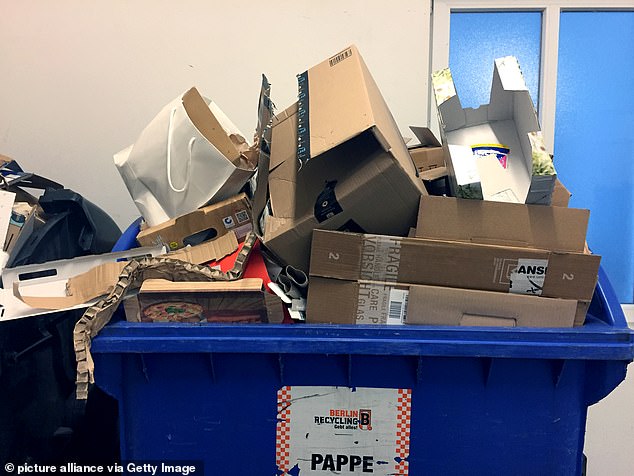 According to a report in , corrugated cardboard accounts for close to half of the curbside recycling material in New York today, compared to just fifteen percent in 2003.

The enormous increase in residential packaging materials has come at the worst possible time, as in 2018 China, formerly the world’s largest recycler, began refusing shipments of recyclable cardboard from the US in instances where it was contaminated by .5 percent or more of other material.

In years past, shops and other commercial establishments were the main source of recyclable cardboard and they tended to produce much cleaner and better sorted waste, in part because the materials weren’t likely to be mixed up with domestic trash like food containers.

Today, between 25 and 30 percent of cardboard recyclables come from residential areas and are much more likely to be contaminated with other material, meaning it will end up either in a landfill or an incinerator.

‘It’s very difficult for American material recovery facilities to satisfy that standard because Americans put plastic bags and chewing gum and bowling balls and dirty diapers and everything else you can imagine into the recycling containers,’ David Biderman of the Solid Waste Association of North America told The Verge. 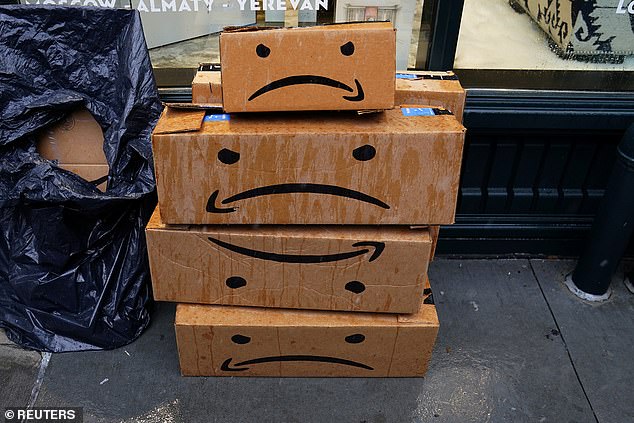 Amazon’s default delivery service, the US Postal Service more than doubled the number of packages it handled, rising from 3.1 billion in 2009 to 6.2 billion in 2018

Amazon has tried to move toward more efficient shipping materials, and claims it’s used alternative shipping materials for 1.18 billion orders since 2008 that otherwise would have been sent in cardboard boxes.

These gains appear to have been outpaced by the sheer demand for more consumer goods from the American cities and suburbs.

The waste removal company Republic Services expects the trash and recycling output of each household this year between Thanksgiving and New Year’s Day to rise by an additional 1,000 pounds this year, a 25 percent increase on 2018.

‘To use the word bluntly: that’s a crisis, an economic crisis in the viability of recycling in the US,’ Republic Service’s Richard Coupland said.

Report-breaking velocity boat that flipped and killed driver again on water after greater than 50 ye...
Has Meghan given up on British style? Duchess has worn UK designers on just two public appearances
Trump is immoral and doesn't tell the truth, former U.S. Commander Stanley McChrystal charges
Obamas have a wall around their home! Trump uses former first couple to argue for his border barrier
Pet monkey kills its owner, 72, when the man tried to get it to climb a tree
One of Matt Gatez's constituents dies from coronavirus days after he 'mocked' the outbreak
Elon Musk's model mom Maye shares cute photo of her new grandson X Æ A-12 on Mother's Day
LA residents face fines of up to $300 if they don't wear a face mask