A ‘blonde bombshell’ will be entering the South African jungle for I’m A Celebrity…Get Me Out Of Here! next year.

On Monday, Channel 10 released a new teaser clip revealing that a reality TV starlet will be plucked from a tropical paradise and dropped into the camp.

Fans are convinced that the mystery contestant is , who recently hosted Australia in .

Others speculated that it could be a contestant from  – which is also filmed in Fiji – such as Abbie Chatfield or Kiki Morris.

In the promo, a sun-kissed mystery woman is seen walking around on a luxury yacht floating in tropical waters.

A subsequent scene shows a helicopter flying over a tropical shoreline carrying the contestant in a cargo box labelled, ‘Blonde Bombshell’. 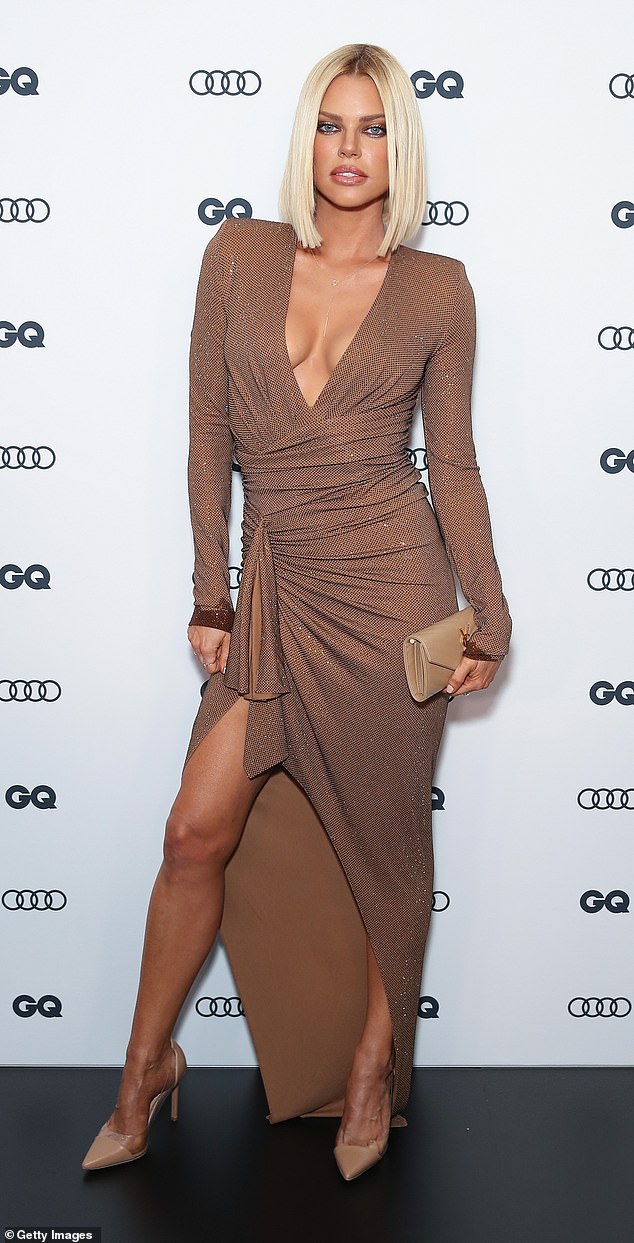 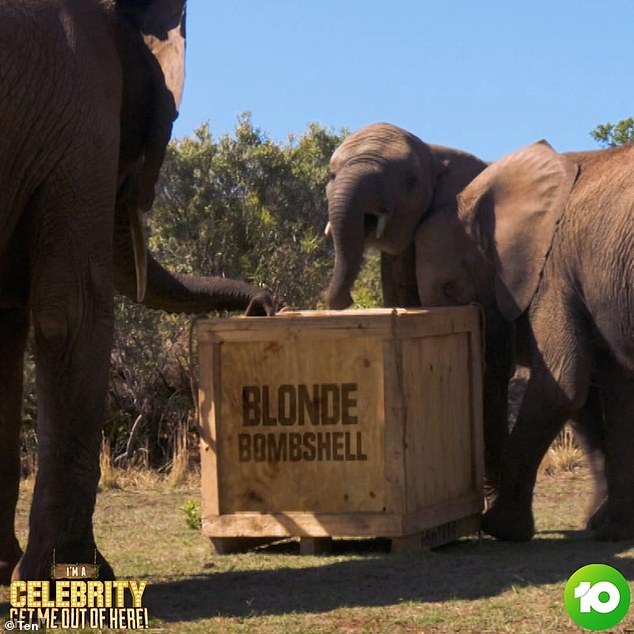 Who’s in the box? ‘A blonde bombshell is leaving her tropical paradise for jungle hell… How will this reality TV beauty cope?’ a voice over said in the promo video

The box is then roughly dumped in the South African jungle – to the amusement of onlooking zebras and elephants.

‘A blonde bombshell is leaving her tropical paradise for jungle hell… How will this reality TV beauty cope?’ a voice over said.

The reality TV glamazon will join the likes of a footy legend, an international mega star and an Order Of Australia recipient as they battle it out for the winning title.

Convinced: It didn’t take long for fans to become convinced that the star is Sophie Monk, who recently hosted Love Island Australia in Fiji

Meanwhile, celebrity chef Miguel Maestre will be making his hosting debut alongside Dr Chris Brown and Julia Morris this season.

A recent teaser video depicts Miguel as Chris and Julia’s kidnapper, demanding to know who’s going into the jungle.

In a final twist, it is revealed that Miguel himself will be entering the South African wilderness.

I’m A Celebrity…Get Me Out Of Here! premieres Sunday, 5 January At 7.30pm on Ten. 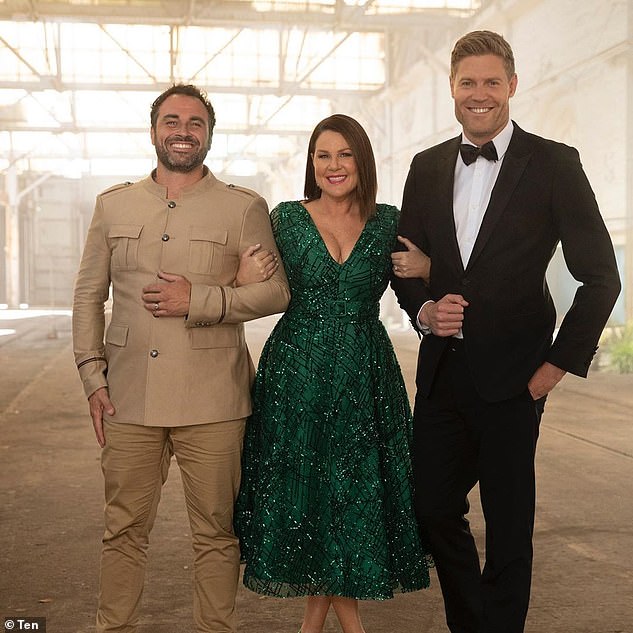 Get excited! Channel Ten previously hinted that an Australian comedian and an AFL legend would also be going to the jungle. Pictured: I’m A Celeb hosts with Miguel Maestre

Gigi Hadid cuddles as much as Zayn Malik in liked up Instagram snap
Amal Clooney looks like a vision in grey as she steps out in NYC with out her handsome hubby George
Katie Price, 40, is propped up by a minder as she makes VERY bleary-eyed departure from London club
David Beckham and Wayne Rooney lead the Mother's Day celebrations
Late Night review: Emma's Thompson stars as an icy talk show host
Sam Faiers highlights her VERY tanned physique in a plunging white halterneck bikini
Holly Willoughby wildly rolls around the This Morning studio floor with 10 sausage dogs
Lauren Goodger rushed to hospital as 'under a lot of stress'