A man suffering an anxiety attack tried to open the door of a jet mid-flight and had to be subdued by passengers including boxer Dillian Whyte’s brother.

British Airways flight 263 was around an hour from Riyadh, having departed from Heathrow, on Monday night when the incident happened.

Passengers said a ‘clearly agitated’ man suddenly started pulling on a lever to open a door at the back of the plane, while shouting ‘I want to get out’ in broken English. 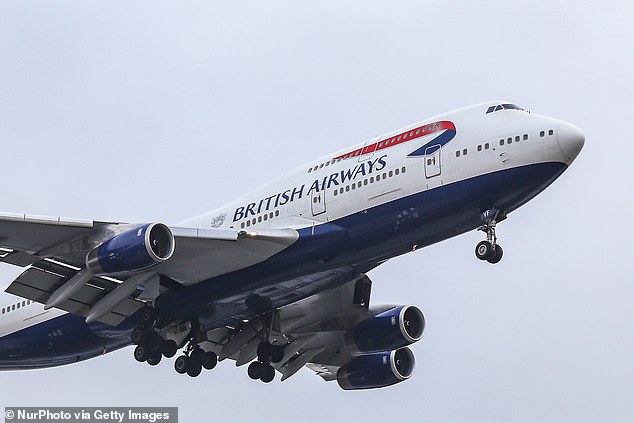 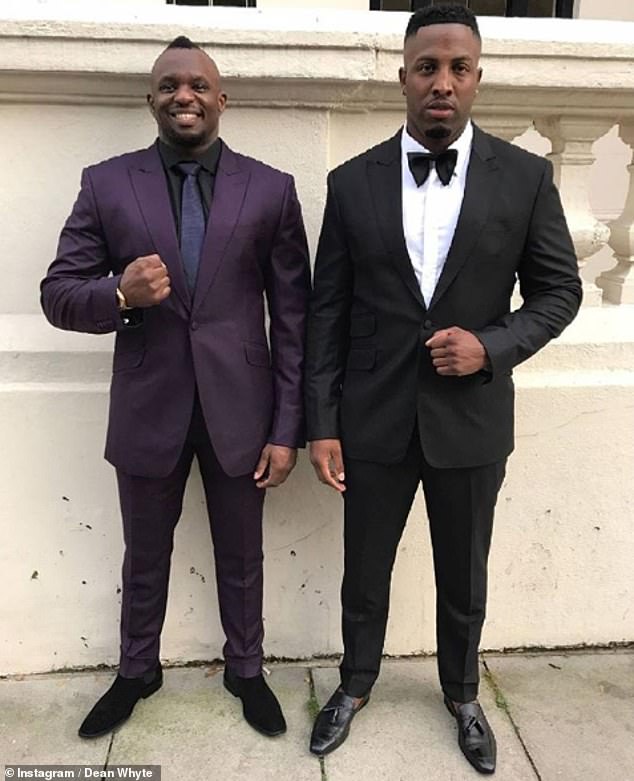 Witness Ian McNally said he rushed to intervene along with 6ft 7ins Dean Whyte, brother of British boxer Dillian, who was repeatedly shouting ‘calm down bruv’.

Yeta Odusanya, mother of fellow boxer Anthony Joshua, was also reported to be on board – heading to Riyadh where her son is due to fight Andy Ruiz Jr on Saturday.

Dillian Whyte is fighting on the under-card.

Mr Whyte told : ‘It was like something out of a movie. When I got there he was shouting “I want to get out” in broken English.

‘I managed to grab him and was preparing to slam him hard if necessary but myself and the steward could see he wasn’t quite right in the head so I held him and tried to calm him down. Eventually it worked.’ 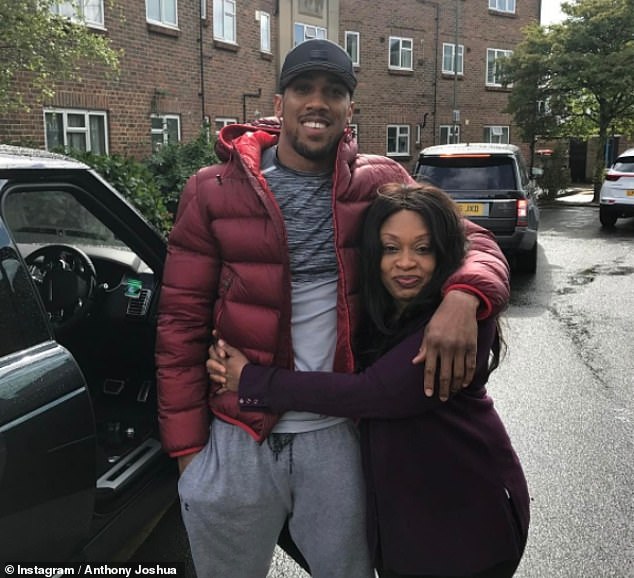 Yeta Odusanya, mother of fellow boxer Anthony Joshua (pictured together), was also on board the flight, heading to Saudi Arabia to watch her son fight Andy Ruiz Jr on Saturday. Dillian Whyte is fighting on the under-card

Half a dozen stewards, one carrying handcuffs, also rushed to help, but after a few moments the man calmed down and returned to his seat.

British Airways flight attendant confirmed that the incident was reported to police, although the fate of the panicked passenger remains unclear.

The airline sought to reassure passengers, saying it is impossible for a plane door to be opened mid-flight.

A spokesman added: ‘Our cabin crew cared for a customer who suffered from a panic attack during the flight.

‘We are sorry for any concern this caused our customers.’