President kicked off his diplomatic meetings with NATO members in London by blasting Emanuel Macron for his own comments that the alliance was risking suffering ‘brain death.’

Macron in an interview said NATO was suffering ‘brain death,’ highlighted a split over Turkey, and said the treaty alliance must remained unified.

‘You just can’t go around making statements like that against NATO. It’s very disrespectful,’ Trump groused at the start of two days of meeting with world leaders, including Macron.

Trump called it a ‘very, very nasty statement to essentially 28, including them, 28 countries’ that are part of NATO. 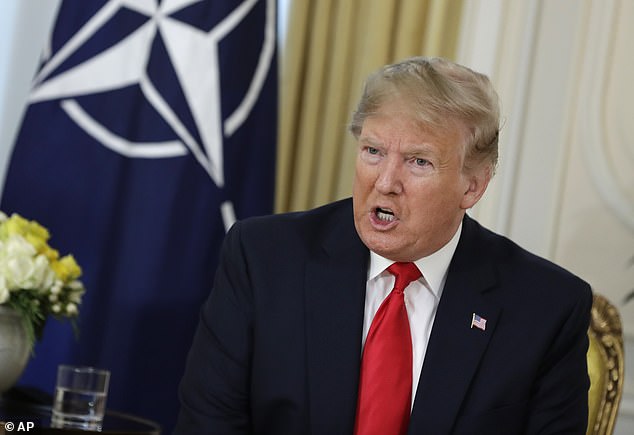 ‘I heard that President Macron said that NATO was brain dead,’ Trump said, in a long back-and-forth with reporters. ‘I think that is very insulting towards a lot of different forces,’ he added.

Trump rapped Macron for his words and ripped the French economy while also brandishing U.S. economic power in a growing trade spat with Paris.

‘It’s a tough statement though when you make a statement like that,’ Trump complained.

‘Nobody needs NATO more than France. You just look back over the long period of time,’ Trump said. ‘Frankly the one that benefits really the least is the United States.’

‘We benefit the least. We’re helping Europe. Europe unites when they go against a common foe … That may or may not be a foe,’ Trump said, in a presumed reference to Russia. 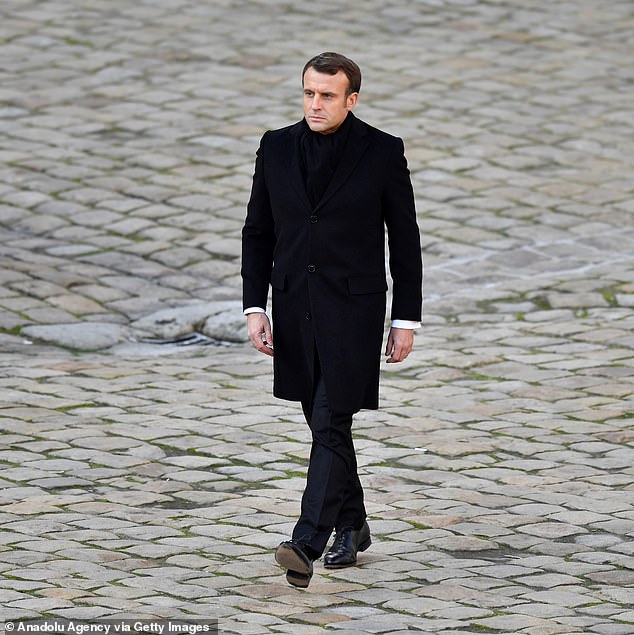 Trump said of France: ‘It’s a very tough statement to make when you have such difficulty in France.

‘They’ve had a very rough year,’ and brought up the ‘yellow vest’ protests, said France had a high unemployment rate, and said it was ‘not doing well economically.

‘We’re doing their wines and everything else,’ Trump said.  ‘You just can’t go around making statements like that against NATO. It’s very disrespectful.’

Trump at first pretended not to know who had made the brain death comment when asked about it by reporters in an extended availability.

Then he allowed: ‘I heard that President Macron said that NATO was brain dead. I think that is very insulting towards a lot of different forces.’

‘Who said that?’ Trump said when first confronted with the comment. ‘Turkey responded by saying that he was brain dead, which is interesting,’ Trump said. 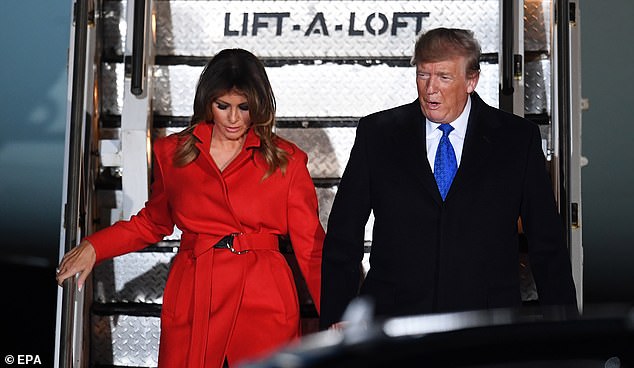 Hitting the French: Donald Trump touched down with his wife Melania for the NATO summit in London just before the announcement his administration wants to hit France with $2.4 billion in tariffs – with a meeting with Emmanuel Macron scheduled for Tuesday morning 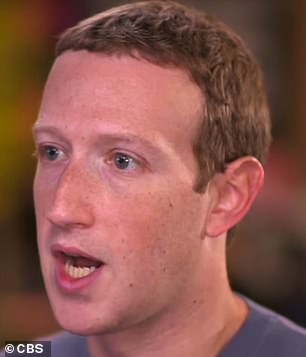 Silicon Valley target: Emmanual Macron’s government is acting over concern in his country that internet giants such as Mark Zuckerberg’s Facebook are not paying their fair share of tax 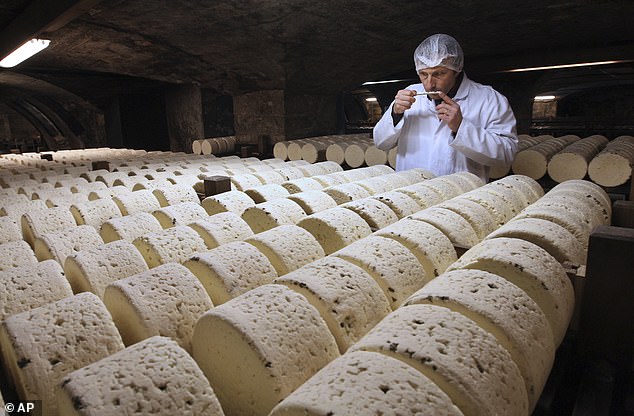 Blue cheese hit: Roquefort, a blue cheese made from sheep’s milk is among the targets of Trump’s tariffs

Macron made his comments in a lengthy interview with The Economist.

‘What we are currently experiencing is the brain death of NATO,’ he told the magazine. He issued the warning in part by citing increasing uncertainty about the role U.S. would play. He said it was time for Europe to ‘wake up.’ Otherwise, he said, we will ‘no longer be in control of our destiny.’

Trump also firmly defended NATO, even after drawing criticism during his first year in office for failing to unequivocally state his belief in its Article Five mutual defense provisions.

‘NATO serves a great purpose,’ Trump said, lauding his own efforts to cajole allies into spending more on military defense.