Doctor Who fans have been given another glimpse of the new series in an epic new trailer for Series 12.

The teaser hints that there could be danger on the horizon for the titular Time Lady, as she warns of a ‘big serious crisis.’

Amongst a montage of tears, drama and aliens, the Doctor also fears that ‘something is coming for her.’ 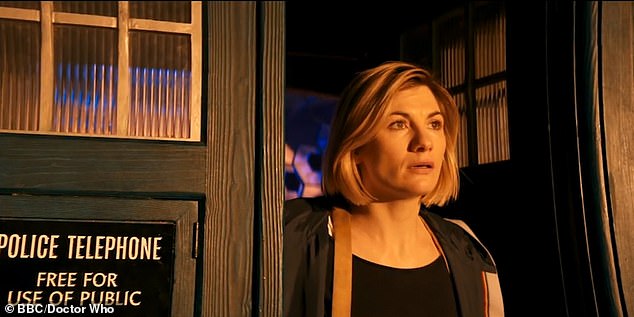 Amazing: Doctor Who fans have been given another glimpse of the new series in an epic new trailer for Series 12

In the trailer, the Doctor sets the scene by narrating a tense introduction that warns of a ‘big serious crisis.’

But it seems the Time Lady is just leaving a voicemail, as she ends the call with ‘kisses! It’s quite French that isn’t it!’

The TARDIS team then emerged dressed in matching bow ties, after the time machine appears to land in a historical plantation of sorts.

As Graham (played by Bradley Walsh) asks: ‘Who are you Doc?’ she pensively responds: ‘You don’t know me.’

Drama: The teaser sees the titular time traveller fearing for her future, as she and her TARDIS ‘fam’ don matching bow ties

Something bad: The start of the trailer sees The Doctor fear for a ‘big serious crisis’ alongside some glimpses at another sinister alien threat 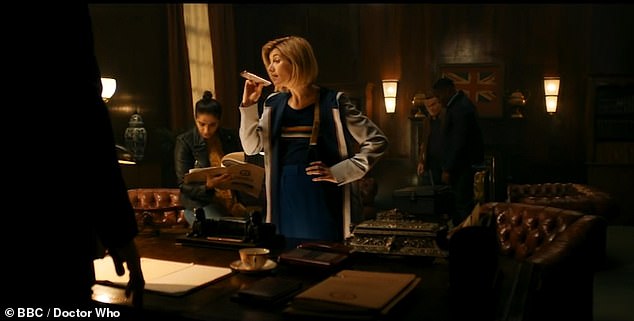 Bye! But it’s then revealed The Doctor is just leaving a voice message, which she ends with ‘kisses!’

United: The entire TARDIS team will be back for the new series, including Graham (Bradley Walsh) [centre], Ryan (Tosin Cole) and Yaz (Mandip Gill)

Ryan (Tosin Cole) then insists: ‘You’re the one who brought us together,’ while the Doctor – who seems fearful as she sits among the TARDIS – warns: ‘Something is coming for me.’

Graham reassures the Doctor: ‘We’ll be right here by your side,’ before the animated Time Lady declares: ‘Let’s go.’

The trailer ends with a montage of moments from throughout the series, which include the Doctor on a motorbike, sinister alien threats and another look at returning villains the Judoon and The Cybermen. 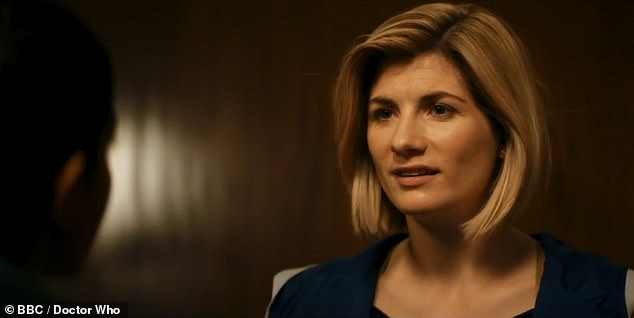 Determined: Later in the trailer the Doctor once again appears to be fearful of something, as she warns that ‘something is coming’

Emotional: Once again the series is expected the feature some heart-wrenching moments, as Yaz wipes away a tear 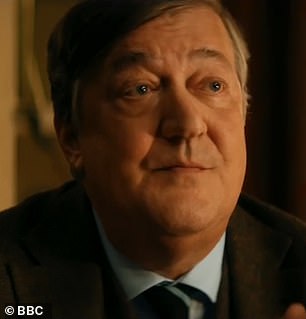 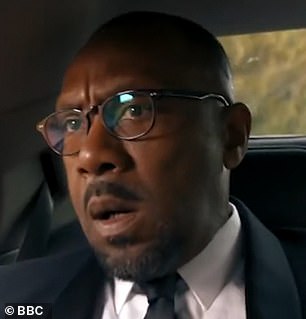 Big names: Fans also get a glimpse of some of the series’ new guest stars, which will include Stephen Fry (left) and Lenny Henry

What is that? As ever the series will be full of terrifying alien creatures, which pose a threat to life on Planet Earth

Yaz (Mandip Gill) also wipes away a tear during one heart-wrenching moment, while there are also glimpses of guest stars Lenny Henry and Stephen Fry.

As an unknown voice notes: ‘Welcome to the end of your lives,’ the Doctor concludes the trailer by saying: ‘People can save planets or wreck them, be the best of humanity, consider us your restored. Do you fancy a trip in the box?’

The trailer also reaffirms that the new series will begin on New Year’s Day, despite previous claims that this year’s festive season would be Who-free.

The new series will begin with a two-part special title Spyfall, and after its first episode will return to its usual slot on Sunday nights from 5th January.

Doctor Who returns on New Year’s Day on BBC One.

Back soon: Doctor Who returns on New Year’s Day on BBC One