Yet Megan Barton Hanson proved she’d come a long way from the villa as she mingled with A-listers at the star-studded British Fashion Awards at the Royal Albert Hall in on Monday night.

The reality TV star, 25, flaunted her taut midriff in a sequinned white ensemble which featured a racy slit up the back of the skirt. 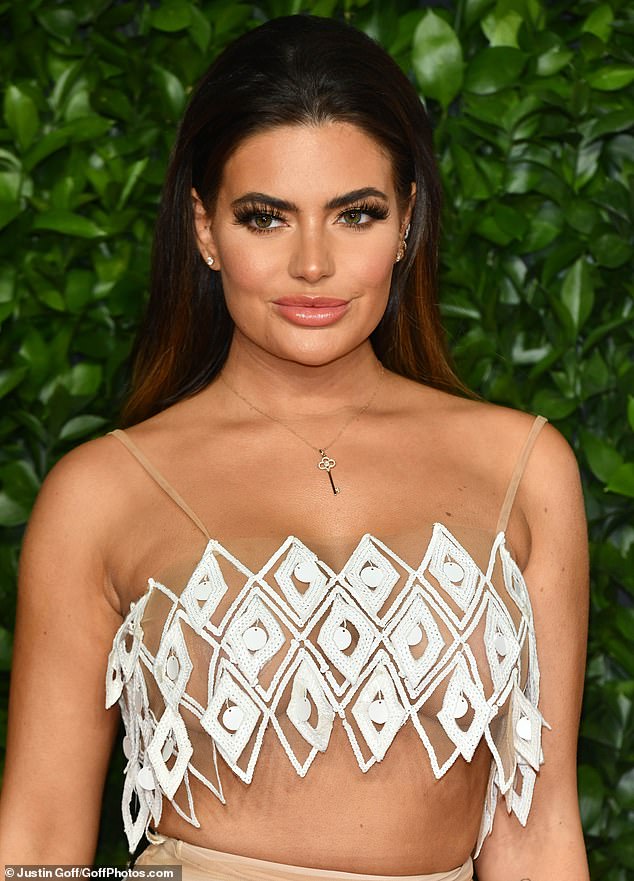 Looking good: Megan Barton Hanson, 25, flaunted her curves in a white sequinned two piece which included a tiny crop top as she attended the British Fashion Awards 2019 in London

Megan exuded confidence as she posed for some snaps on the red carpet in her eye-catching ensemble.

Her tiny crop top boasted several diamond shapes made up of white sequins with a circle in the middle and was perfectly positioned to cover the star’s ample assets.

Matching the stylish top, Megan’s skirt also featured dozens of sequins and flashed glimpses of her toned legs while revealing some neutral underwear.

The beauty wore her caramel tresses perfectly styled into gentle curls and let her sleek locks cascade down her back.

Glowing: The Love Island star cut a fashionable figure in the eye-catching ensemble and flashed some skin with a racy slit up the back of her skirt

Can’t wait: Megan took to Instagram to say she was ‘excited’ for her ‘first’ time at the event

Megan rocked a full face of make-up including a pretty nude lipstick and false eye-lashes at the event.

She completed her look by toting a sparkling silver handbag with a gold handle and wearing a pair of silver heels with a strap around the ankle.

Megan also took to Instagram to gush over going to the star-studded event, which was also attended by Julia Roberts, Rihanna and Naomi Campbell.

The Love Island star wrote: ‘So excited to be at my first British Fashion Awards. Thank you @britishfashioncouncil’ 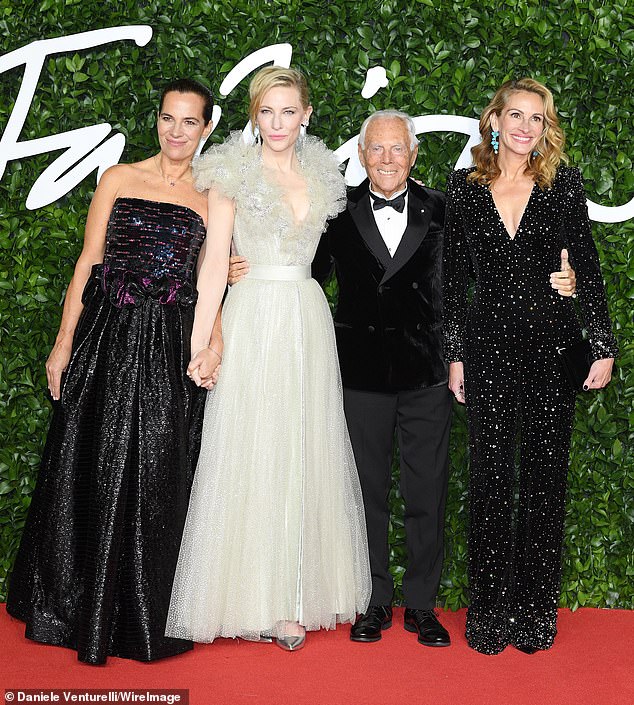 Star-studded: Megan was in the company of A-listers on the red carpet, with the likes of Roberta Armani, Cate Blanchett, Giorgio Armani and Julia Roberts in attendance

The Fashion Awards 2019 recognises creativity and innovation in fashion, celebrating exceptional individuals whose imagination and creativity have broken new ground in fashion globally over the past 12 months as well as the brands and businesses that have transformed the possibilities of fashion today.

In association with The British Fashion Council (BFC), The Fashion Awards celebrates individuals and businesses that have made a significant contribution to the fashion industry over the last year.

It is also a fundraiser for the BFC’s charities and aims to support future talented individuals with their creative fashion skills.

Megan’s appearance comes after she looked nothing short of sensational in racy lingerie for Ann Summers.

She put on a sultry display as she posed up a storm in a green lace bodysuit in one of the snaps and exuded confidence as she relaxed against a leather car seat while wearing the lingerie which was covered in a floral pattern and boasted satin piping.

In other stunning snaps Megan was seen showing off her enviable figure in a barely there mesh bodysuit.

Her ample assets were emphasised in the high neck ensemble which was adorned with sparkling sequin embroidery.

ACCESSORIES DESIGNER OF THE YEAR 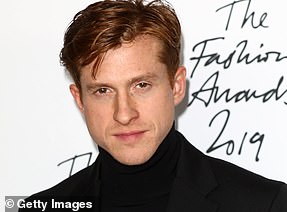 BRAND OF THE YEAR 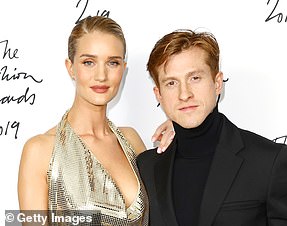 BRITISH DESIGNER OF THE YEAR

BRITISH DESIGNER OF THE YEAR WOMENSWEAR 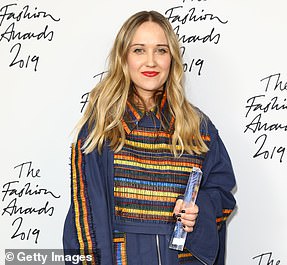 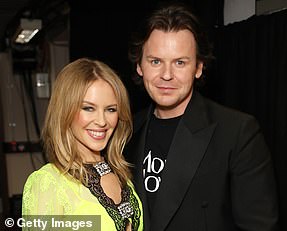 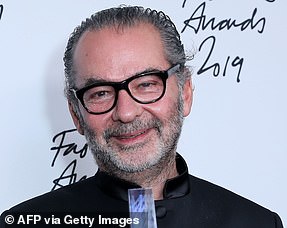 DESIGNER OF THE YEAR

MODEL OF THE YEAR 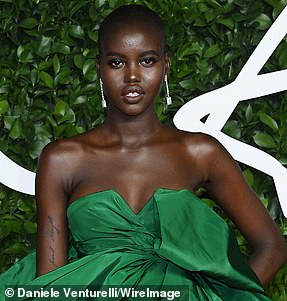 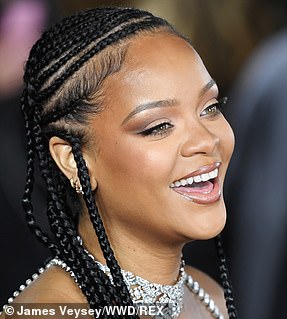 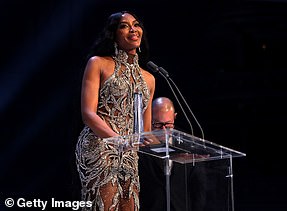 Kate Wright reveals she wasn't invited to one in all her dad's weddings
Love Island fans point out similarities between new cast and 2018 islanders
Vanderpump Rules' Jax Taylor and Brittany Cartwright wed in star-studded Kentucky ceremony
Love Island SPOILER: Heartbroken Anna is left in floods of tears over Jordan cheating 'nightmare'
Rita Ora reveals her cleavage in a red barely-there bikini top as she catches rays in Spain
Kim Kardashian puts her curvaceous figure on display as she dines out at local Mexican restaurant
Screen Actors Guild Awards 2019: British stars nominated
Skye Wheatley squeals in delight as she shares video of baby son Forest walking for the first time