Shocking footage shows a delivery driver drop kick a parcel and then boot it into the air so hard the package was ripped open.

The deliveryman is seen dropping the package, said to contain a gift, and then kicking it on to a driveway.

With his next step the man delivers a vicious second kick which propels the parcel into the air and out of sight of the camera. 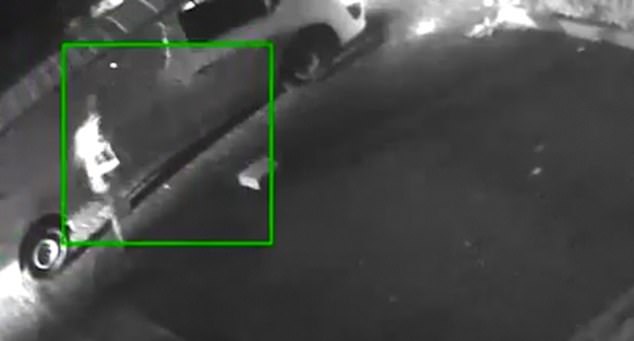 CCTV footage in Sittingbourne, Kent, captures the moment the driver kicks the parcel out of his hands before it loops in front of him and smashes to the ground 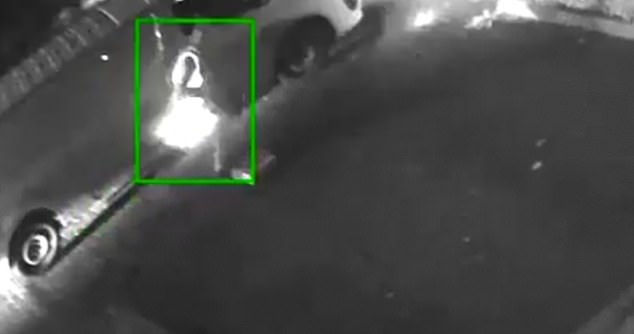 The man is thought to have been delivering to an address in Sittingbourne, Kent, on Friday afternoon at around 5pm.

The video was uploaded to the Facebook page ‘Spotted Coventry City’ with the caption: ‘Delivery man caught chucking package and kicking it ripping open the package.’

They added: ‘Most importantly though, I called and we got a full refund and they were extremely respectful.

‘He didn’t even take it to the door, the neighbour had to deliver it. It was my Christmas gift.’

The full video shows the delivery driver parked on a driveway, and is heard slamming the back doors of his van. 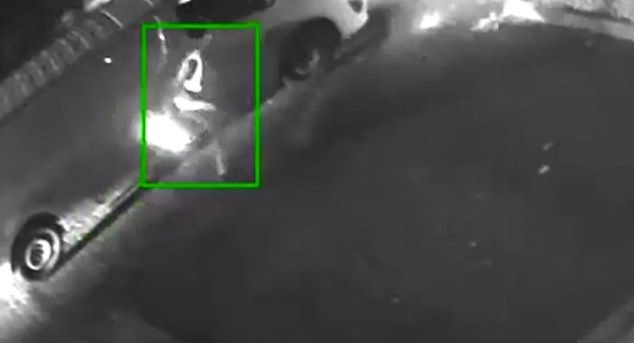 The CCTV footage then captures the moment the driver kicks the parcel out of his hands before it loops in front of him and smashes to the ground.

The thud echoes as the driver runs up to the parcel and kicks it towards the neighbouring house.

A woman claiming to be the neighbour watched the driver deliver the parcel from her home.

She commented: ‘Sat and watched the whole thing, had the cheek to park over my drive.

‘Calls himself a delivery driver, me being the good neighbour delivered the parcel, what was left of it.’