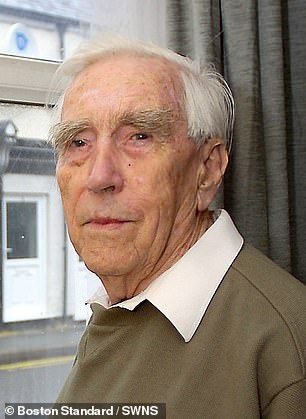 John Richards, (pictured) who worked in journalism for much of his career, started the Apostrophe Protection Society in 2001 after he retired

A society dedicated to preserving the ‘much abused’ apostrophe is to be shut down as its chairman says ‘ignorance and laziness’ has won.

John Richards, who worked in journalism for much of his career, started the Apostrophe Protection Society in 2001 after he retired.

Now aged 96, Mr Richards is calling time on the society which lists the three simple rules for correct use of the punctuation mark.

His work involved advising people on proper use and writing to organisations to highlight their apostrophe errors.

Writing on the society’s website, the former newspaper reporter and sub editor from Boston, Lincolnshire said: ‘Fewer organisations and individuals are now caring about the correct use of the apostrophe in the English language.

‘We, and our many supporters worldwide, have done our best but the ignorance and laziness present in modern times have won!’ 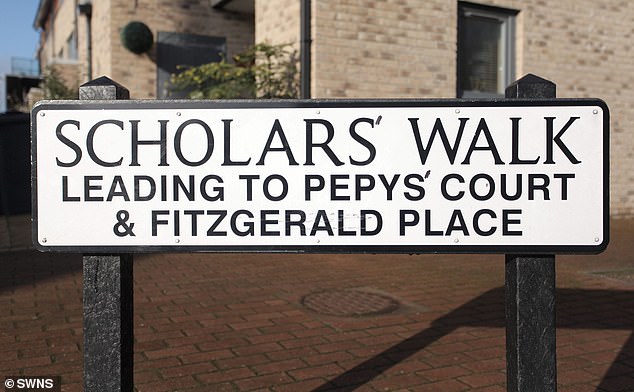 An example of an apostrophe used wrongly on a public sign. Mr Richards started the society after seeing the ‘same mistakes over and over again’ 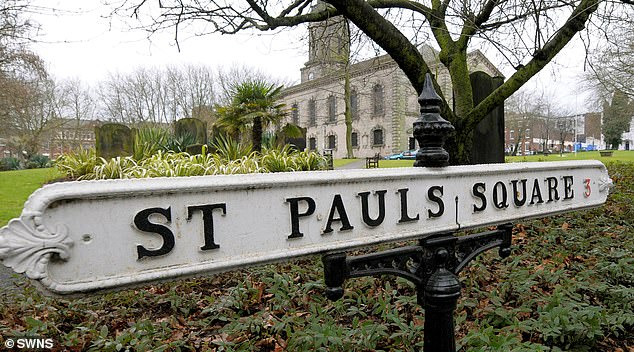 A sign for ‘St Pauls Square’ in Birmingham with a missing apostrophe. The society’s website will remain open for a limited time for reference purposes

Mr Richards started the society after seeing the ‘same mistakes over and over again’ and hoped he would find half a dozen people who felt the same way.

He said: ‘I didn’t find half a dozen people.

‘Instead, within a month of my plaint appearing in a national newspaper, I received over 500 letters of support, not only from all corners of the United Kingdom, but also from America, Australia, France, Sweden, Hong Kong and Canada.

‘When I first set it up I would get about 40 emails or letters a week from people all over the world. Many were saying how it was about time that we had something like this.

‘But then two years ago it started to tail off and nowadays I hardly get anything. It seems that fewer organisations and individuals care about the correct use.

‘Those who do will get it right but those who can’t be bothered will just carry on sprinkling it about where they feel it looks nice.’ 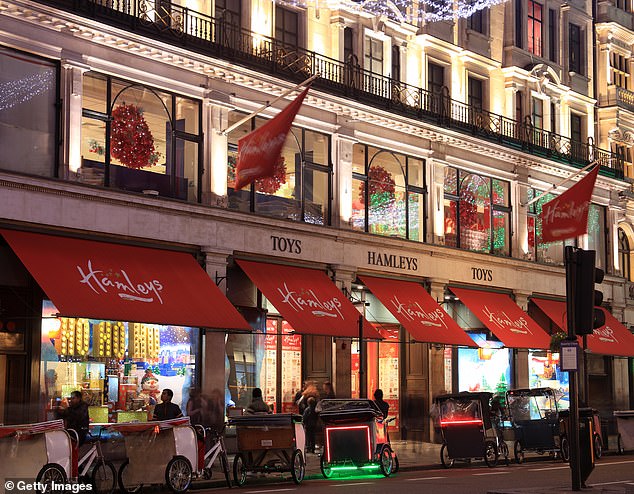 There’s little explanation as to why Hamleys dropped its apostrophe. The firm traded as Hamley’s until about 1911

The society’s website will remain open for a limited time for reference purposes, Mr Richards added.

Mr Richards has now said he may start campaigning again – this time to preserve the comma.

He said: ‘The use of the comma is appalling. When I read some newspaper websites they just don’t understand what it is used for.’

Speaking today he said the biggest problem isn’t people misusing the apostrophe – but not using it at all.

He also said the issue has been made worse by large companies like Lloyds Bank and Waterstones.

John said: ‘The biggest issue I have is not that people get it wrong and put the apostrophe in the wrong place – they just don’t use it altogether.

Waterstones changed its logo to remove the apostrophe in 2012, sparking outrage among customers and punctuation experts

‘In many ways it’s been completely abandoned and people and business just don’t use it at all, they leave it out.

‘The problem has been speeding up over time and now more often than not the apostrophe is just not used.

‘Look at Waterstones – they used to be Waterstone’s. They are a book seller so you’d think they should know better.

‘I wrote to them to ask why they removed it and they said it was a ‘design issue’. But it sets a bad example.

‘Lloyds are the same – they used to be Lloyd’s.

‘It’s been going on for years and it’s just become much worse. It’s always been a concern.’

Waterstones changed its logo to remove the apostrophe in 2012.

At the time the book store said it was phasing out the apostrophe in its logo because it was no longer ‘practical’ in the age of the internet and email addresses.

But the move sparked outrage among customers and punctuation experts who insisted that the apostrophe should remain.

Other stores including Hamleys and Harrods have dropped their apostrophes over time.

Emergency border exercises will use fake passengers - and lorries of real sheep
Chelmsford 'stabbing': Air ambulance on scene at Oakland's Estate
The Queen makes an appearance at the Cartier Polo Cup final in Windsor
Boris Johnson backs Mail campaign and vows to fix social care crisis 'once and for all'
Instagram model makes up to $4k for a single post after having a boob job and nose job
Joaquin Phoenix attends The Joker premiere in Venice after losing 52lbs for the role
Pret mocked over bid to mark CEO's 16 years at the helm with dessert called 'Clive's Passion Pot'
Husband, 69, is accused of Britain's first self-isolation murder