Crown Princess Mary of Denmark looked a vision in blue as she arrived at the Rigshospitalet for a visit to the hospital’s heart surgery section in Copenhagen, Denmark today.

The Australian-born royal, 47, opted for a pair of smart navy tailored trousers and a matching blazer – and added a silky light blue blouse underneath.

She accessorised with coordinating earrings and added a pop of colour to her ensemble with a pair of purple velvet heels.

During her visit, she met with the hospital’s staff and its Chief surgeon Christian Carranza, who showed her how to perform mock heart surgery on an artificial torso. 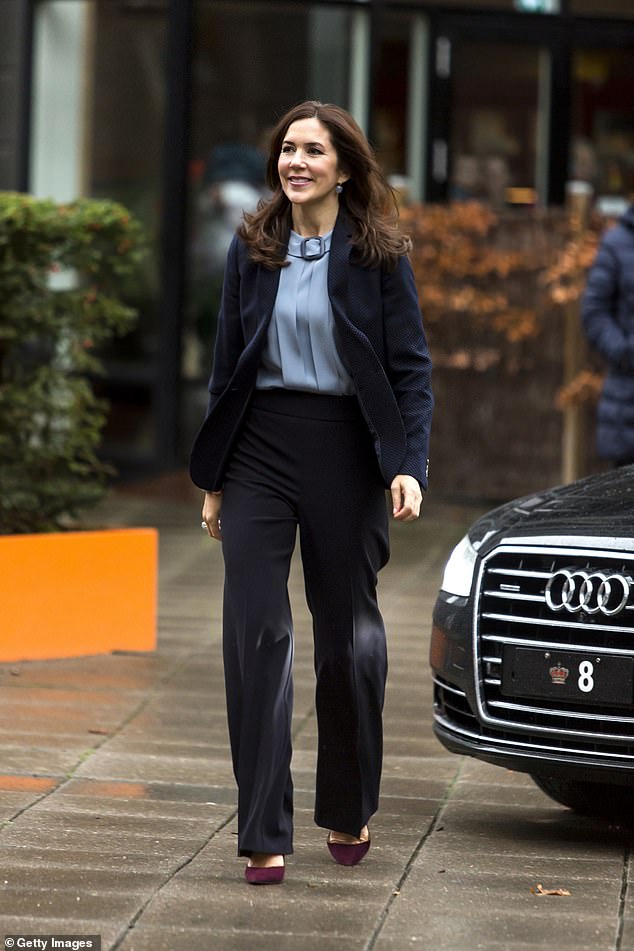 Crown Princess Mary of Denmark, 47, was a vision in blue during a visit to the Rigshospitalet in Copenhagen today 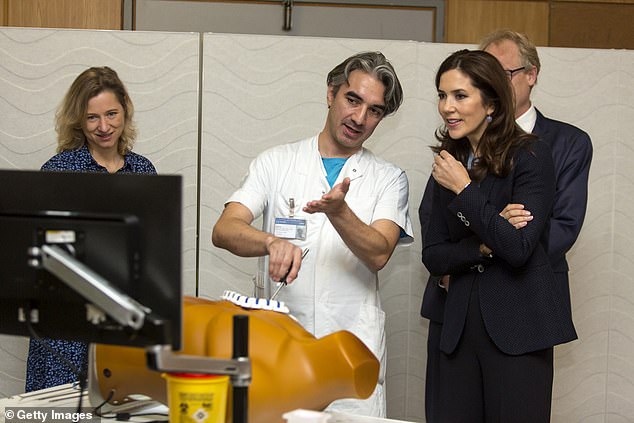 Following the surgeon’s instruction, Mary, who is the Patron of the Danish Heart Foundation, was seen trying to follow his demonstration.

She wore her brown hair loose and kept her makeup minimal – adding just a dash of nude lipstick and mascara.

The Rigshospitalet hospital, located in the heart of Copenhagen, is one of the most highly specialised in Denmark. 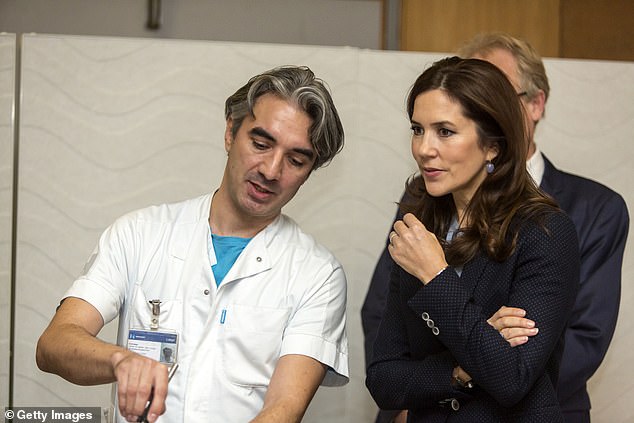 Following her visit to the hospital, the royal will present the foundation’s 2019 research prizes at Hotel D’Angleterre.

It’s been a busy few days for Princess Mary, who, earlier in the week, was joined by husband Prince Frederik, 51, as they attended a wreath laying ceremony in Warsaw to commemorate World Word Two veterans.

The royal duo, who have been married for 15 years, were greeted with military honors by Polish President Andrzej Duda in front of the Presidential Palace.

It was a sombre occasion for the pair, who were in the country for a wreath laying ceremony at the Tomb of the Unknown Soldier.

The Crown Prince and Princess marked 100 years of Denmark’s diplomatic ties with Poland during the one-day visit. 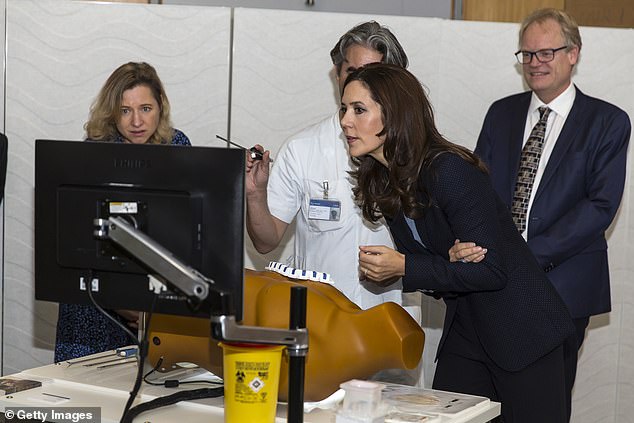 Princess Mary, who is the patron of the Danish Heart Foundation, seemed particularly interested in the procedure 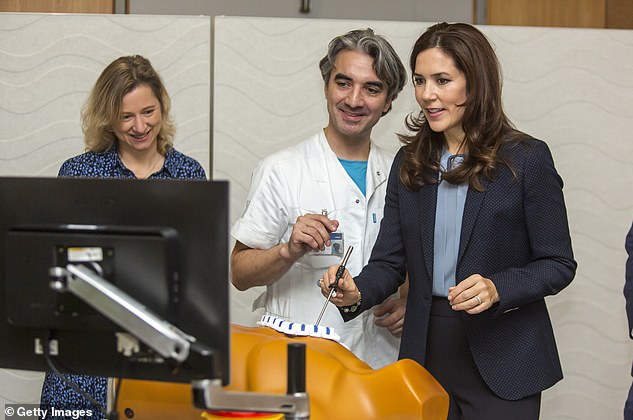 After the demonstration, Princess Mary tried her hand at the procedure under the guidance of Christian Carranza 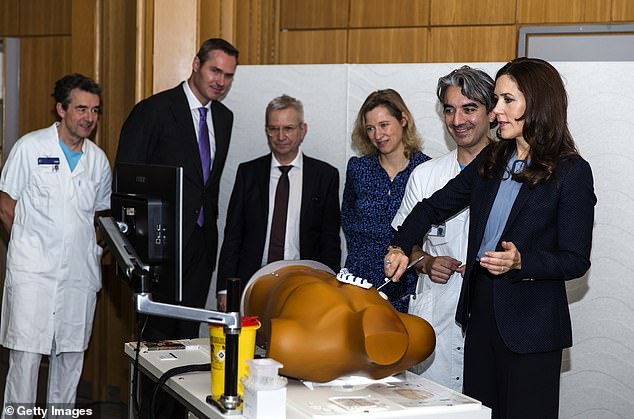 'I can't wait to see you': Boris Johnson 'made frantic calls to ex-Tory aide Carrie Symonds'
JAN MOIR: Oh no! The Bodyguard finale is the end every woman in Britain is dreading
David Beckham's image rights firm is threatened with closure after failing to file accounts on time
May's 11th-hour bid to break Brexit deadlock
May faces ANOTHER Brexit showdown
Drug dealer who stabbed teen to death over stolen scooter is found guilty of murder
Zara Tindall played 'mediator in convincing Autumn Phillips to stay in UK after divorce from Peter'
Britons are left confused by government's list of key workers