The coal industry knew about and the dangers of burning fossil fuels as far back as 1966, according to an explosive journal uncovered for the first time.

A shocking entry in industry publication Mining Congress Journal from that year suggests those working in the field were aware the process could see ‘the temperature of the earth’s atmosphere will increase and that vast changes in the climates of the earth will result’.

Written by the then president of the now defunct Bituminous Coal Research Inc., James R. Garvey, it goes on: ‘Such changes in temperature will cause melting of the polar icecaps, which, in turn, would result in the inundation of many coastal cities, including New York and .’

The piece was uncovered by university of Tennessee professor Chris Cherry, who told  the words left him ‘floored’.

‘It pretty well described a version of what we know today as climate change’, Cherry sais, adding: ‘Increases in average air temperatures, melting of polar ice caps, rising of sea levels. It’s all in there.’

Its discovery is thought to be the first piece of evidence to suggest the coal industry was aware of the ramifications of its work more than 50 years ago. 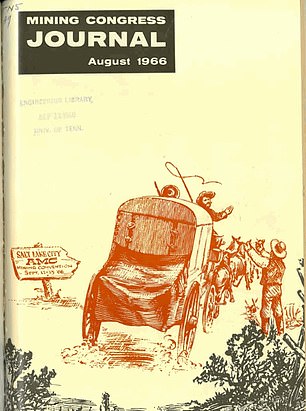 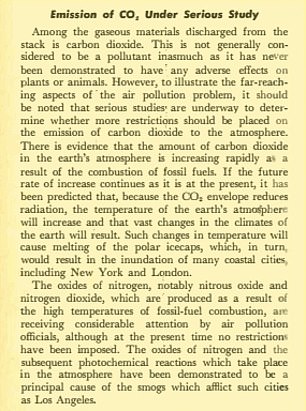 The 1966 entry was uncovered in industry publication Mining Congress Journal, left. It suggests those working with coal were aware of ‘vast changes in the climates’, right 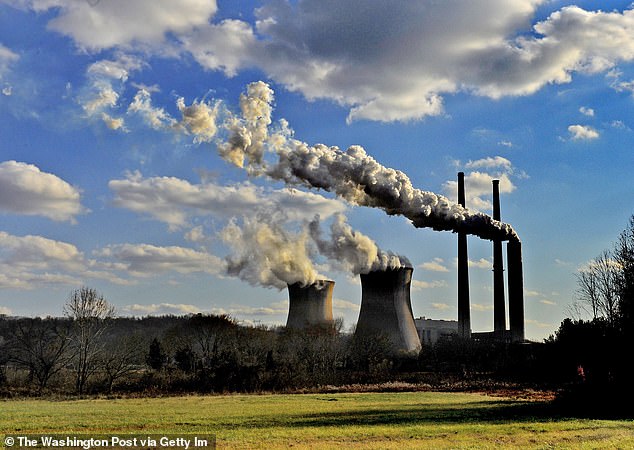 The piece was uncovered by university of Tennessee professor Chris Cherry. Its discovery is thought to be the first piece of evidence to suggest the coal industry was aware of the ramifications of its work more than 50 years ago

That could see mining companies similar face litigation to the oil industry after the revelation of #ExxonKnew.

Even as recently as four years ago coal company Peabody Energy argued that carbon dioxide was a ‘benign gas essential for all life’.

The energy giant, which is the largest private-sector coal business in the world, wrote to the White House in 2015, telling them: ‘While the benefits of carbon dioxide are proven, the alleged risks of climate change are contrary to observed data, are based on admitted speculation, and lack adequate scientific basis.’

Former Peabody executive Fred Palmer said in 1997: ‘Every time you turn your car on and you burn fossil fuels and you put CO2 into the air, you’re doing the work of the Lord. That’s the ecological system we live in.’

The company, which filed for bankruptcy protection in 2016, now acknowledge climate change. DailyMail.com has contacted Peabody Energy for comment.

They told the Huffington Post: ‘Peabody recognizes that climate change is occurring and that human activity, including the use of fossil fuels, contributes to greenhouse gas emissions.’

But they add: ‘We also recognize that coal is essential to affordable, reliable energy and will continue to play a significant role in the global energy mix for the foreseeable future. 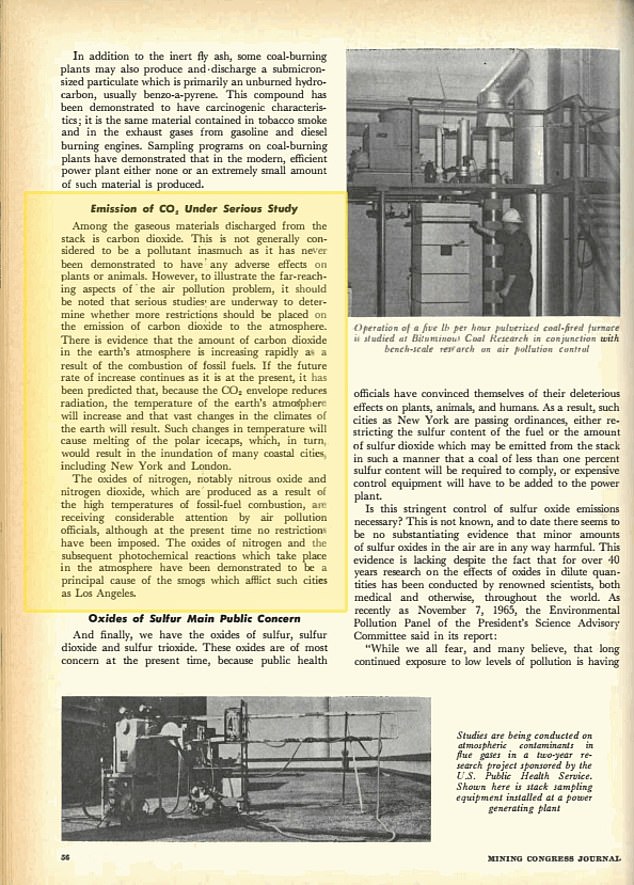 The piece, highlighted in yellow, suggests those working with coal were aware of ‘vast changes in the climates’ and warned such changes ‘will cause melting of the polar icecaps’ and ‘would result in the inundation of many coastal cities, including New York and London’

Former US secretary of state Rex Tillerson was forced to deny in court last month that oil and gas giant ExxonMobil had downplayed the financial costs of mitigating climate change to mislead investors.

Tillerson, a former chief executive of ExxonMobil, gave evidence in an unprecedented lawsuit against the American multinational that is being closely watched by energy companies and environmental activists.

Massachusetts state is pursing similar litigation against the company. Experts expect to see further lawsuits against ExxonMobil and other energy companies over their activities related to the environment.

Kert Davies, founder and director of the Climate Investigations Center, said: ‘The coal mining industry — the utilities that were burning it for electricity, along with the railroads who were hauling it — and manufacturing industries like steel were the first corporate forces to become climate deniers and try to block action on climate policy.

‘They fought the hardest because they had the biggest existential threat.’

Karlie Kloss and fiance Joshua Kushner treat themselves to something sweet in New York City
Maria Menounos describes devastating brain tumor diagnosis as mother was also battling cancer
Man, 25, charged with murder after he 'raped his 8-month-old daughter then led cops to her body'
America expelled two Chinese diplomats suspected of spying after they trespassed on a military base
Rodeo Drive is a ghost town after designer stores strip shelves out of looting fears
US military general says coronavirus outbreak was likely natural but admits 'we can't be certain'
Man shot dead during BLM protests is seen on video taunting armed men and saying 'Shoot me, n*****'
Joe Biden calls for 'gun control' 24 hours after two LA County sheriffs were critically wounded