The police officer at the centre of the Whaley Bridge evacuation left Twitter over sexist and homophobic abuse about her hairstyle.

Rachel Swann was the public face of a huge police operation to evacuate 1,500 residents at risk of drowning as a dam threatened to burst.

But while the families of Whaley Bridge were thanking the emergency services for saving their Peak District town, TV viewers were mocking Miss Swann’s spiked, dyed hairstyle on social media. 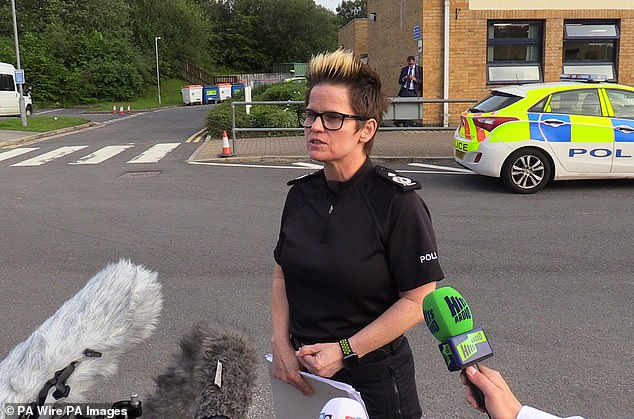 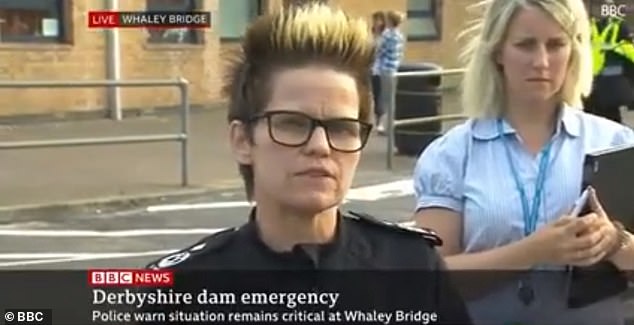 As a result of the cruel comments directed at her, the Derbyshire deputy chief constable took a break from Twitter.

Three months on from being thrust into the public eye as a catastrophic flood disaster was averted, she has now hit out at the ‘sexist and homophobic’ abuse – and revealed the messages had been categorised as a ‘hate incident’.

Miss Swann said the bullying began after she spoke at a press conference as engineers and RAF crews battled to shore up Toddbrook dam, weakened by days of rain.

One comment said: ‘Is that what a senior police officer looks likely [sic] these days??’ Ex-police officer Jo Bethel said Miss Swann ‘should look more professional rather than model herself on Jedward’ – a reference to the 2009 X Factor contestants. 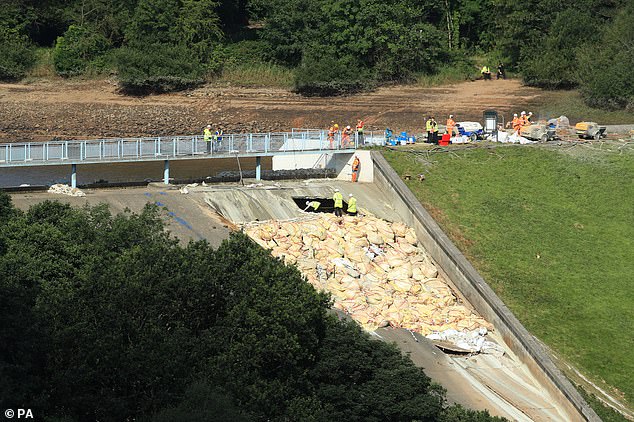 Pictured: Workers shore up the Toddbrook Reservoir dam near the village of Whaley Bridge with sandbag reinforcements 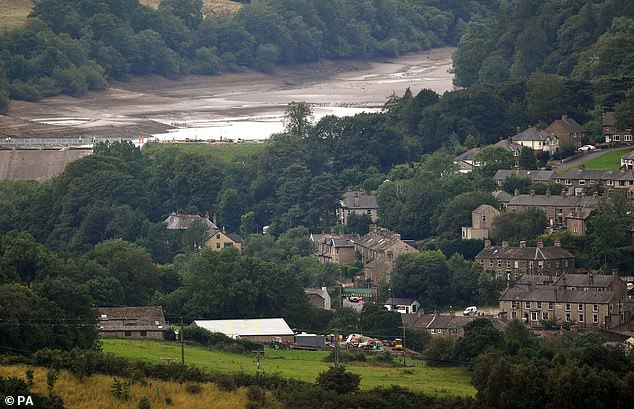 While Richard Stanley posted: ‘How on Earth are we to take a senior officer seriously if her hair resembles that of either a cockatoo or a loo brush?’

Speaking about the abuse for the first time, she told BBC Radio Derby: ‘I can take a bit of banter but it became sexist and homophobic, and really insulting.

‘The bit that really hurt was people saying I had no standards and I was letting policing down.’

She added: ‘Yes, I am a woman. Yes, I might have a slightly different hairstyle. Yes, I am quite small. I could not believe that my mere existence could cause such a depth of feeling.

‘Some comments were misogynistic and homophobic and the abuse has been recorded as a hate incident, just as for the public.’

At the time, supporters jumped to her defence, with Derbyshire County Council leader Barry Lewis retorting: ‘She saved a valley….that’s what’s important.’

Saying he was ‘proud’ of his deputy, Chief Constable Peter Goodman said: ‘She is an exemplary officer. Her appearance and hairstyle are perfectly acceptable.’

Miss Swann took a break from Twitter, but is now back. She joined Leicestershire police in 1994 and is now the National Police Chiefs Council lead on fingerprints and frontline digital mobility.

While she has not discussed her personal life she says her TV appearances show growing diversity in the police. ‘In a funny way I made my stand without meaning to,’ she said.

College of Policing guidelines states that public-facing staff should ensure their hair is ‘tidy’ and not be dyed in ‘conspicuously unnatural colours’. Mr Goodman abandoned that policy after taking over, saying ‘times change’.