A New Jersey woman faces ten years in prison for texting while driving which caused the death of a female pedestrian.

Monsonet was texting and driving on the morning of September 28, 2016 when her Mercedes-Benz crashed into a Toyota Corolla. 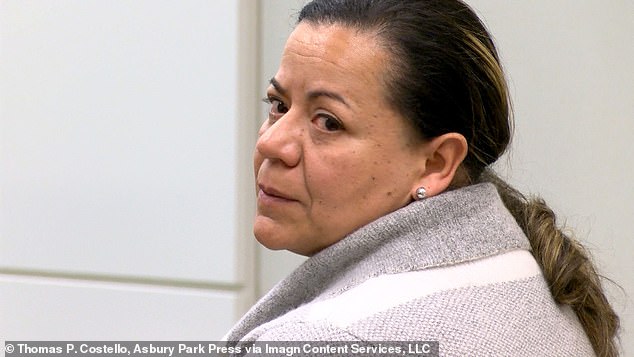 Alexandra Mansonet, 50,(pictured), was convicted of second degree vehicular homicide for causing the death of pedestrian Yuwen Wang in 2016 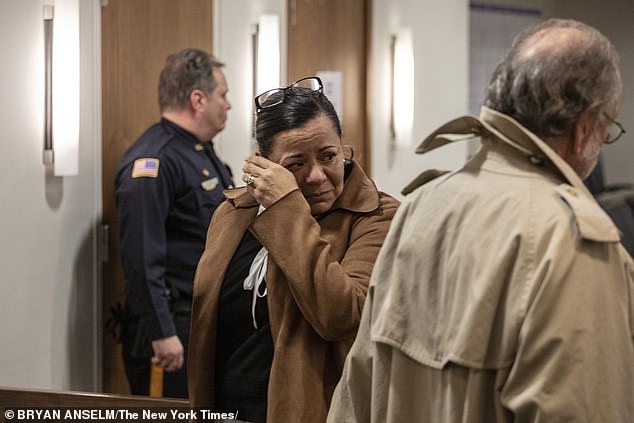 Mansonet was texting and driving when her vehicle struck a Toyota Corolla. She never activated her breaks and the Corolla struck Yuwen Wang

The car then struck 39-year-old pedestrian Yuwen Wang in Hazlet and killed her, according to the prosecutor.

Prosecutor Gramiccioni said in a : ‘This is a tragedy in every respect. Texting while driving puts drivers and pedestrians in grave danger and we are hopeful that the jury’s verdict will reinforce the public’s awareness of this risk.

‘Even taking your eyes off the road for mere seconds is not worth the risk of the serious bodily injury or death that can result from texting while driving.’

The crash involved a 2000 Mercedes Benz, operated by Mansonet and a 2011 Toyota Corolla, operated by Robert Matich.

Matich’s car was turning south on Laurel Avenue approaching the intersection with Sixth Street when he observed pedestrians looking to cross Laurel Avenue at the marked crosswalk.

Matich slowed his vehicle a significant distance prior to the intersection to allow the pedestrians to cross.

Mansonet’s vehicle then collided with the rear of his vehicle, which was propelled forward, striking the victim.

Monmouth County Serious Collision Analysis Response Team and Hazlet Township Police Department determined Mansonet was using her cellphone while driving and made no observations of the Toyota Corolla. 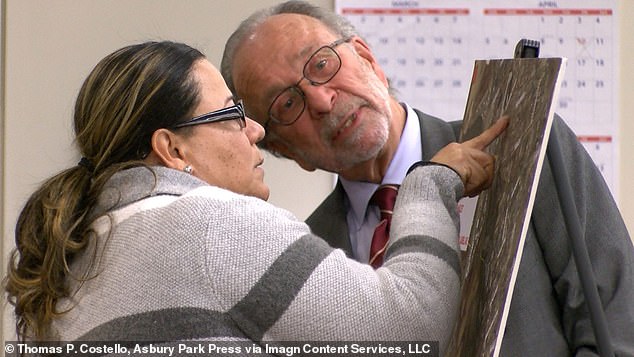 The case is believed to be the first since the state legislature introduced a law in 2012, stating that use of a handheld phone while ‘driving is a reckless act that can form the basis for a vehicular homicide prosecution’ 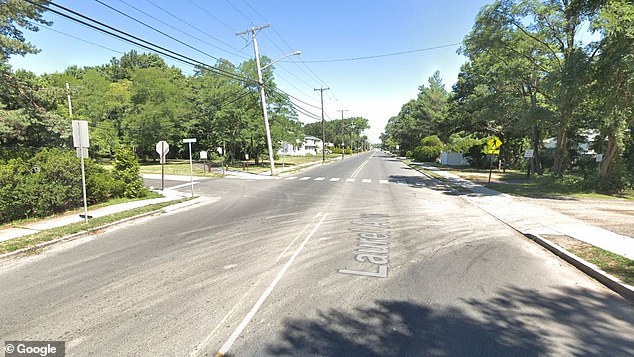 The collision occurred at approximately 8:20 a.m. on Sept. 28, 2016 at the intersection of Laurel Avenue and Sixth Street in Hazlet, New Jersey

Mansonet never activated her brakes and collided with the vehicle, causing it to move forward and strike the victim.

Wang was taken to a hospital in New Brunswick, where she died on October 3, 2016.

Investigators claimed that before the crash, Mansonet got a text message from her sister-in-law asking her what kind of food she wanted for dinner.

‘Cuban, American or Mexican. Pick one,’ the text read.

The response on her phone was ‘ME,’ which prosecutors said was the beginning of her typing out a longer answer.

Wang was on a break from her job as a scientist at a New Jersey fragrance manufacturer at the time of the incident.

Her and her husband Steven Qiu, who were trying for a baby,  had celebrated their sixth wedding anniversary the night before the crash.

Wang’s widower, Steven Qiu, spoke in court after the verdict was delivered, the reportedly. He said: ‘Absolutely, it brings a lot of comfort to me and my family.’

Superior Court Judge Daviid F. Bauman scheduled her sentencing for January 31. Until that time she will remain free.

‘It’s going to be very difficult for her to deal with the fact that at sentencing, she could possibly be incarcerated for something we are all guilty of on a daily basis,’ attorney, Steven D. Altman, said in relation to driving and texting.

The case is believed to be the first since the state legislature introduced a law in 2012, stating that use of a handheld phone while ‘driving is a reckless act that can form the basis for a vehicular homicide prosecution.’

Instagram account reveals how Victoria's Secret models edit their catwalk images
Ex-boyfriend is 'person of interest' in case of mother-of-two, 27, who vanished on Valentine's Day
Wendy Williams spotted WITHOUT her wedding ring on just hours after her show announced a hiatus
Man is arrested after posting a video of himself driving at 180 miles per hour on YouTube
Transgender model Nathan Westling poses with Vogue bigwigs
Utah man who 'murdered five-year-old niece' appears in court as family prepares to lay body to rest
Kate and Wills' £23 afternoon tea for two at a Cumbrian hotel
Shocking survey shows nearly 30 percent of delivery workers have taken a bite out of your food