He’s the model-turned-businessman who’s just opened his very own gym in Melbourne’s South Yarra, with more fitness centres to follow.

And on Sunday, Kris Smith looked very much the doting father when he shared an adorable picture on his almost-one-year-old daughter Mila, who he shares with girlfriend Sarah Boulazeris.

Taking to Instagram, the 41-year-old is seen holding little Mila’s hand in what appears to be a sports apparel store. 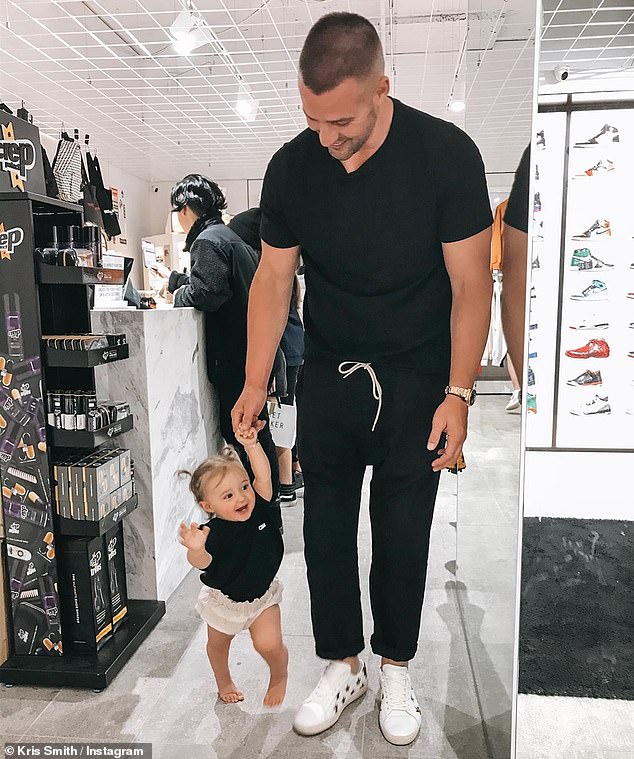 ‘It just gets better and better’: On Sunday, Kris Smith (pictured) shared an adorable pic of his daughter Mila, who he share with girlfriend Sarah Boulazeris

The hulking model cut a casual figure in a black T-shirt, black drawstring track-pants and a white box-fresh pair of trainers, as he towered over the toddler.

Kris captioned the pic: ‘It just gets better and better’ along with a love heart emoji.

Kris is expecting his second child with Sarah in December, with the new arrival only weeks away. 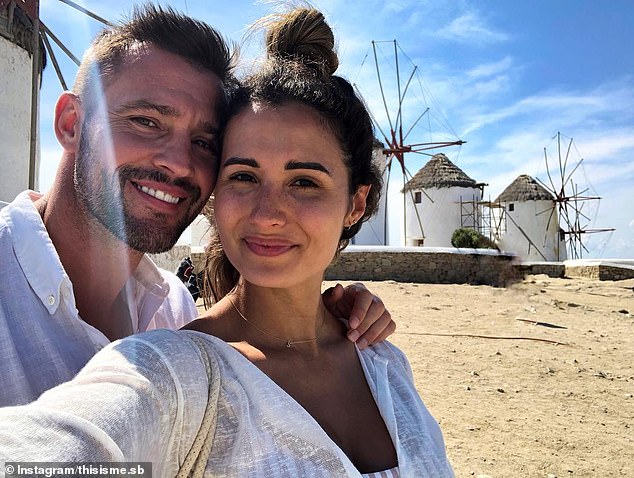 All systems go! Kris is expecting his second child with Sarah (pictured) in December

In June, the model shared a video of the ultrasound footage and revealed the due date, captioning the post: ’19/12/19′.

The handsome Myer model began dating Sarah in 2017 and the pair became proud parents in December 2018.

The couple recently celebrated their two-year anniversary, with Kris gifting Sarah a bouquet of flowers. 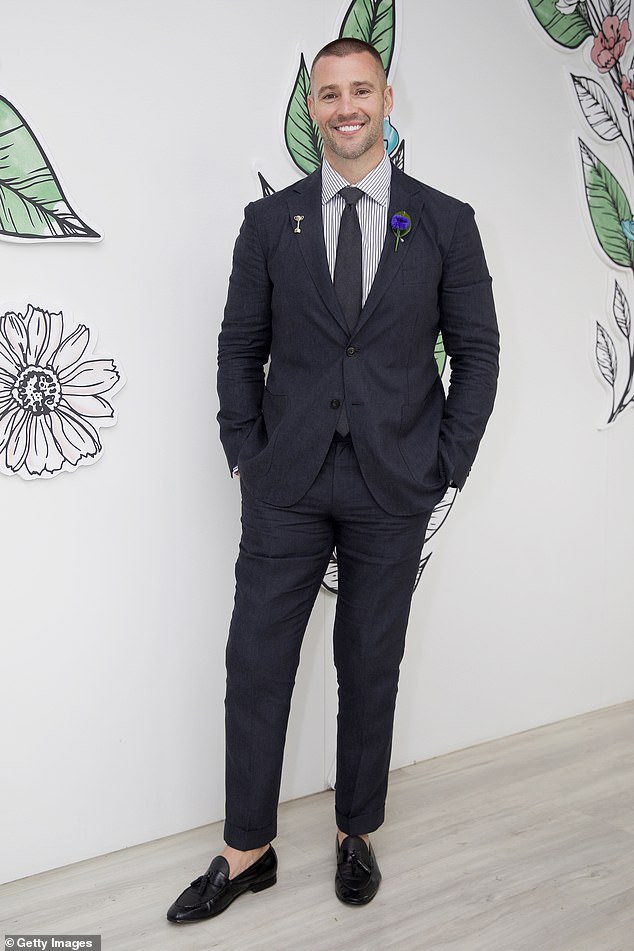 So dapper: In June, the model shared a video of the ultrasound footage and revealed the due date, captioning the post: ’19/12/19′ 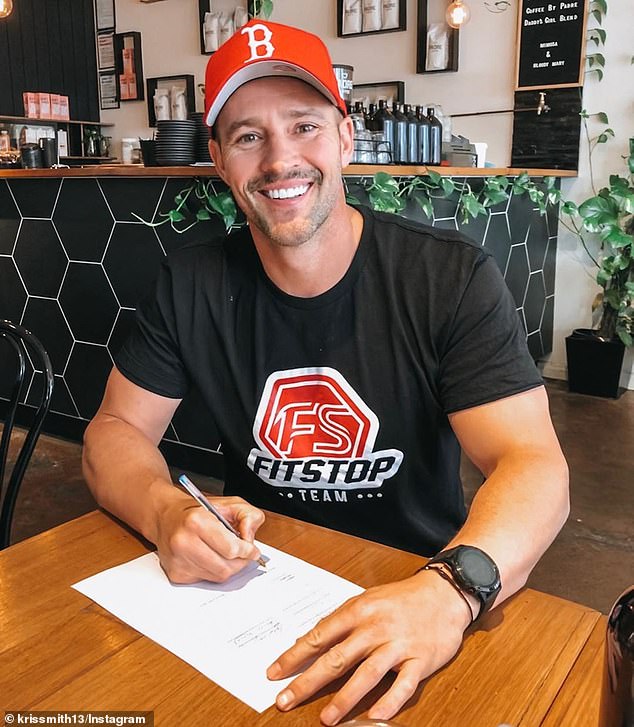 ‘We bought a gym!’ Earlier this month Kris revealed he purchased several fitness centres in Melbourne

Kris captioned the video: ‘Oh these brownie points will be enjoyable… good memory baby!’ along with the hashtags: #anniversary #sheforgot and #ididnt.

The couple began dating in August. Dannii, now 48, announced their separation on Twitter in April 2012. 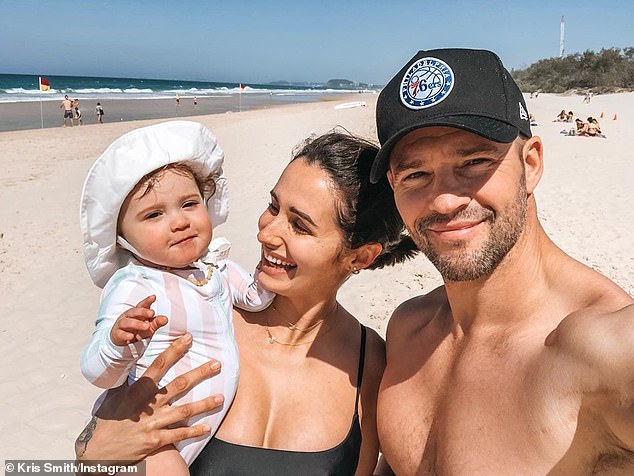 Family: Kris and Sarah began dating in 2017 and became proud parents to Mila (pictured) in December 2018