A Jeffrey Epstein victim has claimed that he raped her before bragging about his relationship with Prince Andrew, it has emerged, as a former lap-dancer also alleges that the Duke blew a raspberry on her breasts at one of the paedophile’s party.

Chauntae Davies, now 40, who worked as Epstein’s masseuse and as an air hostess on his private plane, said the billionaire adorned his mansions with pictures of the eighth in line to the throne and his former wife Sarah Ferguson.

She fell into the paedophile’s path when she was a 21-year-old trainee massage therapist in Los Angeles and treated Ghislaine Maxwell at Beverly Hills’ Four Seasons Hotel.

Ms Davies alleged to that she was raped by the billionaire on his private island. 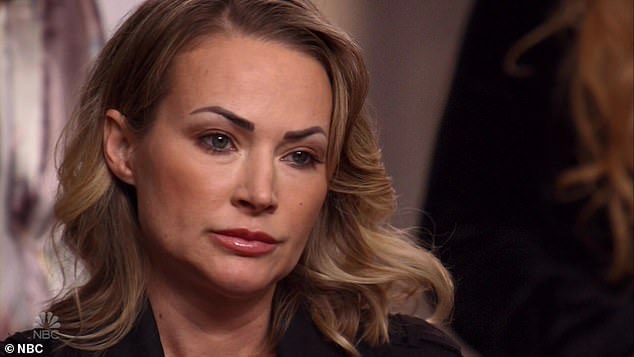 Chauntae Davies, now 40 and who worked as Jeffrey Epstein’s masseuse and air hostess, said that he once raped her before bragging about his friendship with Prince Andrew. She is pictured on Dateline NBC in September this year 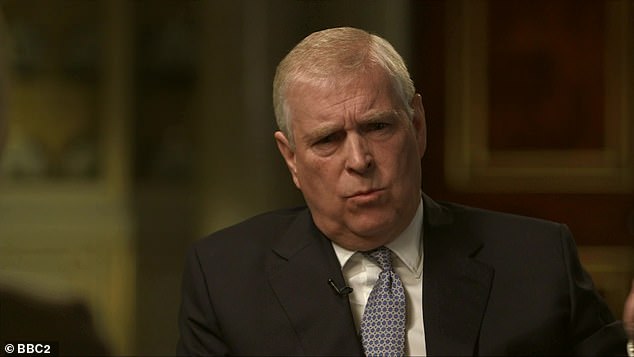 She also said that the paedophile’s homes were adorned with pictures of the Duke of York and his ex-wife Sarah Ferguson. (Pictured: Duke of York in Buckingham Palace during disastrous BBC Newsnight interview)

‘I was very aware of Jeffrey Epstein’s friendship with Prince Andrew and Fergie right away’, she said.

‘It was one of several bragging tactics he used to further induce his power and privilege. He bragged a lot. He bragged about how he’d lent money to the Duchess.’

She also called on the Prince, who has been forced to retire from public duties after a car-crash BBC interview, to speak to the FBI.

‘There is no way you could have been a friend of Jeffrey’s and not know what was going on’, she said.

‘I don’t see how you could see somebody with another young girl all the time and there never being a conversation about it. It doesn’t add up.’ 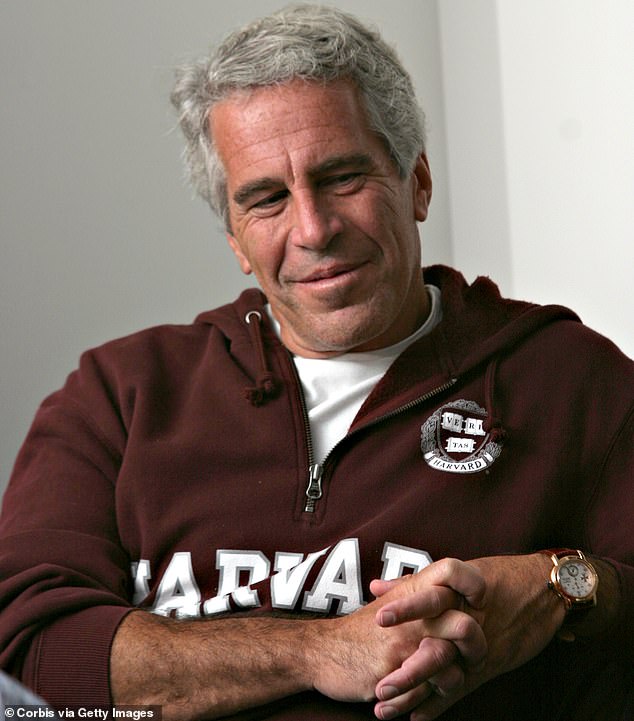 Ms Davies has previously alleged that the billionaire raped her either the third or fourth time that she was flown to his private Caribbean island. (Pictured: Epstein in Cambridge) 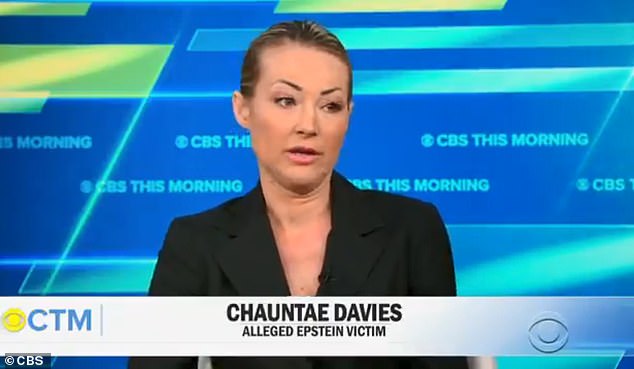 Ms Davies has previously stated that she was raped by the billionaire the third or fourth time they met on Caribbean island Little St. James.

Prince Andrew has always denied any allegations of wrongdoing during his friendship with Epstein.

Ms Davies also described how she spent two weeks ‘vomiting myself to death’ in a hospital after the alleged attack.

‘He took me by the wrist. I was searching for words but all I could say was please stop, but that only seemed to excite him more,’ she told a New York courtroom the first time that she spoke publicly about the event.

‘It took me a long time to come forward. Every public humiliation that I endured, I have suffered, and he has won.’

It came as a former Epstein employee, who has testified against him under the name ‘Tiffany Doe’, alleged the Prince had motor-boated her and that at the paedophile’s parties girls were selected specifically to appease the Duke. 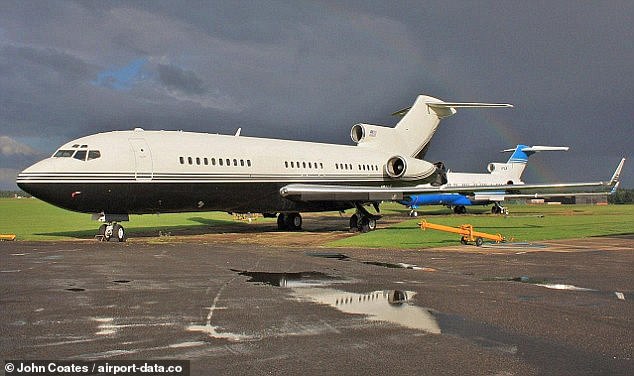 Prince Andrew is registered as a passenger on the Lolita Express, pictured, in August 2001

‘The Duke seemed in good spirits and was out to enjoy himself’, she told

‘I always thought, Andrew liked my breasts. When he started to say hello he looked at them first rather than me.

‘After Andrew motor-boated me he tried to remember what it was meant to be called. He didn’t quite know the term ‘motorboat’. He said, ‘motor… something?’

‘He was trying to come off cool, but he didn’t know the words. I found him quite awkward, quite clumsy. He said I should be in a magazine for big-breasted women. It was a normal thing to happen at those parties.’

She also alleged that the girls had to be specially selected for Andrew to be curvy, and that she saw the Prince at parties a ‘couple of times a year’.

‘I would flirt with him and he would hit on me and was handsy. He would stand in close proximity, looking at my breasts’, she said.