ensured yet another highlight-reel knockout victory to see off Luis Ortiz and set up a blockbuster year of heavyweight boxing.

The Bronze Bomber went up against Ortiz for the second time after defeating the Cuban in an entertaining bout in May 2018, in which the 40-year-old had caused the WBC champion plenty of problems.

And it looked as though Wilder was struggling with Ortiz once again in Las Vegas. A strong argument could have been made to give the challenger all six rounds as Ortiz caused Wilder all sorts of problems with his awkward southpaw stance. 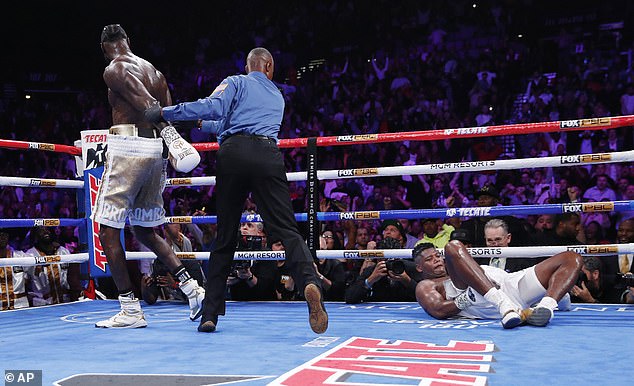 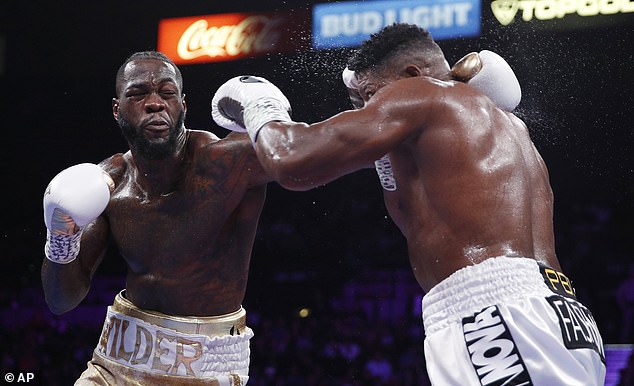 However as ever with the Bronze Bomber, that all-important right hand came to the fore and earned the champion another victory.

In the seventh round, Wilder landed a clean one-two combination that felled 40-year-old Ortiz, who was unable to make the count as the referee waved off the contest.

Speaking in the ring after the contest, Wilder said how difficult a challenge Ortiz posed.

‘You can see why no other heavyweight wants to fight him (Ortiz),’ he said. ‘He is very crafty in the ring and so I had to play around with him and calculate certain moves and measure him specifically. 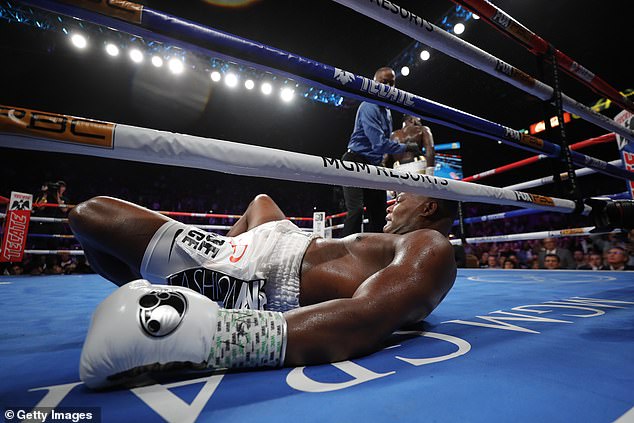 As ever with Wilder, he only needs one shot and he landed it in the seventh to end the contest 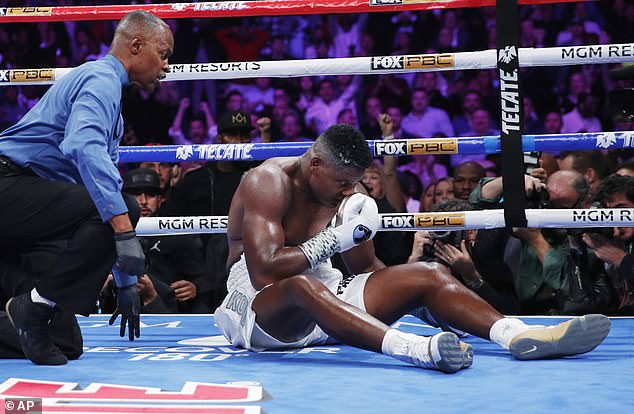 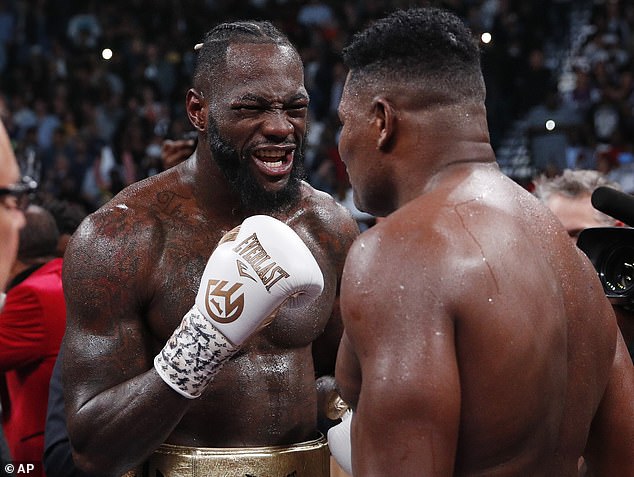 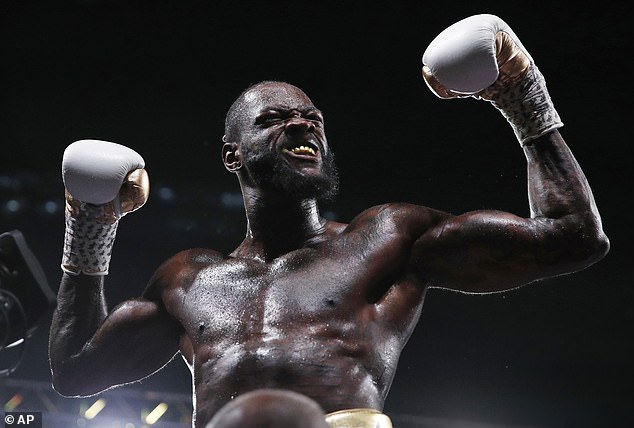 Wilder has now set his sights on a blockbuster 2020 with a Tyson Fury rematch in February to kick things off before facing off against the winner of Anthony Joshua vs. Andy Ruiz Jr

‘Some say i can’t fight on my back feet but that’s my specialty. My intellect is very high in the ring. I had to throw the right hand a couple times and I finally had my measurement and took my shot and got him.

‘Ortiz is one of the best in the world that’s why i gave him a second opportunity so he could feed his family.’

Wilder now sets his sights on a rematch with Tyson Fury, with whom he drew in December last year. The rematch is scheduled for February 22, 2020.

‘Next of course we have Tyson Fury the rematch. It’s set for February then after that I want a unification bout. One face. One name. And that name is Deontay Wilder.’