A British actor reveals his grandfather could never forgive the Japanese after being being held at a prisoner of war camp for nearly four years during the Second World War in a moving Channel 4 documentary.

Mr Rylance, 59, says his travels to the Japanese capital has widened the gap between him and his grandfather Osmond Skinner. 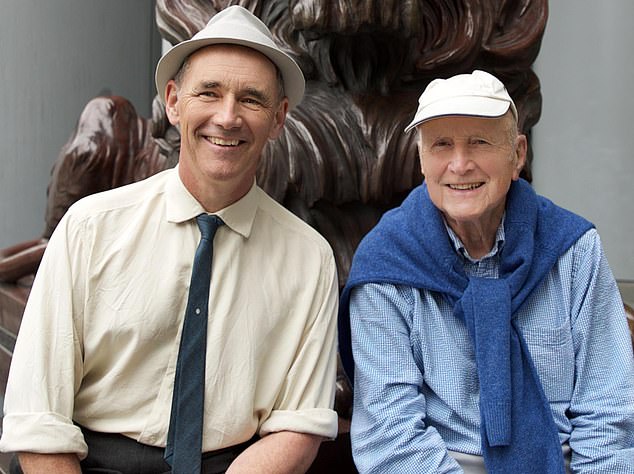 Actor Mark Rylance (pictured left, outside an HSBC bank in Hong Kong) reveals his grandfather Osmond Skinner (pictured right) could never forgive the Japanese after witnessing atrocities while being held at a prisoner of war camp for nearly four years during the Second World War

He told the  how he wanted to understand Osmond’s reluctance to talk about the war and his prejudices.

His grandfather, who had previously served in the Royal Air Force, was working for Hong Kong bank when the war broke out.

He signed up to a volunteer regiment at 42 to defend British-controlled territory against the Japanese.

Winston Churchill wrote to Hong Kong’s governor: ‘There must be no thought of surrender. We expect you to resist to the end. The honour of the Empire is in your hands.’ 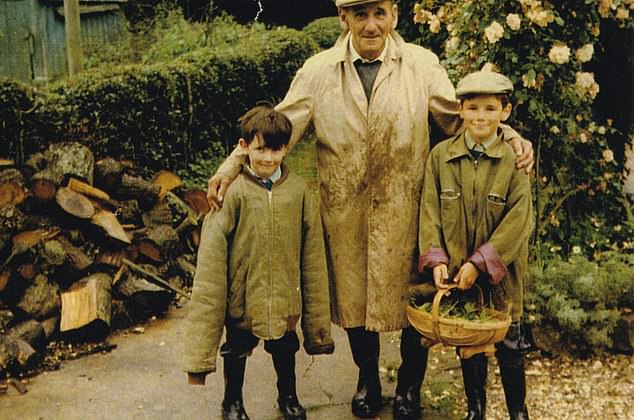 Osmond (pictured with Mark, right, and other grandson, Jonathan, left) served in the Royal Air Force before working for a Hong Kong bank when the war broke out. He then signed up to a volunteer regiment at 42 to defend British-controlled territory against the Japanese

Osmond signed up out of a ‘sense of duty to the people of Hong Kong or to Empire’, according to Mr Rylance, who then revealed his grandfather was shot on Christmas Day near Stanley and spent nearly four years at a prisoner of war camp.

With help from a Japanese historian, he unearths how his grandfather took part in amateur productions at the POW camp including Shakespeare’s Twelfth Night, similarly to Mr Rylance lead role in the Globe’s play in 2012.

Reflecting on their relationship, the Dunkirk star said his grandfather returned to working as a banker after the war but would become ‘very quiet and look distressed’ when he expressed a strong interest in Japanese culture. 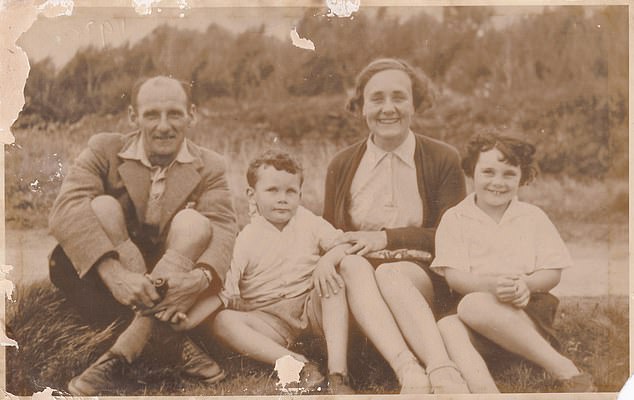 Osmond (pictured with his wife Hazel, daughter Anne and son Richard) returned to working as a banker after the Second World War, bearing scars from a battle wound, and told his grandson he felt an ‘absolute failure’ because he could not forgive the Japanese 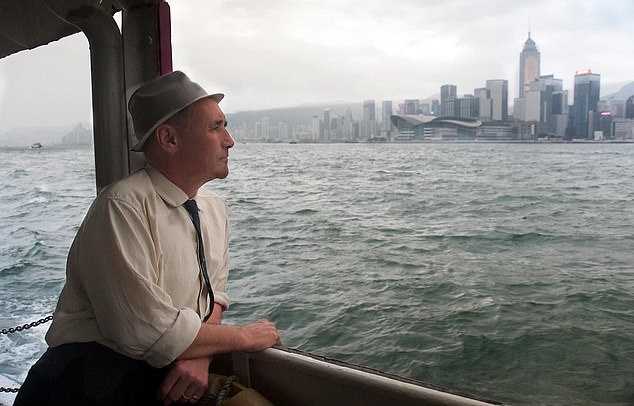 Mr Rylance travels to Hong Kong in the four-part series My Grandfather’s War airing on Channel 4, on Wednesday. He says he wishes he could have spoken to Osmond about what happened and they would ‘share a faith that there is a goodness in people’

The grandfather would then say: ‘I am sorry about this, old chap. I feel an absolute failure because I can’t forgive them.’

He was left scarred from witnessing atrocities on Christmas Day at the camp but felt ‘lucky’ that he was not sent to Burma Road due to his older age and short height.

And now Mr Rylance wishes they could talk about what happened.

The Oscar-winner said: ‘I don’t think we’d agree with everything I say, but I think he would be interested.

‘We would share a faith, I think, that there is a goodness in people.’

He described him as a ‘very just man’ who had ‘been through something terrible’.