It was set to be a flagship release from Apple and was scheduled to be the closing-night film of the AFI Fest in LA Thursday night.

But on Wednesday, Apple decided to cancel the planned screening of The Banker starring Anthony Mackie, Samuel L. Jackson and Nicholas Hoult due to ‘concerns’ about the movie which is based on a true story.

According to , those concerns are claims that the son of the film’s protagonist, who had been credited as a producer on the film, has been accused of sexually molesting his younger half-sisters in the 1970s. 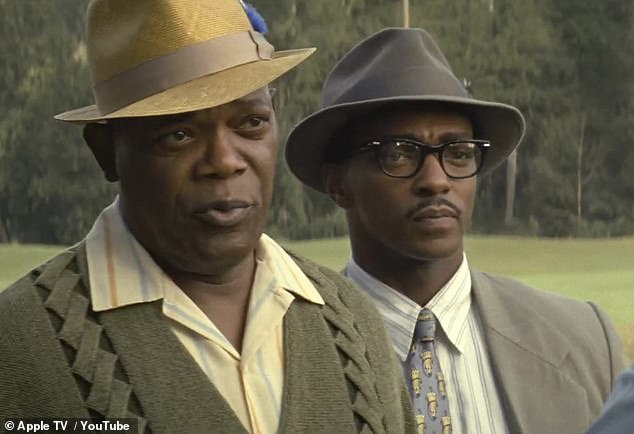 The Banker starring Samuel L.Jackson and Anthony  Mackie was to premiere at AFI Fest in LA Thursday night but Apple canceled the screening citing ‘concerns’ about the movie

In The Banker, Anthony Mackie stars as Bernard Garrett, a black man who built a banking business in  the 1950s and 60s after using a white man (Hoult) to be the face of his  company.

In 1968, Garrett and Morris were convicted of misusing bank funds and sentenced to prison.

In Wednesday night’s article, THR.com reported that Cynthia Garrett, one of two daughters Bernard had with his second wife, had recently contacted Apple about the abuse allegations.

She and her sister Sheila said their father was unaware of the abuse at the time it took place and that it started after their father got out of prison and invited his son from his first marriage to live with them. 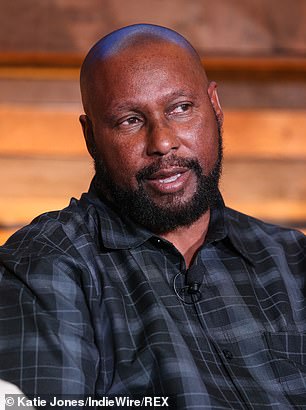 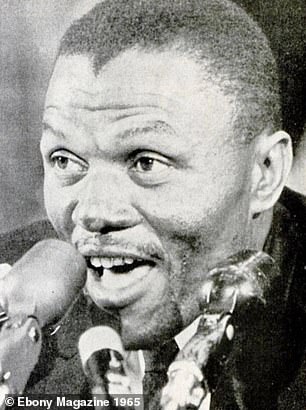 According to THR,com, those concerns are claims that Bernard Garrett Jr., left, the son of the film’s protagonist, right, is accused of sexually molesting his younger half-sisters in the 1970s 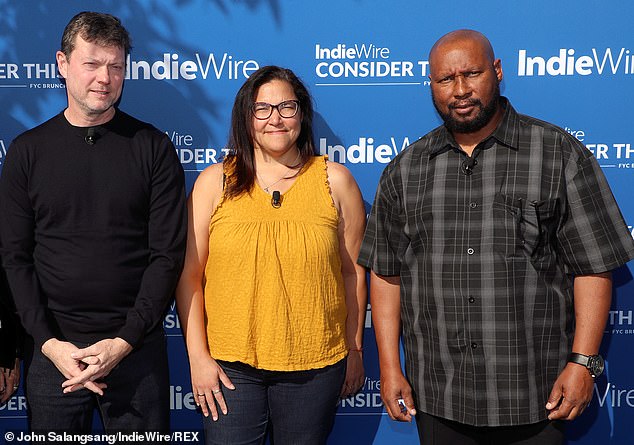 Bernard Jr. took part in an industry event with The Banker’s director George Nolfi and co-writer Niceole R. Levy on November 5 (pictured) but has since been removed from publicity materials for the movie and his further appearances on behalf of the movie have been canceled

The girls say the abuse began in the early 1970s without their father’s knowledge, shortly after Garrett Sr. returned home from prison and the family lived in Glendora, California. His son by Eunice Garrett was invited to live in their home.

In a statement, Apple did not address the reports, saying only: ‘Last week some concerns surrounding the film were brought to our attention. We, along with the filmmakers, need some time to look into these matters and determine the best next steps. In light of this, we are no longer premiering The Banker at AFI Fest.’

Bernard Jr. took part in an industry event with The Banker’s director George Nolfi and co-writer Niceole R. Levy on November 5 but has since been removed from publicity materials for the movie and his further appearances on behalf of the movie have been canceled.

An attorney for production company Romulus Entertainment told The Hollywood Reporter that Garrett Jr. stepped down as a producer recently to avoid taking attention away from his father’s story. 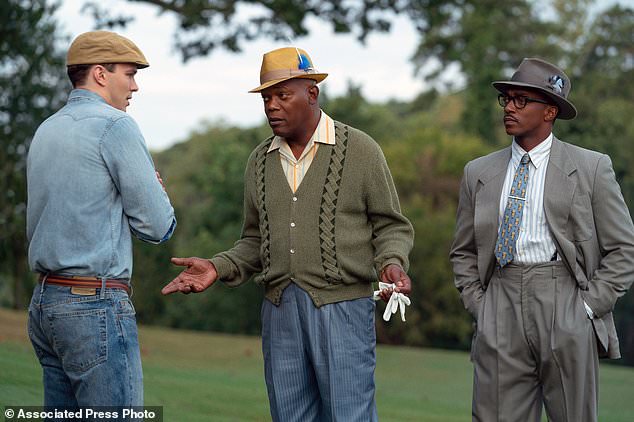 In The Banker, Mackie stars as Bernard Garrett, a black man who built a banking empire in pre-Civil Rights era of the 50s and 60s with help from business partner Joseph Morris (Jackson) 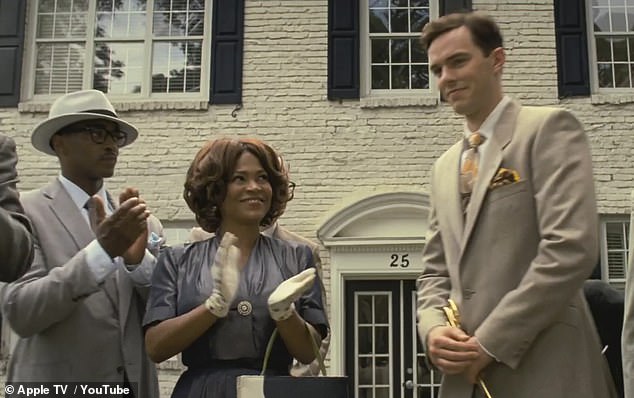 Garrett and Morris persuaded a white man, played by Nicholas Hoult, to be the face of their company. Apple purchased the film earlier this year and had plans for a theatrical release on December 6 as well as making it available via the Apple TV Plus streaming platform 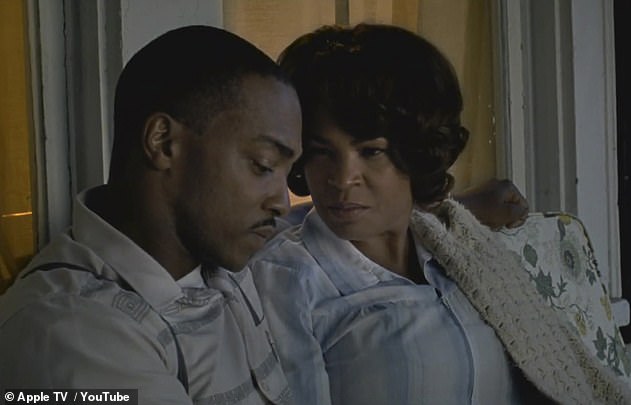 Garrett’s second wife and children are not featured in the movie which focuses instead on his relationship with his first wife Eunice, portrayed on screen by Nia Long

Cynthia and Sheila and their mother Linda are not portrayed in The Banker which focuses instead on his relationship with his first wife Eunice, portrayed on screen by Nia Long. It’s something that the sisters also take exception with saying that some of the events in the movie took place following their father’s divorce.

Apple purchased the drama earlier this year and plan to release it in theatres on December 6.

It is then scheduled to be available via the Apple TV Plus streaming platform.

According to , Apple had been considering running an Oscar campaign for  The Banker.

AFI has said it would replace Apple’s The Banker with a screening of Noah Baumbach’s Netflix release Marriage Story as its closing-night film.

The Newest: Turkey says disaster eases; Erdogan to name...
Little Mix's Perrie Edwards sizzles in a semi-sheer lace basque
Ann Widdecombe will return to Strictly Come Dancing for Christmas Day special
Reading from a wall chart could soon become a thing of the past!
Insane' killer is allowed out of his high-security psychiatric hospital for a shopping trip
Change UK writes to BBC over pulling Having I Got News For You
Girl, six, is injected with a used needle hidden between two bus seats
Sajid Javid says he is NOT planning to change house buying rules