Her flexibility has come on leaps and bounds after she fell in love with martial arts when she filmed X-Men back in 2015.

And Olivia Munn defied gravity as she performed an impressive handstand by the pool in a sizzling Instagram snap on Tuesday.

The actress, 39, put on a cheeky display as she showed off her perfectly-pointed long legs in tiny blue striped shorts. 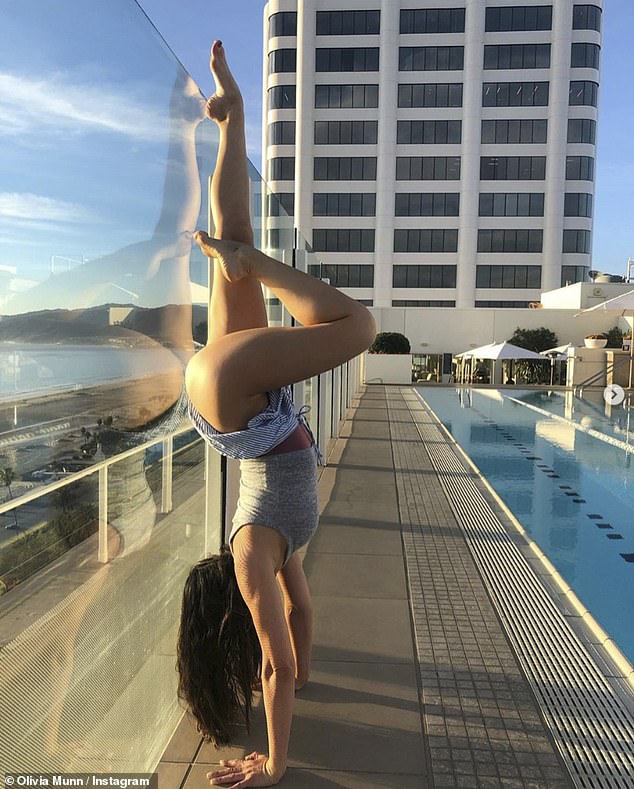 Wow: Olivia Munn defied gravity as she performed an impressive handstand by the pool in a sizzling Instagram snap on Tuesday

Teasing a hint of her abs in a grey crop top, Olivia showed off core strength as she balanced herself against a glass wall which overlooked the sea.

In another photo, The Predator star was joined by her stuntwoman pal Karine Lemieux, who taught her the yoga pose.

Olivia looked incredible in a plunging purple bikini while Karina slipped into a black bikini for their impromptu yoga session by the pool. 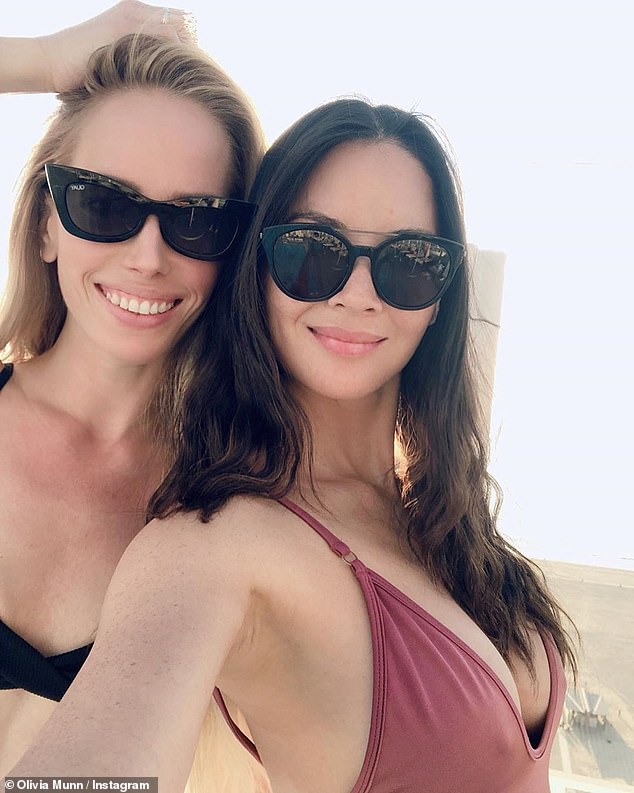 Fun: In another photo, the star was joined by her stuntwoman pal Karine Lemieux. Olivia looked incredible in a plunging purple bikini while Karina slipped into a black bikini

She captioned the slew of snaps: ‘Whether it’s doing martial arts together or yoga or just handstands by the pool, it’s always a good time w @karine_lmx’.

Olivia developed a love of martial arts while filming X-Men.

The actress had to train in Taekwondo and follow a strict diet which consisted of 80 per cent raw foods, limited complex carbs and meat.

Olivia recently spoke about how she maintains her figure through the sport in  ‘When you do martial arts, it makes you feel like you’re physically capable of anything,’ she said.

‘And the great side effect is that when you’re in your best shape, you actually will look your best too. 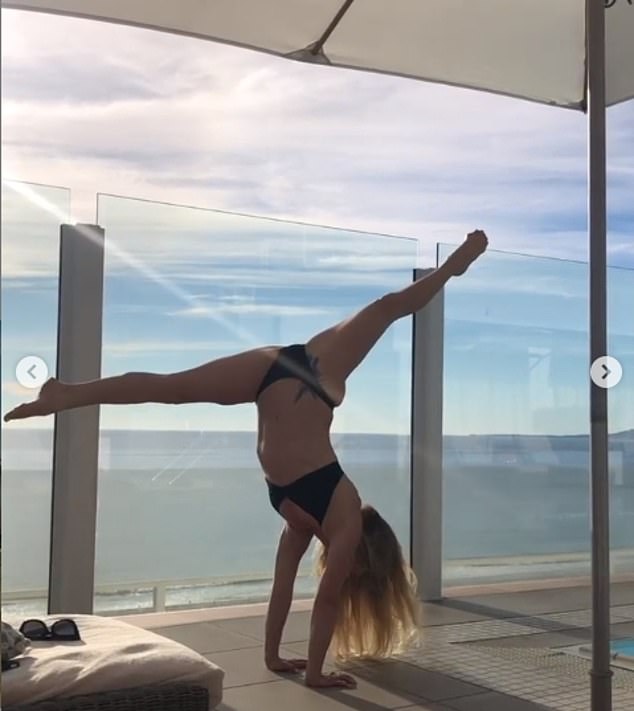 Flexibile: Olivia also shared a photo of Karine doing a split handstand as they soaked up the sun by the beach

‘As much as I care about looking and feeling my best, it’s not enough of a motivation for me, I need a goal of accomplishing something.’

Earlier this month, Olivia made a rare appearance with boyfriend Tucker Roberts, 28, as he accompanied her to Love Leo Rescue’s second annual Cocktails For A Cause charity fundraiser at Rolling Greens in Los Angeles.

The couple went public with their relationship in December 2018, but have only attended a handful of events together over the past year.

Tucker is Olivia’s first serious relationship since she split from NFL player Aaron Rodgers, 35, in 2017 after three years together.

Olivia previously said she doesn’t know if she’ll ever want to get married and have children. 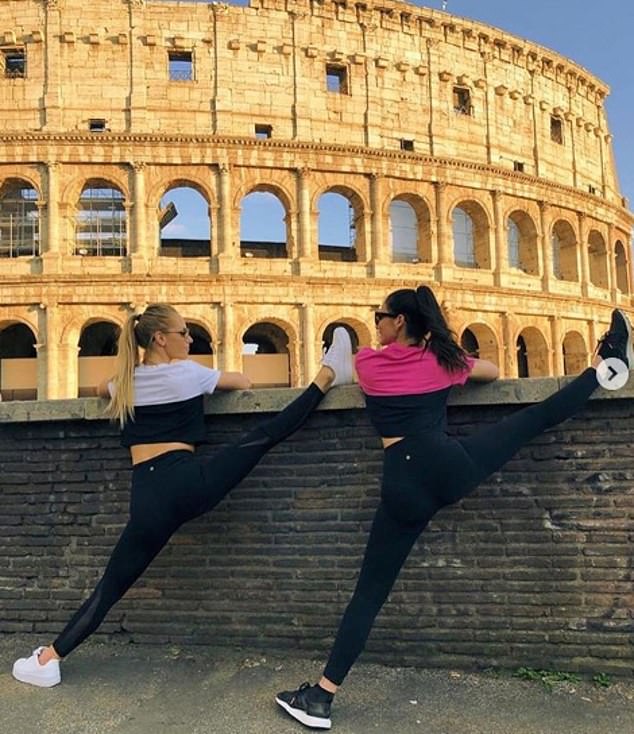 Standing splits: The stuntwoman has helped Olivia’s flexibility come on leaps and bounds after she first took up Martial Arts in 2015  (pictured together in June)