The Duchess of York says that the buck stops with Prince Andrew’s private secretary Amanda Thirsk over his ‘car crash’ Newsnight interview.

Friends of the duchess said she was shocked to return to the UK from an overseas trip to find that the interview went ahead.

They told the that Thirsk should have kept the Duke of York clear of the 50-minute sit-down with Emily Maitlis. 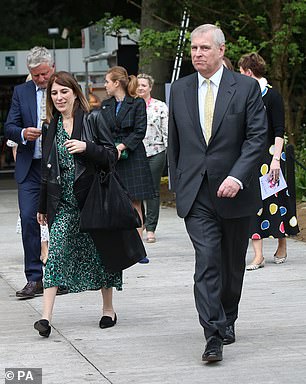 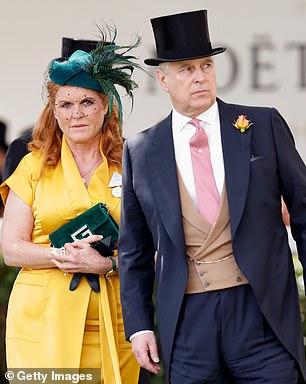 Sources say that Andrew’s car crash interview should be blamed on his private secretary Amanda Thirsk (pictured, left, with the Duke at the RHS Chelsea Flower Show this year) and that the Duchess (right, with Andrew) had nothing to do with it

It comes as the prince faces furious backlash over his friendship with billionaire paedophile Jeffrey Epstein.

The programme centred on whether or not the Royal had sex with Virginia Giuffre after Epstein allegedly trafficked her from the US to London.

Sources have said that the Duchess had no involvement in the decision to go ahead with the interview. 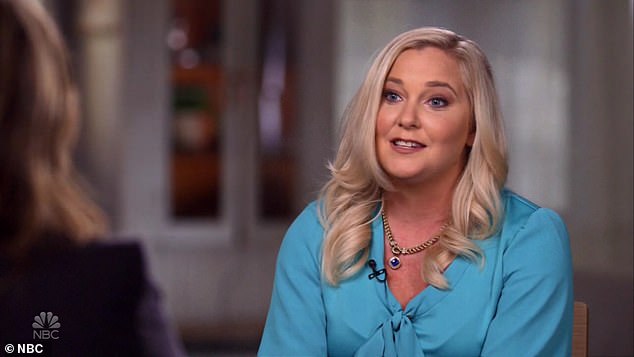 They added that she should not have ‘put him up to it’ because he’s ‘not very quick on his feet’.

It comes after the Duchess described her ex-husband as a ‘giant of a principled man’ in a supportive post on Instagram on Friday.

They divorced in 1996 after being married for 10 years but they still live together in Windsor. 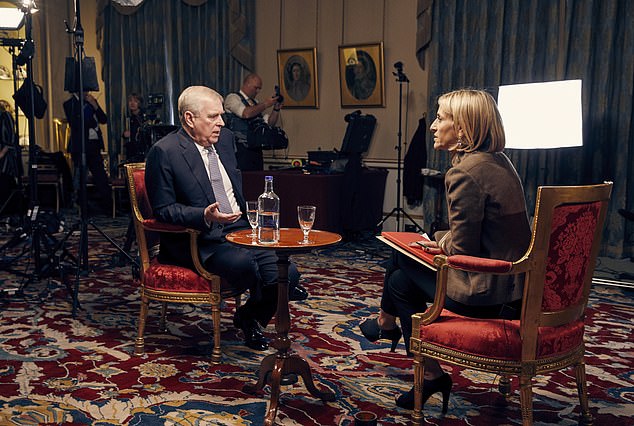 A second source said that Andrew should not have been put before a ‘forensic interviewer’ for 50 minutes to talk about one topic.

They said the matter should have been featured in a wider documentary that takes into account the work he does.

But the source admitted that the private secretary couldn’t make Andrew do anything he didn’t want to do.

The Duchess has previously suggested that her then-husband handled negotiations with Epstein on her behalf in 2011.

She said that ‘the Duke sorted out my debts’ as she admitted that ‘having anything to do with Jeffrey Epstein’ was a ‘terrible error of judgment’.