Seven in ten Americans think ‘s conduct over was ‘wrong’ and more than half want him removed from office, a new poll has found.

The Ipsos/ABC News survey found 51 per cent support for removing Trump through the impeachment process after he told the Ukrainian president to investigate Democratic candidate .

Another 19 per cent think the President’s actions were wrong but do not believe he should be thrown out of office as a result, according to the poll.

Trump won loyal support from 25 per cent of voters who said his actions over Ukraine were not wrong in the first place. 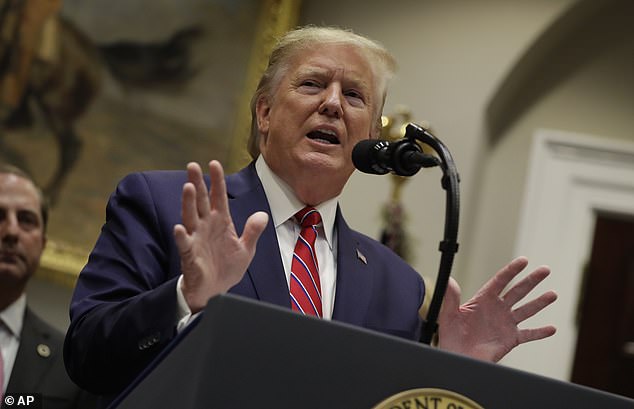 Under fire: More than half of Americans want Donald Trump (pictured at the White House last Friday) removed from office over the Ukraine scandal, a poll has found

Pollsters interviewed 506 adults for the survey which was carried out on Saturday and Sunday.

The poll also found that 21 per cent of Americans had decided their view of the impeachment process based on the high-profile hearings of the last week.

A majority of respondents – 58 per cent – said they had been following the hearings either ‘somewhat closely’ or ‘very closely’.

Nearly a quarter (24 per cent) responded ‘not so closely’ while 18 per cent said they had not followed the hearings closely at all.

On the impeachment question, 51 per cent chose a statement from a list of options which said that ‘President Trump’s actions were wrong and he should be impeached by the House and removed from office by the Senate’.

A quarter of respondents chose the option that ‘President Trump’s actions were NOT wrong’.

Of the remainder, 13 per cent thought Trump’s actions were wrong but that he should not be impeached by the House or convicted by the Senate.

Six per cent chose an intermediate option, saying that his actions were wrong and the House should impeach him but the Senate should not vote to remove him.

Results: Exactly 70 per cent of poll respondents said Trump’s conduct over Ukraine was ‘wrong’, although not all believed he should be impeached and removed 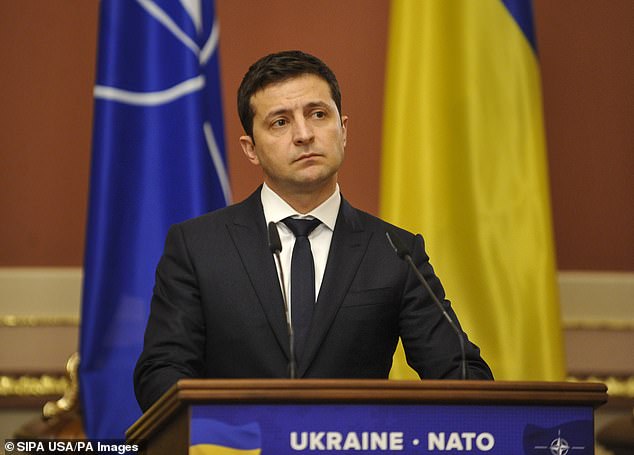 The House impeachment hearings have ratcheted up the pressure on Trump in recent days.

Testimony released on Saturday showed that a top US official had restricted access to the summary of Trump’s July 25 call with Ukrainian leader Volodymyr Zelensky.

The phone call led directly to the start of the impeachment process after an unnamed whistleblower raised concerns about Trump’s conduct.

The White House released a partial transcript of the call, showing that Trump asked Ukraine for a ‘favor’ by launching an investigation into Joe Biden and his son Hunter, who used to work for a Ukrainian gas firm.

‘I would like to have the Attorney General call you or your people and I would like you to get to the bottom of it,’ Trump told Zelensky.

Zelensky, for his part, promised that ‘all the investigations will be done openly and candidly’.

Democrats say the request was an abuse of power, as Biden is a leading contender to challenge Trump for the presidency in November 2020.

Trump admits he made the request but denies wrongdoing, saying he was right to ask Ukraine to investigate the Bidens. They have also denied wrongdoing.

The President also insists there was no ‘quid pro quo’ or pressure applied to Ukraine to do as he had asked.

However, that line of defense has come under increasing pressure as a series of U.S. officials provide evidence to the impeachment probe.

U.S. ambassador to Europe Gordon Sondland provided new evidence of a quid pro quo after saying his memory had been ‘refreshed’.

Sondland admitted he had told a Ukrainian official that Kyiv was unlikely to get nearly $400million in U.S. military aid unless it launched the probe.

Trump has also demanded that the whistleblower, known to be a male CIA officer, be ‘brought forward to testify’ over the Ukraine scandal.

Earlier this month Senator  has said he may name the whistleblower, insisting there is no law to stop him doing so.

The Republican also shared an article on Twitter which speculated in great detail about the whistleblower’s identity and suggested a possible name.

Jenna Bush Hager shares family photo as she remembers late 'Ganny' Barbara
Brother of a Miami woman allegedly murdered shook hands with her killer
Together again! Heartwarming moment a dog is reunited with his military owner
'I have not thought about it': Trump doesn't rule out pardon for Roger Stone
Jokes and memes about Robert Mueller's investigation ending
Men with beards carry more germs than DOGS with deadly bacteria in their facial hair, study reveals
Obama sent an aide to talk Biden out running for president in 2016
Woman tears up Target pharmacy in Portland