Nailing good posture, breathing and digestion can be difficult to achieve despite its obvious importance to our health.

But there are simple tricks that can make a difference.

Physiotherapist Beth Thomas, from in South Australia, recommends using counts of four to calm and regulate shallow breathing, by inhaling, holding and exhaling for four seconds at a time, and placing one hand on the upper and lower chest to determine where your breaths are coming from.

‘Proper posture is a lot more relaxed than you think – allow your shoulders to relax and release the tension,’ she told Daily Mail Australia. 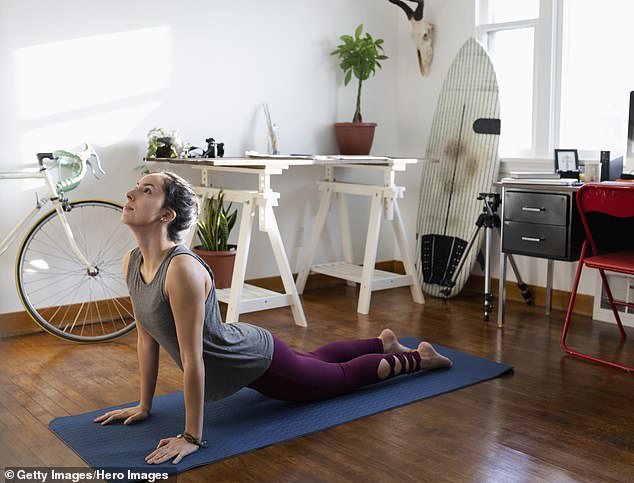 Proper posture involves sitting tall, from the top of your head down through your spine, and keeping shoulders relaxed to avoid creating tension in the neck and upper back (stock image) 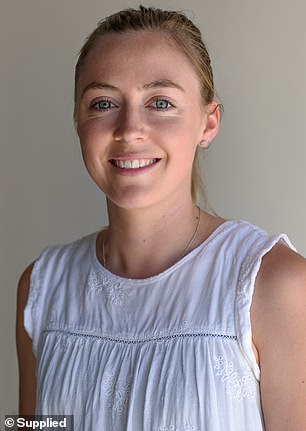 Migraines, headaches and joint pain can all be caused by poor posture, and Beth says these symptoms are so common because of a general misunderstanding about what proper posture actually looks like.

‘Often we think shoulders pulled back and chin up is best, because it’s what we were told when we were younger, but squeezing your shoulders right back actually increases tension in the neck and upper back,’ she said.

‘Correct posture is more relaxed. You should be sitting tall from the top of your head down through your back, with relaxed shoulders not tensed around the spine.’

Beth shared a simple trick to correct slouching, saying: ‘Wiggle or roll your shoulders, do some neck movements and get your body moving a bit before settling into a more optimal posture.’ 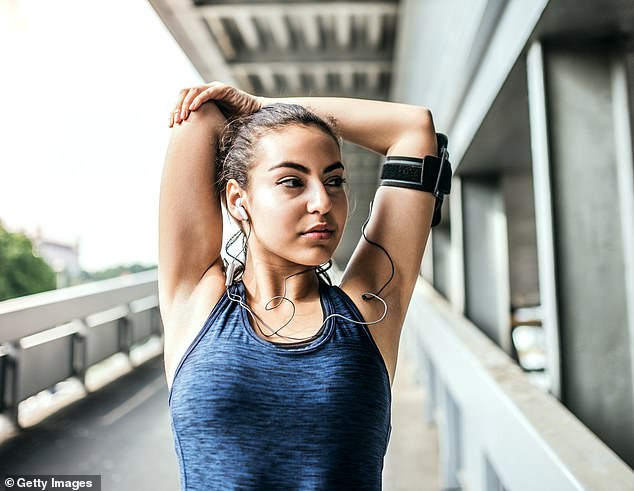 Calm shallow breathing by measuring your breaths in counts of four, inhaling for four seconds, holding for four, and exhaling for another four (stock image)

While we usually breathe without thinking, we don’t always do it correctly.

‘Unless people have noticed their breathing is restricted, most [clients] I see are completely unaware of their own breathing,’ Beth said, adding the most common problem she encounters is shallow breathing from the upper chest.

How the diaphragm allows us to breathe

The diaphragm is a large, dome-shaped muscle which helps the body to breathe in and out.

It sits below the lungs, separating the thoracic cavity – containing the heart and lungs – from the abdominal cavity.

The diaphragm is a key part of the respiration system.

As you inhale, it contacts and flattens, creating a vacuum that pulls air into the lungs.

As you exhale, the diaphragm relaxes and air is released.

‘If you notice you’re breathing more shallowly and sharply than usual, use counts of four to regulate your breaths – inhale for four, hold it for four and exhale for four to calm your breathing,’ she said.

Meditative practices like yoga, Tai Chi and certain types of Pilates can help regulate breathing, but there’s also a simple physiotherapy trick to determine if you’re inhaling and exhaling correctly.

Place one hand on your upper stomach, where the diaphragm sits, and the other on your upper chest to see which hand rises and falls with your breath.

The causes of breathing incorrectly

1. Excessive sitting: Leading a sedentary lifestyle is damaging to the body. When we slouch over desks or lean towards computers, the lungs are squashed, making it difficult to fill the lower areas with air.

2. Sucking it in: Parents often tell their children to stand up straight, with their shoulders back and stomach sucked in, but this forced posture can lead to shallow breathing from the upper chest which discourages us from properly using the diaphragm and stomach, causing tension.

3. Too little exercise: In today’s world, physical exercise often falls by the wayside because of work and social commitments. Cardio training – like running, jogging and swimming – encourages us to become more aware of our breathing.

Beth believes the most common causes of digestive issues are stress, emotional turmoil and poor nutrition, which should be resolved through relaxation techniques like yoga, counselling and consultation with a dietician.

But physiotherapy can also help to alleviate the physical side effects of poor digestion, like stomach aches, bloating and gas, through ‘hands-on releases’ across the ribs and abdomen.