Saturday Night Live’s cold open took a swipe at the Trump impeachment hearings by recasting the week’s testimony as if it was a melodramatic soap opera, starring telenovela star , among others.

‘To make sure people are paying attention,’ over said, ‘we now show how scandalous these revelations really are’ with the soap opera Days of Our Impeachment, where ‘the only thing at stake is our democracy.’ 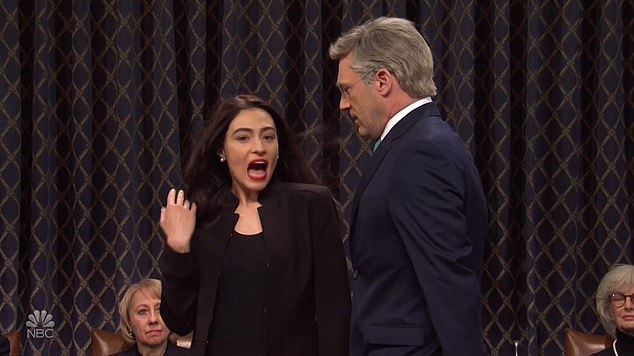 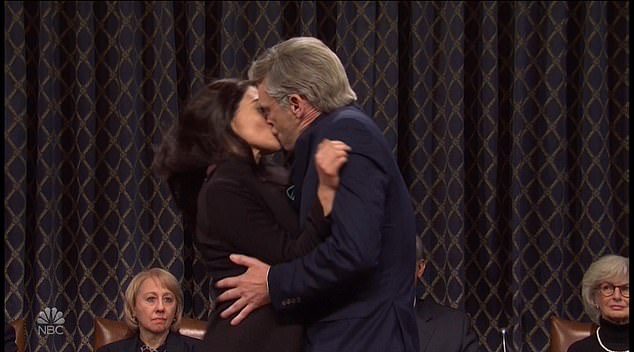 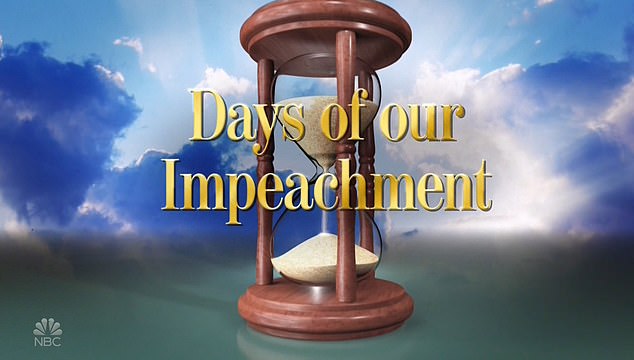 Days of our Impeachment was a parody of NBC’s long-running soap, Days of our Lives

The parody soap opera was a play on NBC’s long-running soap, Days of Our Lives.

The Days of Our Impeachment cast was led by Adam Schiff, played by Alex Moffatt, who proclaimed: ‘Excitement, emotion and none of it from me.’

Then there was ‘cross-examiner with a mysterious brain injury’ – Jim Jordan, played by Mikey Day; Cecily Strong as diplomat Marie Yovanovitch, and Jon Hamm, making a cameo as ambassador Bill Taylor, who noted, ‘I don’t just kiss and tell, I kiss and tell and take notes.’

The parody proceedings started off with Schiff asking Yovanovitch to make her opening statement.

Yovanovitch replied, ‘I’m only here today because I was a target of a smear campaign by President Trump and Rudolph Giuliani that left me publicly humiliated and without a job.’

Jordan then dismissed Yovanovitch by waving his arms and saying, ‘Enough! Enough! This witness is clearly here because she loves attention.’ 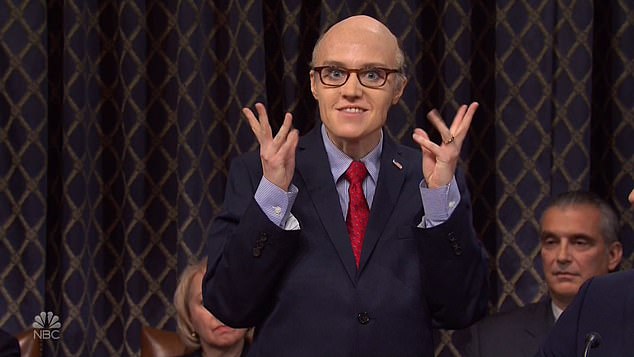 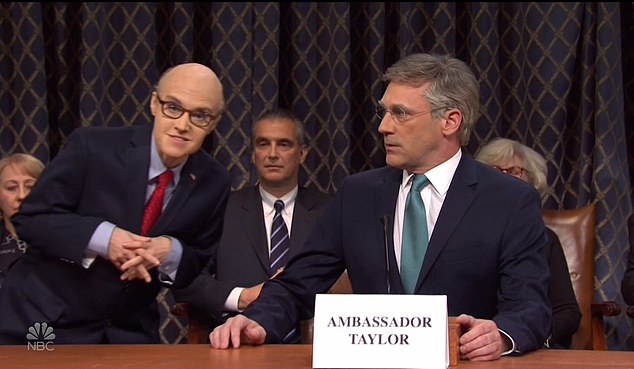 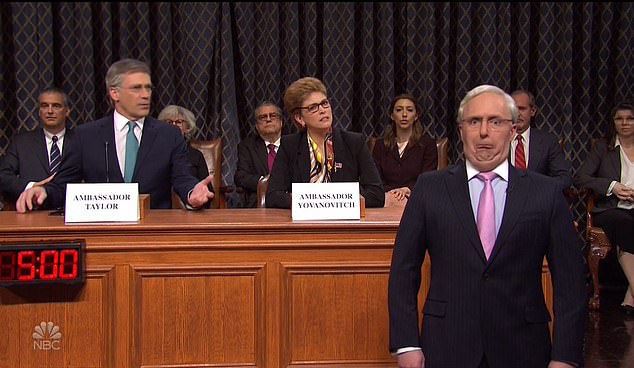 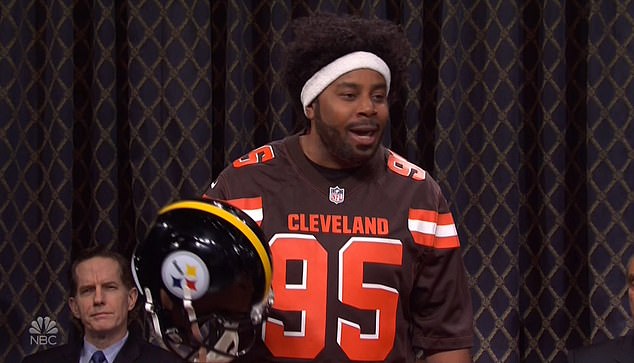 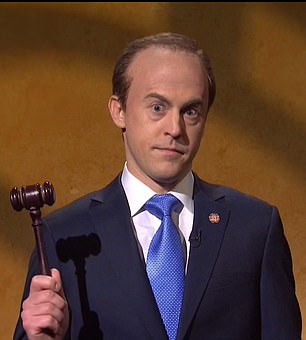 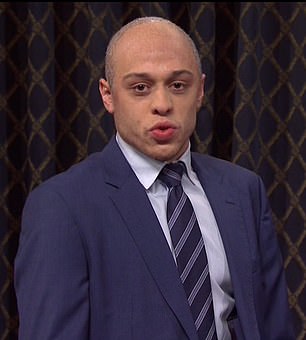 To which she replied, ‘Oh, yeah. I love the glamor and the spotlight. That’s why I spent my career in Ukraine and Somalia.’

After some questioning about whether Jordan would impeach Trump – ‘Well, we would have to look at the facts but no,’ he said – Hamm took center stage as Ambassador Taylor.

‘Unlike the people in the trump administration, I show up. And I have a bombshell revelation,’ Taylor said. ‘There was a second phone call.’

Which opened the door for Kate McKinnon to pop up as Rudy Giuliani and maniacally grin while saying, ‘Mercury’s in retrograde, so my powers are at an all-time high.’

He also noted that he planned to ‘die in a mysterious boat explosion as an insurance policy if the president turns against me.’

As dramatic revelations were made, Heidi Gardner stood up in the background, repeated the revelation and then fainted.

The highlight of the cold open occurred when ‘telenovela sensation, Alexandria Ocasio-Cortez,’ played by Melissa Villasenor, was introduced.

‘This hearing is lacking one thing – a star,’ Ocasio-Cortez said. ‘That is why you need Alexandria Ocasio-Cortez.’

Taylor then turned to Ocasio-Cortez and said, ‘I didn’t expect to see you here.’

To which she replied, ‘And I didn’t expect you to be such a low key daddy. Here’s a red new deal, it’s my lips.’

In true soap opera fashion, Ocasio-Cortez and Taylor then started kissing, which Jordan objected to, but Schiff allowed.

Also appearing in the cold open were Beck Bennett as Mitch McConnell, who noted that the senate would be acquitting Trump ‘sorry for the spoiler’; Kyle Mooney as Ambassador Gordon Sondland, whose memory had returned after a bout of amnesia and Pete Davidson as Michael Avenatti.

Kenan Thompson also appeared as recently suspended NFL player Myles Garrett, who was caught on camera during a game ripping off an opponent’s helmet and hitting him in the head with it.

Garrett said, ‘President Trump just pardoned me for war crimes. He said I could bring my helmet to Afghanistan and just go nuts.’

Giuliani’s character was given the last gag of the cold open, when he showed up with an eye patch on.

‘No, just regular Rudy,’ Giuliani said.  ‘I tried to do that thing where you hold up a magnifying glass and say I’m going to look into that but instead I grabbed a hammer. Not my best day.’

The voice over called Days of Our Impeachment ‘Ridiculous melodrama that’s somehow less crazy than what’s really happening in our government.’