Kosovo fans continued their welcoming gestures towards the England team and their supporters by holding up the St George’s flag before the start of the qualifying match between the two nations.

As the England national anthem rang around the Fadil Vokrri Stadium, many Kosovo fans were seen holding the England flag aloft as a mark of respect.

A ‘Welcome & Respect’ banner was also being shown behind the goal, while they also chanted players’ names in Pristina. 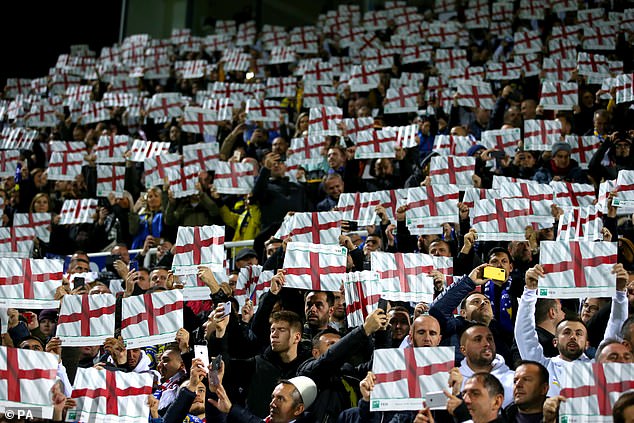 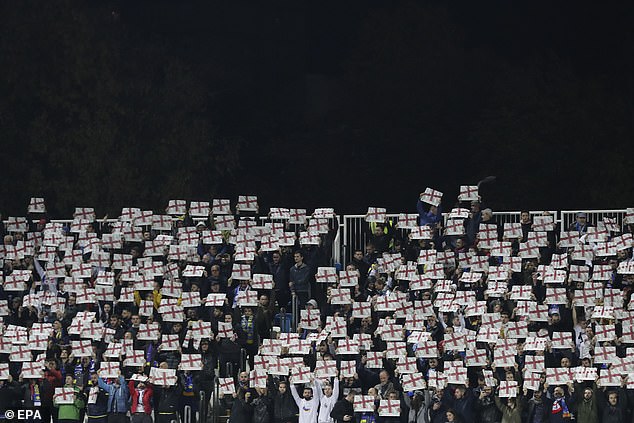 Videos were shared on social media in the buildup to the game of England and Kosovo fans joined together in bars around the capital of Pristina singing songs, including Three Lions.

The gestures were just the latest acts of kindness shown by the fans supporting the home side as a thank you for the country’s help in the Kosovo War, which began in February 1998.

The armed conflict between Yugoslavia and the Kosovo Liberation Army saw many civilians killed and a diplomatic solution fail.

That saw Britain, as part of international NATO alliance, take part in the controversial aerial bombardment of Yugoslavia before the war ended in June 1999.

In the days leading up to the match, Kosovo had demonstrated their gratitude by adorning their streets with ‘Welcome and Respect’ banners featuring a poppy and the English flag. 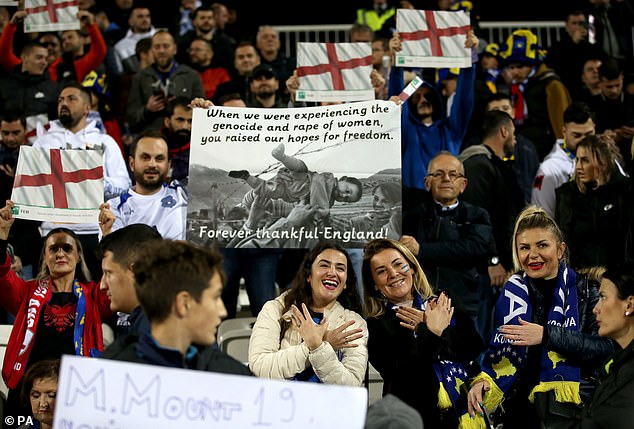 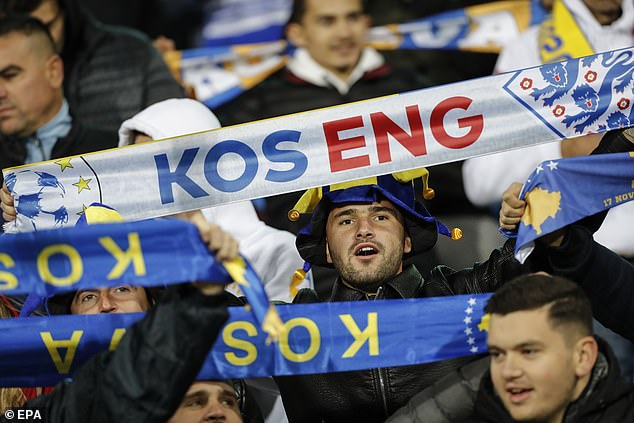 The Kosovo squad also gave up their usual luxurious hotel to England before the final qualifying match for next summer’s tournament.

Kosovo coach Bernard Challandes spoke excitedly about the match in the buildup to Sunday night’s qualifier.

‘If you can remember when we began this European qualifiers I have always spoken about new experiences and progress, about improving,’ he said. 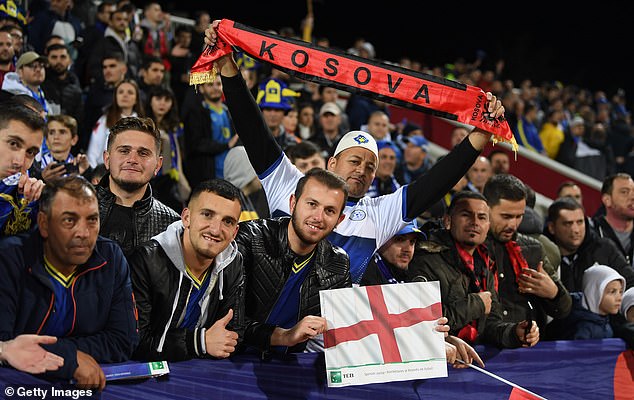