And Angie, 29, has now revealed she will move back to Sydney to be with him, but the couple won’t live together.

Speaking in the latest issue of , Angie said she will be making the big city move soon rather than later. 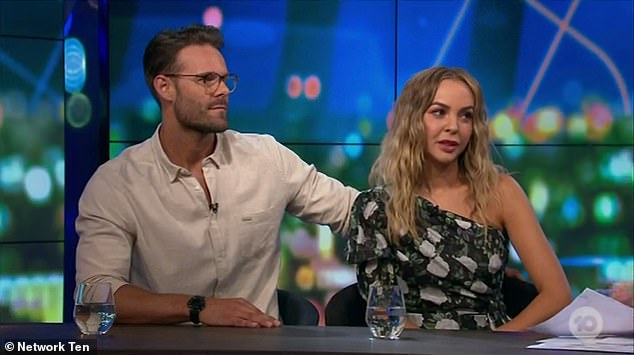 Taking it slow: Bachelorette Angie Kent, 29, has revealed she is moving to Sydney to be with series winner Carlin Sterritt but insists the new couple WON’T live together in an interview with Vogue Australia. Pictured here with Carlin on The Project

‘I will be looking at moving back to Sydney at the beginning of next year,’ she told the publication.

The bubbly former Gogglebox star said the pair have already chatted about it, with them happy to live apart for now.

‘That’s kind of what we’ve had a chat about. Not together, we don’t want to live together yet,’ she added. 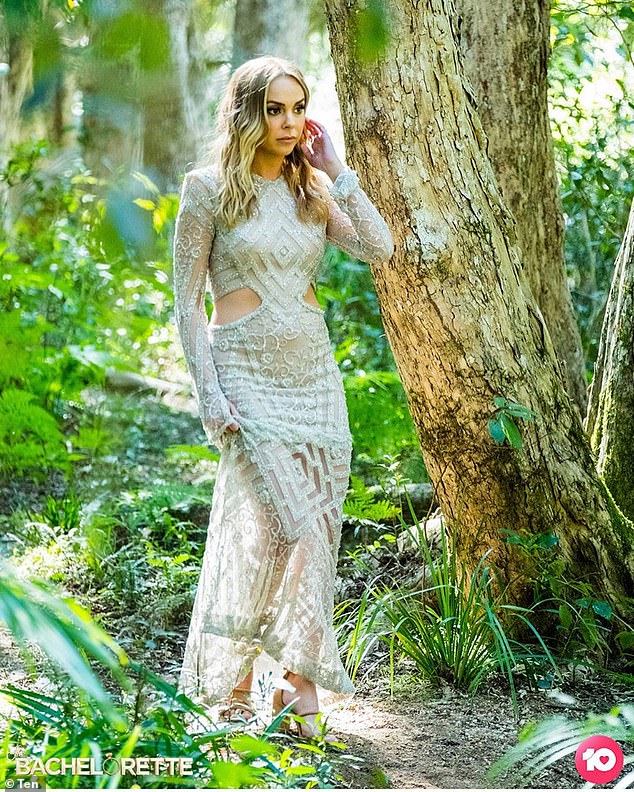 Waiting it out: ‘That’s kind of what we’ve had a chat about. Not together, we don’t want to live together yet,’  Angie (pictured) added insisting the couple just wanted a normal life

Angie has been doing the media rounds with Carlin following Thursday night’s dramatic finale of the series.

Speaking to  on Friday, the conversation turned X-rated as Angie dished on the new couple’s sex life.

‘Everybody thinks he’s the nice little Christian boy, but watch out for those Christian boys. They’re naughty,’ she said with a laugh. 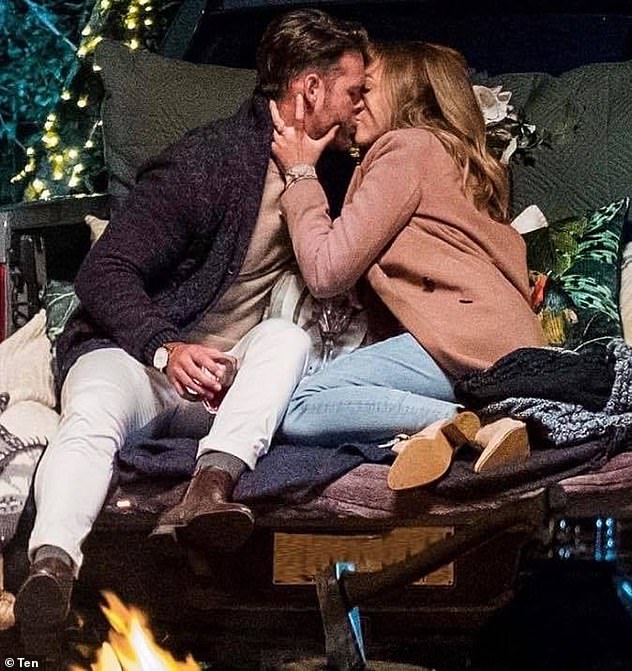 ‘Last night was not the first time we did it!’ Angie got very candid about her sex life with Carlin Sterritt on Friday’s Kyle and Jackie O Show

Angie was asked by guest co-host Beau Ryan whether Carlin, 30, is a good lover.

First reluctant to open up, the blonde finally responded with a simple ‘yeah’.

‘I mean we got to hang out a few times before now. It’s not like last night was the first time we did it,’ she said.

Angie told Carlin on Thursday’s finale episode that she was falling in love with him, leaving runner-up Timm Hanly heartbroken. 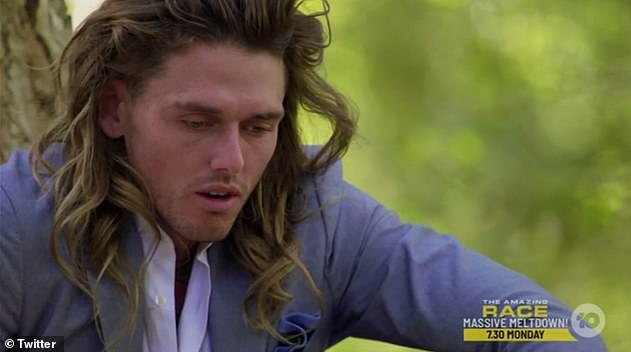 She began by saying: ‘I’m just going to be honest, you’re usually not my type of guy. You’re very put together and I’m not put together. I’m not perfect.

‘I get dressed up in pretty dresses and stuff but I am a f**king mess… I’m just a bit of a grub.

Angie added: ‘There’s no doubt in my mind now that I feel like you are the perfect guy for me. I am completely falling in love with you.’

A delighted Carlin replied: ‘What are you doing to me? Oh, my God. I have fallen in love with you, too!’

The couple had a rocky road to love on the show, with Angie often having doubts about Carlin due to his past as an actor. 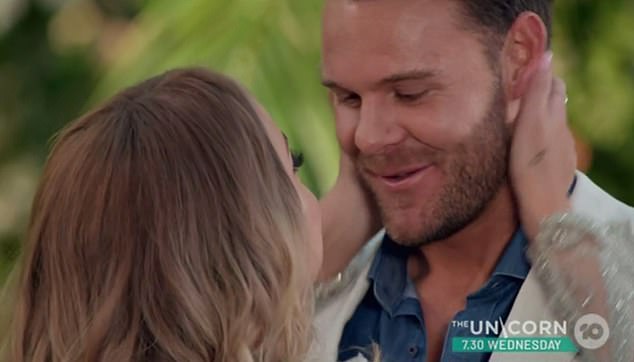 A delighted Carlin told Angie: ‘What are you doing to me? Oh, my God. I have fallen in love with you too!’ on the series finale of the show