NFL star quarterback Tom Brady will play until he’s 47, his controversial trainer Alex Guerrero said Thursday, adding that it was a ‘realistic goal’ for the New England Patriots player.

Alex Guerrero, on a weekly sports radio program, said Brady has long expressed a desire to play the game into his 40s.

‘It all comes to commitment, really’, he said on ‘s The Greg Hill Show. 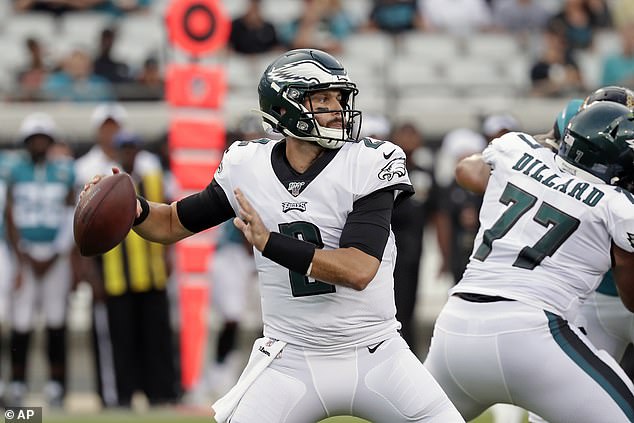 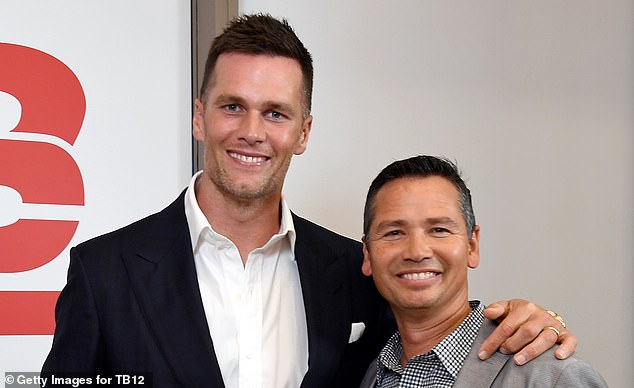 ‘No one thought you could play at the elite level in your late 30s, early 40s. That is something we always felt we could do. I have really wanted to be there to help him accomplish that goal. I certainly do believe that 45 is a very realistic goal’.

Guerrero even adds that he and Brady ‘talk about it all the time’.

Speculation about the 42-year-old Brady’s future has been building as the six-time Super Bowl champ’s contract with the Patriots is set to expire next year, allowing him to become a free agent.

On the same show last month, Brady for the first time publicly indicated he may be moving on from the team, or may be even from his NFL career.

Guerrero, who’s not just worked as Brady’s trainer, also has been described as his spiritual guide, personal guru, and is the co-founder of the TB12 backed by the player, and which has a store location at Gillette Stadium.

The trainer also has been rumored to have rankled Patriots coach Bill Belichick’s feathers — a sensitive point for Brady who when asked about the tension on the same show August 26 declined to answer and abruptly dropped off the broadcast after he was pressed one too many times.

Despite being fined by the US Federal Trade Commission in 2005 for posing as a doctor on television infomercials and making unsupported claims that his TB12 products could cure cancer and AIDS, Brady has stuck by the trainer. 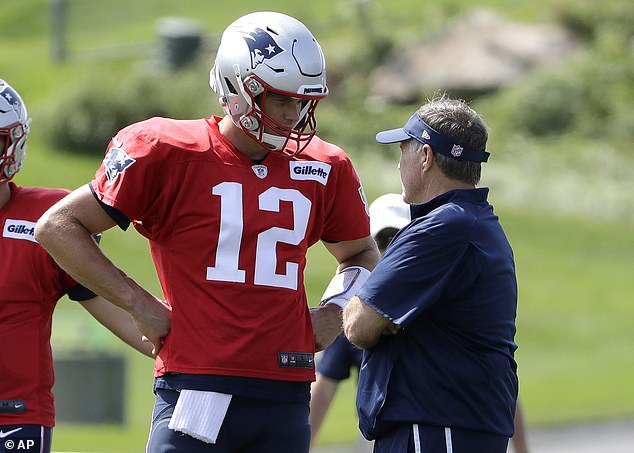 Alex Guerrero, Tom Brady’s trainer, has been rumored to be on Patriots coach Bill Belichick’s bad side — a sensitive point for the star quarterback. Brady is pictured speaking with Belichick during a practice in September

Guerrero did not elaborate on WEEI how it was that Brady feels so good for his age.

However, the player has credited Guerrero for his longevity in the sport.

The trainer de-emphasizes weight training in favor of ‘pliability’ – adding muscle flexibility with the help of resistance bands.

‘Pliability is simply a way to maintain, you know, your muscles long and lean and soft, and it allows the joints in your body to move efficiently and correctly without putting loads on your tendons or your structure’, Guerrero told in 2017.

Before Guerrero, Brady explained on his Facebook show in 2018, trainers were simply icing his arm and telling him to sit out of practice whenever he was hurt. But after a string of injuries in 2004 and 2005, Brady started working with Guerrero, who had previously trained Patriots pass rusher Willie McGinest, and according to the future Hall of Famer, that’s when he started getting healthier. 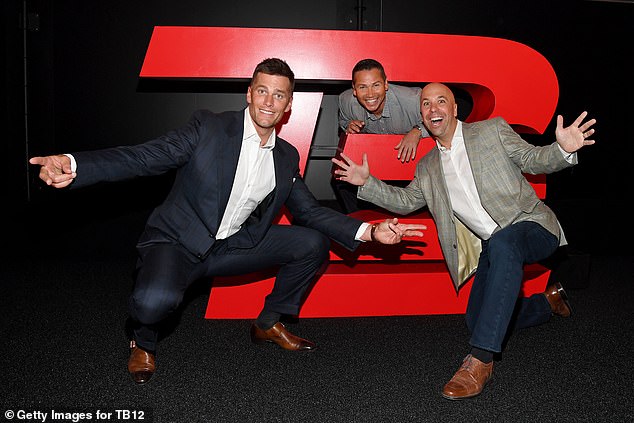 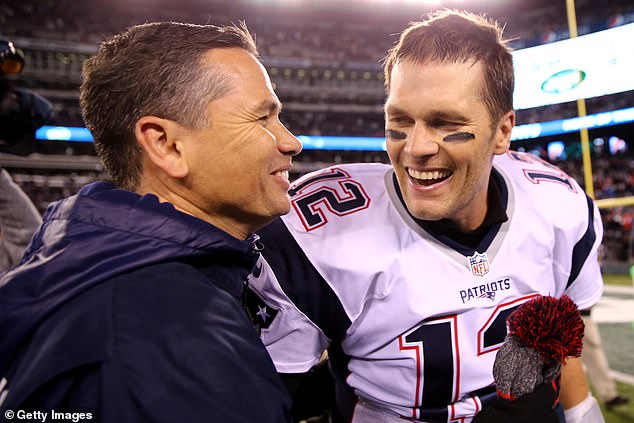 Tom Brady (left) is pictured with trainer Alex Guerrero after defeating the New York Jets with a score of 22 to 17 at MetLife Stadium on November 27, 2016 in East Rutherford, New Jersey. The now 42-year-old player credits Guerrero for his longevity in the sport

Brady explained that Guerrero is primarily focused on pliability, which Brady sees as ‘the lengthening and softening muscles to get them back into balance’.

Then also, Brady has been known to say that he would like to play until he’s 45 which almost aligns with what Guerrero suggested on WEEI.

When asked whether Brady will elect free agency, or show up for the Patriots training camp in July 2020, Guerrero said he did not know.

‘It’s not July 2020. I am focused on today. I am just trying to get Tom ready for practice today. It’s Thursday’, he said on the show.

Brady may be signalling that he is ready to end his tenure with the Patriots, after putting his $35million Massachusetts home for sale and recently being spotted house hunting nearby Connecticut and New Jersey with his model wife Gisele Bündchen.

The couple also owns a $20 million apartment in Manhattan’s Tribeca section. Brady’s TB12 fitness and wellness brand also has been scouting for a location in New York. 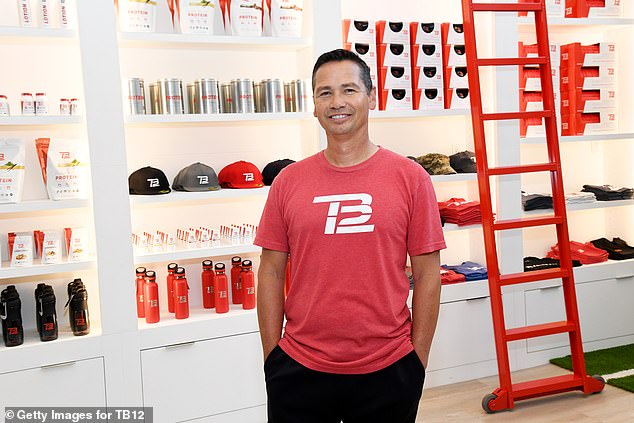 When asked whether Tom Brady will elect free agency, or show up for the Patriots training camp in July 2020, his trainer Alex Guerrero said he did not know. Guerrero is pictured at the opening of a TB12 Performance & Recovery Center on September 17, 2019 in Boston

Body found in Texas lake is Alabama woman, 63, who went missing after floodwaters swept away her RV
Virgin Galactic DELAYS its second attempt to return to the edge of space
O'Rourke wraps up his presidential launch with Austin rally after traveling 900 miles through Texas
The last British civilian killed by the Luftwaffe
Ailing Alex Trebek puts up his California lake house for sale at $1.4M
Antebellum mansion that inspired Twelve Oaks plantation in 'Gone with the Wind' is up for auction
Boeing suffers first annual loss after mounting 737 MAX setbacks and braces for coronavirus impact
Trump and ordered military helicopters to blast protesters with their downdraft